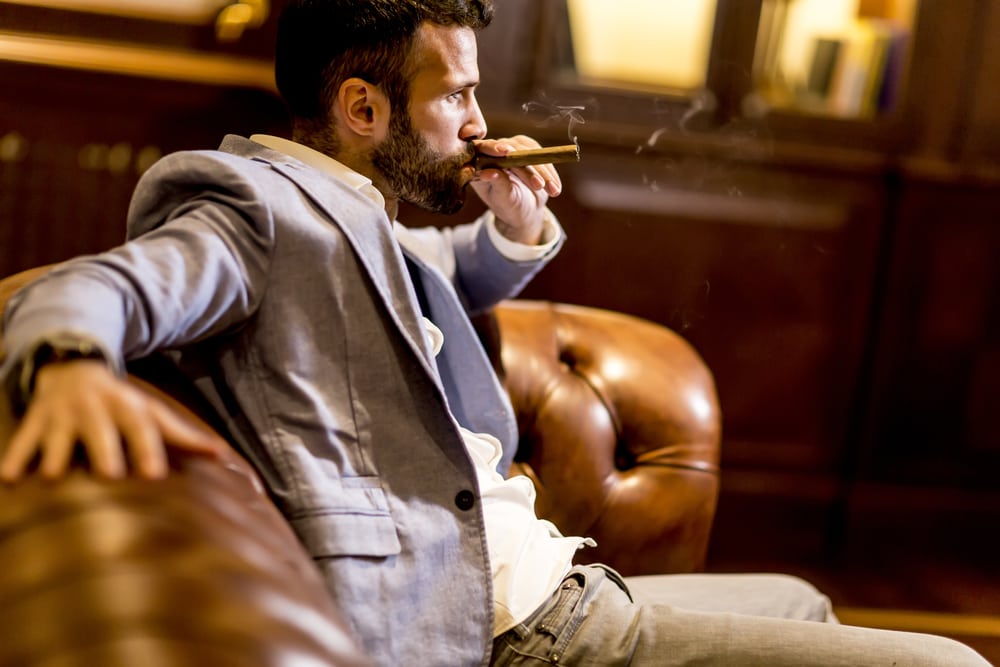 What are the harmful effects of cigar smoking?

Not long ago, a friend of mine (let’s call him Nick) decided to light up a cigar on a camping trip. It didn’t bother me. Truth be told, I have lots of buds who reach for a stogie from time to time. And to keep it real, it’s not like I’ve never smoked one. The reality is I have.

At any rate, as Nick got to talking over a campfire, the focus of his conversation became cigars. While I always knew he liked them, I was unaware of his vast knowledge on the subject.

For the better part of an hour, he regaled me and several others in our party on the diverse types of stogies, including their different names and characteristics.

Do you know the difference between a pyramid and a perfecto? I certainly didn’t. It turns out there are more types of cigars than you can shake a stick at. All I can say is that I was impressed with his knowledge.

But that really isn’t the point of this post. Nope. Instead, the focus is on the health hazards associated with cigar smoking. You see, after that trip to the woods was over with Nick, I decided to do some research.

How could I not? As a former cigarette smoker, my curiosity was naturally piqued. Plus, I also happen to be a certified drug and alcohol counselor. Things like nicotine and addiction just have a way of grabbing my attention.

So, you may be wondering what I found out? I’m about to give you those answers and preface everything by saying that I’m not here to judge. It’s just not my style.

That said, the information appearing below may be helpful to men who want to know more about potential health hazards. Are you ready? Check it out.

Probably not the news you want to hear but according to most research studies, men who smoke stogies put themselves at higher risk of cancer than non-smokers.

The same lines of research suggest cigar smokers also are at increased risk for the development of coronary heart disease. Other nasty health conditions include being at greater risk for COPD, and cancers of the upper aerodigestive tract and lung.

2. One cigar can equal as much tobacco as a pack of cigs

While this one may be hard to believe, it’s completely true. One cigarette typically contains less than a gram of tobacco. But a single cigar may hold as much as 5 to 17 grams of tobacco.

Tobacco, when mixed with nicotine (see next point) is known to cause a variety of serious medical problems. This includes muscle loss, heart problems, breathing issues, cancers, and ultimately, death.

3. Cigars have more nicotine than cigarettes

Most people think cigs are terrible because they contain nicotine; a highly addictive substance that has a calming effect on the central nervous system.

You may think smoking cigars is better for you because they don’t have much nicotine in them. If this describes you, listen up.

Ever notice how you can easily pick up on someone smoking a stogie? There is a reason for this and it’s not just because of the scent.

Instead, it’s about cigar smoke concentration levels. Vapors from cigars are more powerful – and toxic -than their cigarette counterparts. Much of this has to do with packaging and storage.

But the bottom line is cigars don’t burn as quickly as cigarettes. As a result, the vapors they emit tends to be more concentrated and deadly.

5. Your teeth can rot out

Like cigarette smokers, guys who toke on cigars place themselves at greater risk for early tooth loss.

The research also suggests that men who smoke also are at greater risk for certain dental diseases, including the dreaded periodontitis.

6. Inhaling or not, it is still bad for you

A lot of guys who light up a stogie will tell you that they “don’t inhale” and therefore, aren’t at risk for developing health problems.

But is that really true?

According to Biomed Central, the answer to that question is a resounding no. Going by what they have uncovered, men who don’t inhale are “Three to ten times more likely to die from oral, laryngeal, or esophageal cancer than someone who never used tobacco.” See the published material here.

7. Screws up your workouts

Are you a man who likes to work out? Hoping to pack on muscle? If so, you might want to stay away from those cigars.

According to what is published on the U.S. Department of Health and Human Services website, smoking can seriously screw up your workouts.

Reasons include a slower heart rate, which makes it harder for your blood to carry oxygen and important nutrients to muscles.

In fact, going by their words, “Smoking may make your blood “sticky” and your arteries may become narrow. Narrow arteries reduce the flow of blood to your heart, muscles, and other body organs, making exercise harder.”

I started off this post by sharing a recent camping experience with my friend Nick. You may be wondering if I ever went back to him and revealed what I’ve posted here?

The short answer is no – let me explain why.

Nick pretty much knows all of this. Given his keen insight into all things cigars, he kind of said as much over the campfire. Will that stop him from reaching for a stogie in the future? I have no earthly idea.

But I do know this. Cigar smoking is addictive. One of the byproducts of addiction is the psychological defense mechanism called denial. Maybe that is going on with Nick – who knows?

I’m still his bud and if he ever does want to quit, I’m going to be there for him.

Teens Who Vape Twice As Likely To Become Cigarette Smokers

Cigarette smoking and teens Vaping has been all the rage among teenagers for the last several years. But new a new line of research conducted by investigators at the University of California, San Francisco (UCSF) […]

Are Two Drinks A Day Too Many For Some Men?

Men who consumed alcohol during late teens may be at increased risk for liver disease. A new study appearing in the Journal of Hepatology offers new insight into men who are at risk for liver […]