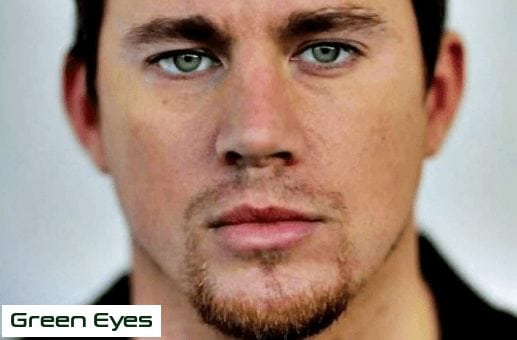 Did you know these facts about  green eyes?

Looking for facts about green eyes? Do you have family members or friends with this eye color? Have you ever wondered where green eyes come from?

If the answer is yes, join the club. Many people are curious about green eyes because they are so fascinating.

While there is no way to be sure, scientists think 2% of the world’s population has green eyes. The frequency of seeing green eyes in people largely depends on geographic location.

An example can be found in northern Europe, particularly the Scandinavian countries, where approximately 80% of the population has greenish blue eye color.

This article is all about your eye color and will touch on green, blue, brown and amber eyes. My hope in penning this piece is to help you better understand how you got unique eyeshade.

In this article, you will learn:

Many people think that green eyes are a result of ocular pigmentation. But that is a common misnomer. That is because eye pigments don’t contain eye color.

In other words, people with blue eyes don’t have blue pigments and people with brown eyes down have brown pigments.

To help offer clarity, let’s discuss examine several terms that will serve as a foundation for all that follows. I’ve tried to keep the language simple to avoid confusion.

Now that you have an overview of the terminology, let’s move on and explore 25 amazing facts about green eyes that might surprise you!

1. How people get green eyes

Green eyes, like any other eye color, are a function of genetics and influenced by 1) the pigmentation of your iris and 2); the way light scatters across the melanin base.

In evolutionary biology, genetics and heredity converge to create a trait in an organism. In humans, this can mean an expressive trait of green eyes.

Have you ever noticed that some people have different shades of eye color? For example, your friend may have hazel eyes and your cousin may have seaweed color.

Part of the reason for this relates to the phenomenon of Rayleigh scattering; a ten-dollar term used to describe the way light scatters along the spectral wavelength.

An easy way to think of concept is to consider how the sky looks on a clear day. Usually, it’s pale blue. The reason you experience that color is the way light travels across the atmosphere and reflects off the planet’s oceans.

Mars, conversely, is devoid of oceans. Its surface is a brownish red. As a result, the Martian atmosphere gives off a rust color, a reflection of the ground below.

A 2008 study in the American Journal of Genetics ushered in a new era on how we think about eye color. In the past, most people thought pigmentation was a function of a dominant gene.

The research, however, suggests as many as 16 genes may be involved with a direct impact on how color is expressed in the Iris. Scientists refer to this as a polygenic gene.

There is some anthropological evidence of people with green eyes dating back to mankind’s early beginnings. Researchers believe people with light colored eyes lived in the mountain system in Eurasia, located between the Black Sea and the Caspian Sea.

In evolutionary terms, this area is known as the “Silk Route”; a natural land bridge that existed between 120 BCE – 1450s.

The silk route had a critical role in the creation of the early civilizations of China, the Kingdom of Korea, swaths of Japan, the Indian subcontinent, regions of Persia and the Horn of Arabia and Africa.

Early traders used this route for the purposes of trade. It is believed peoples from the various regions met one another on this path and would – as humans do – to procreate.

This may be why we see so many individuals with green eyes across parts of Europe, Africa, and Asia.

The OCA2 gene is thought to influence eye color. OCA2 gives instructions for making an enzyme called the P protein. This protein is housed in melanocytes; specialized cells that discharge a pigment called melanin.

While scientists aren’t totally sure, some believe a lack of P protein, created by OCA2, may be responsible for color intensity.

This may help to explain why some people have bright green eyes and others have hues of hazel-brown. Yellow and blue, when combined, make green.

Many scientists believe light colored eyes, including green, may have first shown up in people of Iranian, Spanish, Brazilian and Pakistani descent in the early part of the Cenozoic period.

In geologic time, this would be between the Pleistocene and Holocene epochs, some 2 to 3 million years ago. See this geologic time scale to learn more.

In many ways, this makes sense when one considers the Silk Route mentioned in fact number four.

8. Green eyes are seen in all races

The presence of green eye color can be found across all races. Contrary to urban myth, this shade of color is not unique to persons of European descent.

Because of genetic mutations that have occurred over the millennium, we see variations of green across our species.

While your eyes are fixed in their color, this doesn’t mean they can’t change. In truth, certain health conditions can alter how they are experienced by others.

For example, should you have glaucoma and are treated with certain medications, your eye color can permanently change.

Horner’s syndrome and Fuch’s heterochromic iridocyclitis can also change your eye color. This is why you should contact your doctor if you ever notice any sudden change in vision or notice something different about your eye color.

People with light colored eyes, such as greens and blues, are thought to be at higher risk for certain types of cancers, such as intraocular melanoma.

Regardless of eye color, you should wear sunglasses that offer protection from ultra-violet light. Never stare directly into the sun as doing so can damage your vision permanently.

You can buy sunglasses almost anywhere, but optometrists recommend polarized lenses that offer maximum protection. An example can be found these Gamma Ray glasses (See Amazon).

Have you ever noticed that when a person drinks alcohol, the intensity of their eye color seems to change? Some describe this phenomenon as a glossy-look.

What’s really going on is the person’s pupils are dilating. In turn, this can impact intensity levels.

The medical name for this condition is Heterochromia. While there isn’t firm agreement among scientists about the causes of this unique ocular feature, some believe it relates to a gene mutation.

13. No two eye colors the same

Your greenish eyes may closely resemble the same shade as your grandmother but one this is for sure – they aren’t carbon copies.

That’s because no two people have exactly the same eye color, with the exception of identical twins.

The way a person’s eye color is perceived can be influenced by cosmetics. In this way, it is possible to create the illusion of greater intensity.

Many women opt for composing kits that are designed specifically for green eyes, such as Gorgeous Cosmetics (See Amazon).

15. Color can change with age

Some people notice that over the course of their lifetime, their eye color will change. While it’s unlikely someone will go from blue to amber, it’s possible a brown can transform into hazel.

Conversely, others may notice their eye color will darken, making hazel eyes transform into brown.

If you have allergies, you may have noticed that your eye color may change in intensity. An example might be a light green appearing to turn greener.

Much of this has to do with the relationship between histamines and the cornea tearing up. With greater amounts of moisture, the more intense eye color appears.

17. Time of day and green eyes

In the morning, a person with green eyes may appear to have a hazy color. As the day continues, the intensity may sharpen.

Some of this has to do with blood circulation and how various nutrients are delivered to the eyes.

Many people use vitamins that are specifically created for ocular health and to brighten (See Amazon).

Do your eyes become brighter when you feel happy? Do they become more colorful when you are angry or sad?

The reason is that your pupils are dilating in concert with your feeling state. Emotions have long been known to influence how eye color is experienced.

In the technical sense, the actor who is known for playing Hans Solo in the Star Wars saga, as well as Indiana Jones, has green eyes. Well, a variation of green to be exact.

Ford, born in 1942, has green-blue eyes. Look at some of his photos and you will notice how they have changed over the years.

According to a number of public surveys, including a poll conducted on this website, green eyes are considered the most attractive of the different shades.

Blue and hazel are also popular. Not to be left out, brown is also enjoyed by many.

Many people believe that people with green eyes are more susceptible to eye puffiness and the dreaded “baggy eyes”.

While there is no clinical proof of this, we do know some races are more likely to struggle with allergies than others, according to research.

It is possible to effectively treat baggy eyes with simple home remedies. However, to get to the root of your puffiness, it is best to visit a doctor.

Your eye color is also linked to the concentration of melanin in your pigmentation. The greater the melanin, deeper the color.

Hazel eyes, for example, have a kind of middle ground amount of melanin that helps reflect outward a greenish brown hue.

24. Some animals have green eyes

We like to think of eye color in terms of humans but in truth, many animal species have green colored eyes.

Examples include cats, dogs, reptiles, and some fish.

Your clothing choices can influence how others experience your eye color. In the case of greens and hazel eyes, shirts, jackets, and sweaters that are gold, blue and emerald can give your peeps more vibrancy.

Some people believe there is a relationship between eye color and personality. Perhaps you do as well?

Here are some common traits [not based on science] related to personality and eye color:

Just for fun, I’ve published a poll that asks you about your beliefs regarding eye color and personality.

Obviously, it’s not scientific so assess the results through the lens of entertainment only.

Dark Blue Eyes: Learn About People With This Unique Color

Table of Contents Blue Eyes are Most Unusual!What is the science of blue eyes?Blue Eyes and GenesCan your eyes change to blue?Eye color can change because of health reasons Blue eyes and associated health risksPhenomenon […]