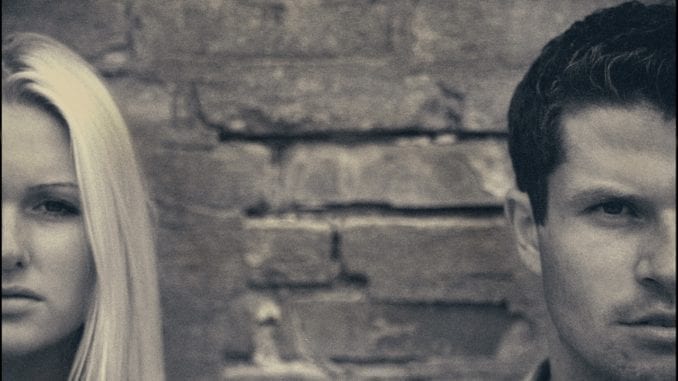 Does hypnosis to get over your ex work?

Recently, I broke up with a person I dated for a year and am having a hard time getting over the relationship. I am wondering if you think I can use hypnosis to forget someone?

Yes, I know this probably sounds like a stupid question but I’m asking because I heard from a friend that it works. I’d love to hear your thoughts on this.

I’m glad you wrote because this is a question that people want to know about more than some might think. And to keep it real, a few years ago, I went through a breakup and turned to hypnosis as a way of working through. Further down, I’ll talk about my experience.

But before we get too far in, I want to speak to your pain. While I can’t be sure, I’m thinking you are feeling pretty low right now. Otherwise, you wouldn’t have written “Ask Jack” for guidance.

The dirty little secret is that when guys break up, we do it in ways that aren’t always helpful. Here, I’m talking about things like pretending the relationship didn’t exist or drowning our sorrows in booze. Obviously, this isn’t true of all men but for a lot of us – it is.

Which makes me wonder how you have been coping since your relationship ended? For example, are you reaching out to people for support or are you bottling it up inside?

If you are like a lot of guys I know, it’s the later. This means not talking about your ex with anyone, including your feelings.

Should this describe you, know that I completely understand. Let’s face it, most of us aren’t inculcated to talk about our emotions. Chalk it up to toxic masculinity or hypermasculinity I suppose.

Which brings us to the heart of your question. Can hypnosis help you forget someone?

I’m going to answer this in two parts. The first is based on my experience with the use of hypnosis after a breakup. The second part comes from a discussion I had with a hypnotherapist after receiving your note.

In my case, I sought out the services of a hypnotist after a super bad break up with a girl around ten years ago. I’m purposely saying “super bad” because when things fell apart, she ended up ghosting me.

In case you don’t know, being ghosted means the person disappears from your life. This means no phone calls, no emails, and no social media. Talk about extreme use of the no contact rule!

At any rate, I was kind of shattered. Sure, I could function and get through the day but there was always this terrible sense of loneliness in my gut.

Whenever I would hear certain songs, see certain television shows or even smell specific foods, like a pizza, I would think of her.

Can you say crazy? Because that is how I felt. The bottom line is that it didn’t take much to trigger memories of her and “us” if that makes sense.

And I’m not even going to tell you how difficult it was for me to get with other women in the biblical sense. Yep, I tried to medicate my feelings through hookups. All I can say is that it didn’t work. Half the time, I felt disconnected. The other half, I felt guilty.

At some point, things got so bad that I couldn’t deal with it anymore. I became obsessed. That’s when I turned to hypnosis with the hope of healing.

The first person I went to was complete B.S. It was some unlicensed guy who wanted to charge me $325.00 per session and said I needed three of them to be “cured” of my sadness.

But the second person I found was a licensed mental health professional who had board certification in hypnotherapy. After we talked on the phone, he told me that he thought I needed counseling more than anything else. But he also said that when combined with therapy, hypnosis might help.

At the time, I hadn’t really thought about it but it kind of made sense. Nobody can get instantly make another get over someone, you know?

And so, I ended up making an appointment. My insurance paid for it. Long story short, I found myself in therapy for several weeks.

During some of those sessions, the psychologist I saw did use hypnotherapy. But the thing is, that was only a small part of our work together.

Much of our time was focused on my feelings in the immediate aftermath of the breakup. Additionally, we also talked about “unprocessed grief”.

In terms of the actual hypnosis, the psychologist basically engaged in something called guided meditation with me. During the entire process, I was completely aware of what was going on. It’s not like you see in the movies where a dude swings a watch.

But the real healing happened because I opened up and let out all of the pain. Psychologists call that catharsis.

By the time therapy was over, I felt a lot better. But it didn’t happen overnight. The hard truth is it took time and lots of work to get through the pain.

Part of this meant doing homework assignments and listening to the hypnotic [affirmation] recordings he gave me.

OK, now it’s time to move on to my discussion with the professional I mentioned earlier. I spoke to Dr. Greg Harms, a licensed psychologist in Chicago, Illinois and a certified hypnotherapist.

For the record, he was not my therapist.

Here is what he told me when I asked him straight out, “Can hypnosis help you forget someone like an ex?”

“Hypnotherapy alone isn’t going to fix a broken heart. I wish it could – truly. But when it is combined with counseling, it can be beneficial,” said Harms.

He went on to share, “As a tool for coping, hypnosis is great for anxiety and for promoting self-care activities. But there’s no such thing as a quick solution.”

So, there you have it BH. The perspective of someone who personally went through hypnosis to try and forget someone plus the thoughts of an actual hypnotherapist.

My friend, there’s no doubt about it. Breaking up is hard to do. If you really want to move past the relationship with your ex because you are feeling stuck, I highly recommend working with a professional.

You might also want to pick up a guy focused book. For example, consider getting a copy of, The Break Up Manual for Men by Andrew Ferebee. It’s an awesome read and really encourages the healing process.

I hope what I’ve shared in this reply was helpful to you. Sorry you are going through this right now. In time, things will get better. But must do the work to make that happen.

Be sure to come back and update us on your status.

What To Do If Your Girlfriend Never Initiates Sex

Creating change in the bedroom Are you in a relationship with a woman who never initiates sex? Feeling frustrated with (yet again) having to be the person to get things going? Curious if she still […]

When Should I Use the No Contact Rule and For How Long?