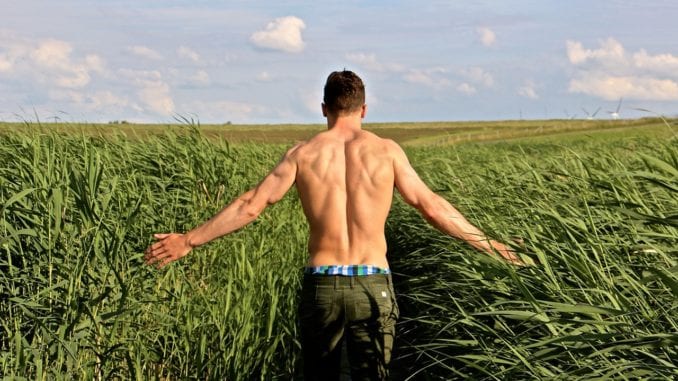 When she reveals she’s not attracted to you.

Last week, my girlfriend blurted something out that really made me feel like crap. When I went to kiss her, she pulled back a bit and then confessed she wasn’t sexually attracted to me.

We’ve only been dating for a month so it’s not been that long. Still, to hear her say it really messed me up. We haven’t officially broken up but isn’t that what happened when she made the comment?

In reading your question, I couldn’t help but feel tons of compassion for you. One of the most hurtful and difficult things a guy can ever hear is that a mate doesn’t find them attractive.

Sure, I could wordsmith here and offer definitional constructs about various forms of attraction. But the hard truth is sexual attraction is important – particularly during the start of a new romance.

The note you sent refers to this woman as your “girlfriend”. I am wondering if this meant she thought (thinks) of you as her boyfriend? Knowing the answer to that question matters because both terms carry the implied meaning of being an item.

Now, rather the arrangement is exclusive or not is a different story. One month into dating, it can go either way, depending on the situation.

At any rate, the question is what to do now.

First, let’s make sure that what she said didn’t come from a place of anger. In other words, sometimes a person will reach for the “not attracted” card after an argument or a fight. Did something like this happen? Not that it’s a valid excuse. It’s not. But knowing the answer may help to contextualize things.

Assuming there wasn’t a spat, here’s what I’m going to tell you – straight out. Let the relationship go.

If you are only 30-days into something and she’s already telling you things aren’t clicking in the intimacy department, it’s hard to see how your relationship will improve. Sadly, what’s happened is you were rejected.

I can imagine being told something like this was devastating, particularly if you have feelings for this woman. In the past, I’ve worked with guys who have shared hearing such a thing sent them over the edge.

In more than one case, I’ve even spoken to men who decided to partake in a journey of personal transformation; meaning they became super involved at the gym to prove something to an ex.

But here is the problem with that approach. The motivation for change should never be made to win another back. Instead, it needs to happen because of something we desire for ourselves. And so, if there is a part of you that is contemplating this right now, I urge you to reconsider.

Now look, there are going to be people reading this who will say that “sex is only one part of the relationship”. I don’t want to take away from that because it’s absolutely true. Still, it matters a lot and it shouldn’t be minimized.

If the two of you had been together for 10-years and she made this kind of remark, I might have a different response. In truth, levels of attraction do change between people as time goes on. It’s normal – it happens.

But at the onset of a new romance? No, it’s not okay. And in the off chance that she said this to you as a way of hurting your feelings, that’s certainly not okay either.

Think about it for a moment. If she says things like this to you now, what will she say in a year? How about two years? Will it become an excuse to cheat on you?

Speaking of cheating – sometimes people (meaning women and men) will reach for the “not attracted” card shortly after stepping out.

Do you know if there is someone else in the picture? That might help you to deepen your understanding of what may be going on. That said, you can’t make someone feel sexually attracted to you. It’s either there or it isn’t. No amount of magical thinking is going to change the dynamic. That may not be what you want to hear but I’m just being real.

Right now, the best thing you can do is move on. Yes, that is easier said than done. It sucks when we like a person in the romantic sense (including sexually) and they don’t feel the same way.

But trying to make it work when it is already broken doesn’t make sense. You deserve to be with someone who does find you attractive – meaning all of you.

But let’s just say that 5 minutes from now, she came knocking on your door – looking to get it on. Ask yourself: Would you really want to?

5 Signs That Someone Likes You Back

How do you know if someone is into you? Have you ever worried about whether the person you’re into is into you back? This is an age old question that every person feels, and can […]

If you think women won’t date you because of your looks, think again. Are you a man trying to find love? Have you been on the dating scene for a while now? Do things start […]