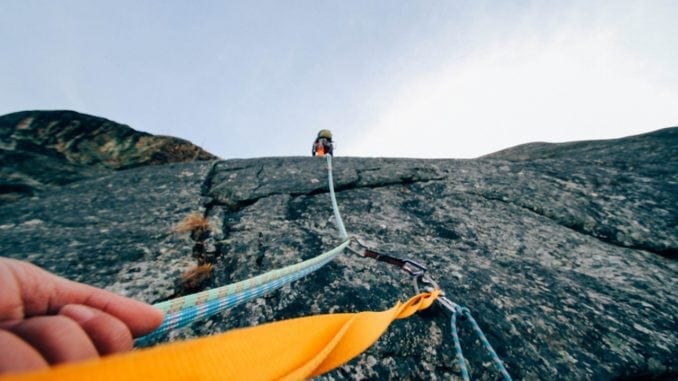 If the answer is yes, you’ve come to the right place.

Ever since I can remember, I’ve been fascinated with leadership studies. It’s part of the reason I was motivated to earn an undergraduate in management and later, a master of business administration (MBA).

One of the top questions I get from students in organizational psychology classes is: What makes a great leader? Learners also want to know the specific personality traits that make someone better suited to take charge.

Over the years, I’ve learned there is a significant difference between managers vs. leaders (Moore, 2017). That’s because, managers administer whereas leaders innovate.

If you are currently enrolled in a business class or taking leadership courses, there’s a good chance you’ll be asked to explore the different styles of leadership.

What’s important that you know is this: Leadership is both an art and science. It’s also an evolving field of study that that’s relatively new. We’re talking the last 100 years so, give or take.

Some of the first leadership theories developed were focused on specific qualities that differentiated between leaders and followers. Newer theories explored other variables like skill levels and situational factors.

Given the complexities of this topic, I thought it might be helpful to create an easy resource that helps you to better understand the current constructs, broken down into eight main leadership theories.

This leadership theory suggests that some people are born to lead. In other words, a person is gifted inherent traits that make them uniquely suited to lead others.

Some example characteristics include intelligence, confidence, charisma, and social skills. When combined, they swirl together to create a great leader. An example of someone who might fit into this construct is President John F. Kennedy.

At their core, great man theories operate on the belief that leadership skills are a function of heredity. Experience is not factored into the equation.

Instead, great leaders are born – not made. Many of these theories place the person on a pedestal and assign near mythic qualities. They also are destiny based, meaning the individual rises to power when needed.

Current thinking suggests this is an outdated theory because it’s usually tied to gender roles. That’s because, at one time, leadership fell under the exclusive purview of males. This is particularly applied to military leadership.

In the early 1900s, researchers examined the traits of people who were thought of as great leaders. Similar in nature to the great man theory mentioned above, trait theories operate under the belief that effective leaders are born with specific characteristics.

The primary traits include:

There have been many criticisms of this theory because researchers assert there’s no way to differentiate these traits from leaders and followers (Ludden & Capozzoli, 2000).

In truth, there are many people who possess the characteristics described above who never seek out leadership positions.

In many ways, this is an adaptable approach to leadership because it contains both directive and supportive dimensions. Application largely depends upon the follower dynamics.

If the leader is considered to be the most experienced and knowledgeable on a given topic, an authoritarian style of leading is employed. Where followers are considered to be more skilled, a democratic style is used.

Many researchers feel situational leadership theories are practical in nature, particularly in organizational settings. When democratic styles are employed, they also can help with employee development.

Developed by Fred Fiedler and associates, the contingency model suggests that environmental factors are key to leadership effectiveness.

In short, contingency theories proffers that the most appropriate leadership style is linked to whether the overall situation is favorable or unfavorable to the person.

As the situation changes, the requirements of the leader also must change. Three elements are key to this model:

A strength of this approach is the that it is predictive in nature. It also doesn’t require the person to be all things to all people.

A weakness of the contingency theory is it doesn’t explain why individuals are more effective in some situations than others.

Completely opposite of the great man theories are the behavioral theories. Under this dynamic, the belief is that leaders are made and not born. The operative word is behavior. In other words, the focus is on what the leader does and not the psychological qualities or inherent traits.

Behavioral theories proffer that a person can learn to be a great leader through coaching, teaching, and observation.

A key component of behavioral theories is the degree to which an individual is motivated to learn from mistakes and receive feedback.

Basic tenants of transactional leadership include:

While this approach to leadership is common in the workplace, it’s also used in team sports. Athletes are expected to abide by team rules and expectations. Winning and losing is clear-cut, which is exclusively linked to performance.

When you reflect upon of transactional leaders, think of a quarterback informing players where to be during a given play and when to be there. It’s alpha based, meaning this one is all about telling followers what to do – and when to do it.

Like the name suggests, participative leadership encourages the input of followers. Often employed in environments where creativity is required, this approach actively solicits idea sharing and is solution focused.

In this dynamic, the leader still holds the power and is the final decision maker. That said, the leader’s power is not flaunted. Using consensus, the leader works as a collaborator with others to achieve goals.

The benefit to this style of leadership is that followers are offered a high degree of autonomy while also feeling emotionally connected to the leader and stated goal.

An example might be President Abraham Lincoln; a leader who regularly sought the feedback of others on important matters of state. Learn more about Abraham Lincoln’s accomplishments.

This approach is also known as relationship theories of leadership. Almost exclusively, the emphasis is placed on the connections between followers and leaders.

Transformational leader-types are concerned with the greater good and encourage the need to belong. Often, these types of leaders have:

The primary strength of the transformational approach style is that it has an intuitive appeal to followers. In other words, this is what most people want in their leaders.

A weakness of this approach is that it can be used for destructive purposes. History is replete with transformational leaders who used their trans-figurative powers for evil purposes.

Now that you know the different domains of leadership, you are in a better position to evaluate how each comes to bear in different organizational settings.

Keep in mind there is no simple recipe for effective leadership. Much depends upon the situation and obviously, the person.

25 Truths About The Libra Man Personality In Love And Sex

Table of Contents The good, bad, and ugly on the Libra man1. Style matters2. We have trouble putting ourselves first3. We take commitment seriously4. Get ready to be swept off your feet5. We sometimes struggle […]