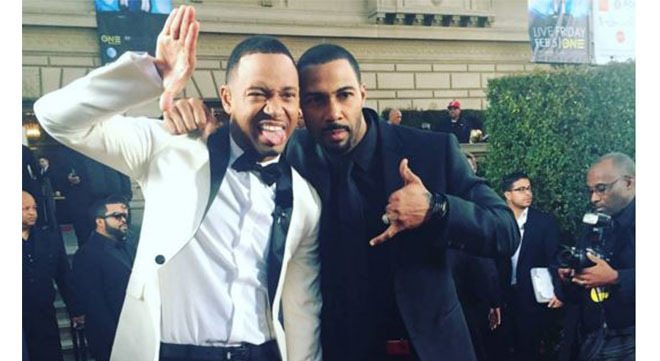 The biggest reason why you should join a fraternity is that you’ll find brotherhood and comradery to last you for the rest of your life.

When people hear the word “fraternity,” they usually think parties, sex scandals, and brotherhood. Those people are sadly missing the point.

While yes, there are many sensational things that can happen around the world of fraternities, there’s also a lot of wonderful stuff that goes down too.

If you’ve been thinking about possibly joining a fraternity, while either in college or after it, we want to show you how it might be the right thing for you. At the very least, we can talk about some of the great things that can come from joining a fraternity.

Let’s just get the easiest and most cliché benefit out of the way. If you join a fraternity, there’s a very good chance you’re getting yourself invited to a whole bunch of parties. It comes with the territory.

If you know a lot of fraternity brothers, and get along with them, you will naturally get invited to events and parties. This is a perfect example of the networking aspect that comes with joining a fraternity. (More on networking later).

Keep in mind that fraternities aren’t all about beer kegs and bedsheets-turned-into-togas. That said, a big part of the college experience is socialization, and fraternities make that part a lot easier. That’s a good thing. 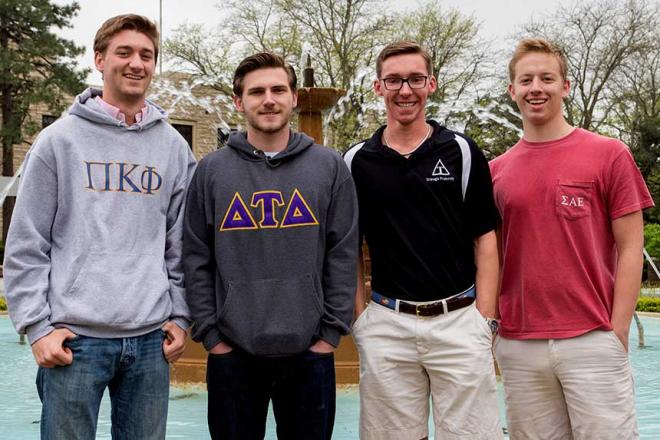 What’s really great about fraternities though is the sense of comradery and brotherhood.

Of course, you may not like every one of your brothers. In fact, you may very well hate a few of them. That said, they are still your fraternity brothers, and you should have mutual respect for one another.

Housing And Other Privileges

Depending on how your fraternity works and is viewed by the university that you study at, you could get a lot of privileges on campus.

For instance, you might get a house that you can live in with your fraternity brothers. Not only will this better your college experience in terms of parties and comradery, but it could also heighten your experience with other stuff like studying, living expenses, dining, and more.

The privileges don’t just stop there, however as there are many other privileges that could be made available to you. By joining this official group, you are getting all of the benefits the group has collected since its founding.

A Sense of Identity

On top of that legacy of accomplishments and benefits, you’re also gaining a sense of identity to add onto your own.

Despite what many people think, not all fraternities are full of meathead jocks looking to get drunk and laid.

If you’re considering joining a fraternity, you have to look around and do your research to see which fraternity fits you the best. For instance, fraternities belonging to the Divine Nine (the nine biggest black fraternities and sororities in America), each fraternity has a different persona.

Typically, the Alphas of Alpha Phi Alpha are the suit and tie type of guys. They’re the class presidents, the overachievers, the leading men. Meanwhile, The Q Dogs of Omega Psi Phi are the wild boys, the party boys, the cliché fraternity brothers. Then you have the Kappas from Kappa Alpha Psi who are the pretty boys, or you’ve got the Sigmas from Phi Beta Sigma who are more the everyday man. Finally, you have the Iotas from Iota Phi Theta who are often thought of as quirky, eccentric, and some would say… weird.

Each fraternity has a different persona attached to it. These, of course, vary by organization and chapter, but they give a general overview of what the guys in each group are like.

Not only can you use these generalities to decide which fraternity you’d like to join, but they also become a part of your own identity once you’ve joined.

But being a part of a fraternity is not all fun and games. There’s some serious work that needs to be done too. Many fraternities make it their mission to do good for the communities around them. If you’re looking for a reason why you should join a fraternity that doesn’t involve parties and social life, this could be it.

In addition, many fraternities keep community service as a driving force after graduation through fundraiser events and more. 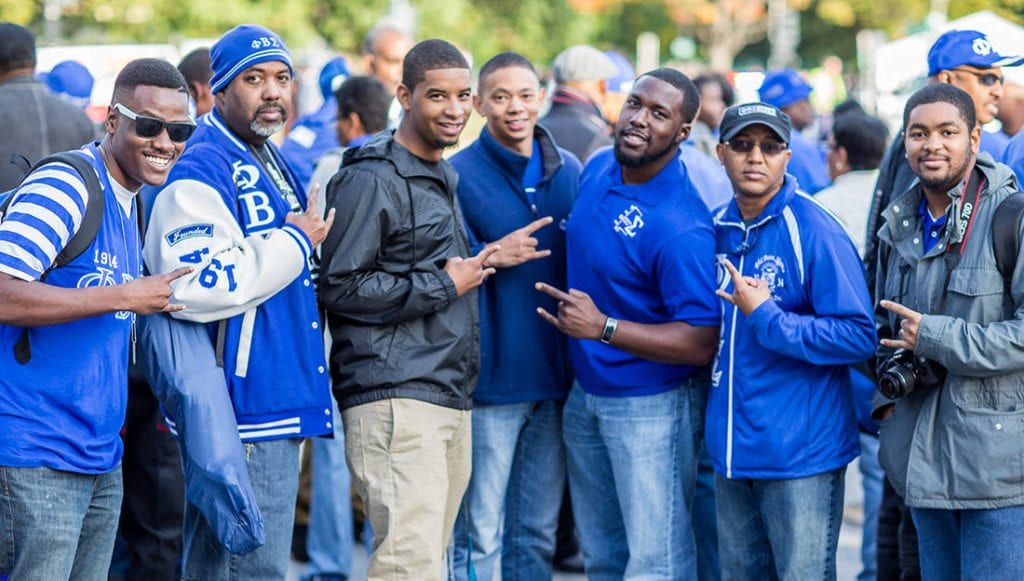 That brings us to our next point, post-grad life. Being a part of a fraternity doesn’t just end at the graduation ceremony. When you join a fraternity, you’re hopefully joining for life.

That brotherhood that we first talked about doesn’t just die once you’ve thrown your cap in the air. You should be able to stay in touch with your brothers for years to come. This is especially true now that we have chapter websites and social media.

On top of that, many fraternities have regular post-grad/alumni meetings to talk about fundraising for the local alumni chapters, the college chapters, and for community service projects.

And this point coming up may be the most important one.

Whether you’re leaving school in a few weeks, have been out for a few years, or you haven’t stepped foot on a college campus in a few decades, you can still join a fraternity. There’s such a thing as pledging post-grad.

Plus, joining post-grad means you probably won’t have to deal with hazing. Maybe you’ll have to kiss up to current members, but chance are you won’t have it as bad as you would if you’d pledged while still in school.

Let’s not forget that if you join a fraternity, you are joining a large network of individuals already working in multiple careers.

Your pledge brothers will all grow up. Make sure to stay connected with them as you graduate and split paths, because you never know what those connections can do for you later. You could be pledging along with a future Congressman or a Fortune 500 CEO.

But not only that. When joining a well-sized fraternity, you are also joining a large organization with alumni working in fields all over the globe. Once you graduate and are looking for a job, you could use those connections at your fraternity to get yourself started in your career.

Knowing people can get you through doors, and to new opportunities. Being a part of a network like a fraternity isn’t a bad career move. In fact, it’s a very good one. 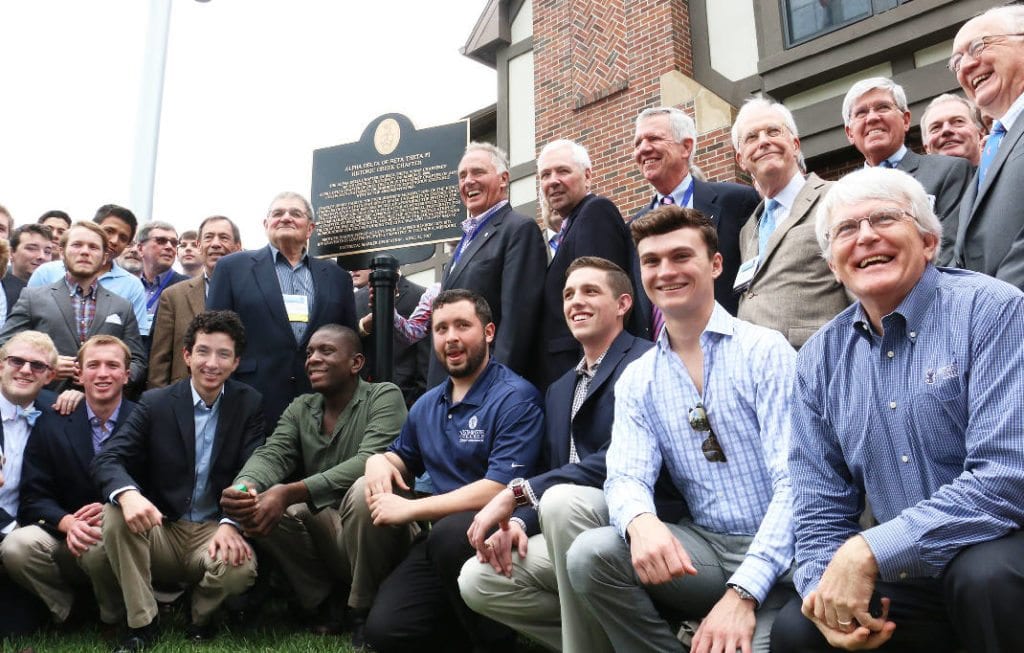 But most of all, the biggest reason why you should join a fraternity is that you will have lasting memories for the rest of your life.

From pledging, to college life, to post-grad life, you will experience many highs and lows thanks to your fraternity brothers.

Those memories will make part of your life some of the happiest, strangest, and funniest you will ever have. We don’t like the idea of your college years being “the golden years,” but there is some truth to the idea that time spent with your brothers will be cherished memories one day.

Why You Should Join A Fraternity

That said, there are plenty of reasons why you should consider pledging somewhere and the reasons provided above are just a small piece.

If you’re wondering why you should join a fraternity, there’s no better reason than the beauty of brotherhood and comradery.

As Mark Twain once said:

“The universal brotherhood of man is our most precious possession.”

What Does It Mean to Synthesize for Writing Assignments?

Synthesis Writing – What It Means and How to Do it! Have you been asked to synthesize material for a writing assignment? Are you taking a college course where your instructor doesn’t want you to […]

7 Going Back to College Success Strategies

Going back to college hacks Do you want to go back to college? Are you an older learner who is returning to university studies with the goal of degree completion? Congratulations. This is probably one […]