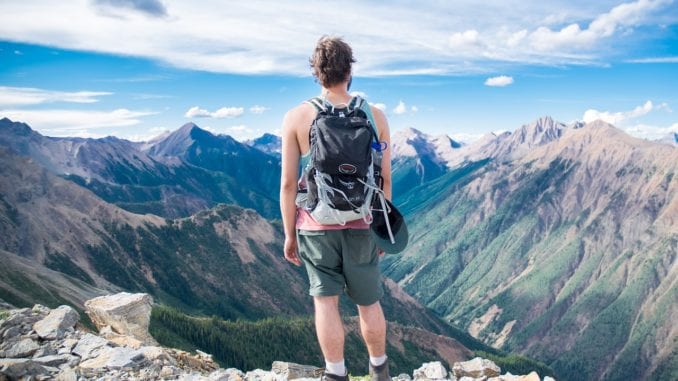 Scientists believe that a person becomes wiser when they work through difficult life events, like the death of a loved one, job loss or the collapse of a relationship.

Many people have come to believe that wisdom is a function of age. But a new study appearing in the Journal of Gerontology Series B suggests that working through hard times is more of an indicator of how a person truly becomes wise.

Led by doctoral student Heidi Igarashi at Oregon State University (OSU) and co-authored by Michael R. Levenson, the study sought to assess how wisdom develops in a person as a result of challenging life moments.

Investigators looked at how a person coped with things like the death of a loved one, the loss of a job, a breakup or a health crisis.

To conduct the study, Igarashi examined interview material from fifty adults who were between the ages of 56-91 years of old. Participants were asked to identify a specific hardship they experienced and describe how they coped.

What researchers wanted to know was how that event impacted their general life outlook and if it served as a catalyst for personal change.

The majority of participants – 32 – revealed that the event transformed their life meaning and caused them to spend time in deep reflection.

Igarshi’s team also learned that the participant’s social supports had a major impact on the development of wisdom. Here are a few examples:

There was another interesting observation from this study according to a press release published by OSU. Participants were able to immediately identify the event in their life that had the most impact.

The conclusion? According to Carolyn Aldwin, who heads OSU’s Center on Healthy Aging Research, “Difficult times are a way people define themselves.”

Igarashi and her colleagues suggest that leaning into support systems during important transitional moments may help a person cope and grow.

The take-away? The personal suffering you endure may hold meaning that goes beyond the immediate moment. Wisdom could very well be a lasting byproduct.

Men, Dating, and Confidence Hello – and welcome episode 19 of The Men’s Self-Help Podcast. I’m your host, Dr. John Moore. I’m a licensed mental health counselor out of Chicago, Illinois – and I’ve been […]

Sorry Cardinals Fans, Grichuk Has Been Traded to The Blue Jays

It may take time for him and fans to transition Randall Grichuk, a 26-year old outfielder for the St, Louis Cardinals, was picked up over the weekend by the Toronto Blue Jays. The move comes […]