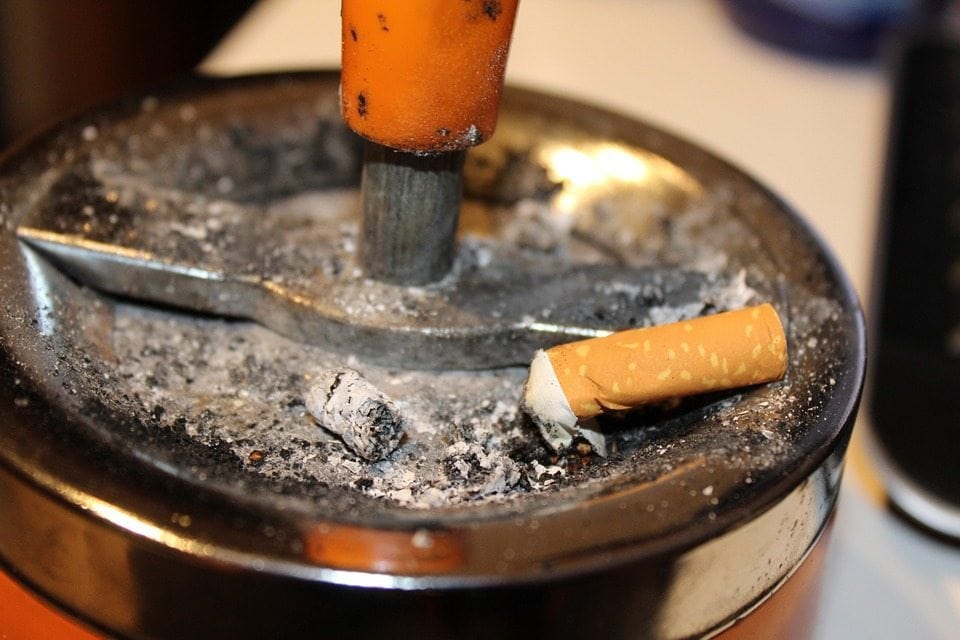 Why You Stopped Smoking

Have you stopped smoking? Are you struggling right now with keeping your promise to stay smoke-free? If so, you are not alone. Millions of people make a personal commitment to rid themselves of an addiction to cigarettes each year because they know it is the best thing they can do for their health.

But here is the thing that is often left out of the stop smoking equation. Having an addiction to cigarettes means working through powerful psychological, physiological and social challenges.

Few people realize this but nicotine is one of the most addictive drugs known to man. In fact, there has been some research to suggest that nicotine itself is more addictive than cocaine, heroin and crack.

And so the reason I am writing this post is to help those of you who are working to overcome your addiction to cigarettes. My hope in publishing this list for remaining smoke free (aka stopping smoking) is to provide a resource you can call upon whenever you need some a mental boost about why you tossed that pack of smokes in the first place.

Before checking out this list, I should will share with you that I smoked for over 30-years. This is an embarrassing thing to admit, given how much I try to promote wellness and health.

But that’s the thing about addiction – it often makes no sense and flies in the face of logic and common sense.

Here are 10 reasons why you stopped smoking. No, they may not be your exact, specific reasons but I strongly suspect they will touch upon areas you can relate to.

This is perhaps the primary reason you decided to stop smoking. You already know from the research that smoking harms nearly every organ in the body and leads to millions of deaths each year.

Nobody is immune from the damages smoking causes, regardless of other family members who report to be long time tobacco users. Eventually, an addiction to cigarettes will catch up with you. To believe otherwise is to engage in wishful thinking.

Many people, perhaps just like you, decided to stop smoking because they know cigarette smoke is harmful to the people they live with.

Here, we are talking about spouses, significant others, children and even pets. When you smoke around the people you love, you are in fact killing them.

The decision to stop smoking for financial reasons is often cited by people as a reason for quitting. Depending upon what city you live in, cigarettes can cost upwards of $10.00 a pack. And as we all know, each year the cost of cigarettes keeps climbing.

If you decided to stop smoking because you wanted to preserve your skin’s appearance and slow down the aging process, you wouldn’t be alone.

The reality is that smoking cigarettes greatly accelerates aging, causing wrinkled skin, facial anomalies and even balding. Nobody wants to be told they look “old”, particularly if they are in the prime of their life. And smoking is terrible if you struggle with baggy eyes and dark circles.

Lots of people list a desire to have more energy when they make the decision to stop smoking. This makes sense when you consider that cigarettes rob the body of much needed nutrients and vitamins.

As a former smoker, you probably remember how difficult it was to scale stairs, walk long distances or engage in meaningful exercise. If you lift weights, stopping smoking likely added a much needed energy boost to your strength training program.

6. Stopped Smoking Because of Embarrassment

There used to be a time when smoking was a socially acceptable behavior. Those days are long gone. To keep it real, people who smoke are now treated like second hand citizens, forced to engage in their dirty habit away from others in designated areas.

Ask anybody who smokes right now and they will tell you they are highly embarrassed about their addiction. Aren’t you glad you aren’t part of that crowd?

This particular reason may seem shallow and relates in some ways to points four and six. To make a long story short, some people stop smoking because they realize their chances of meeting someone of quality highly increase if they identify as non-smokers.

The reality is that smokers find it very hard to attract others when it comes to dating. If you pick up the habit again, you significantly reduce your dating potential – big time.

8. Stopped Smoking Because of a Health Scare

Have you had a health scare, such as a heart attack, stroke or some other medical issue attributable to smoking?

If so, it probably freighted the living daylights out of you and served as a powerful motivator to quitting. Keep this one in mind if you find yourself toying around with the idea of lighting up again.

9. Stopped Smoking Because it Stinks

Isn’t this one big time true? The smell of cigarettes is just nasty. When you used to smoke, you probably didn’t notice how gross tobacco smoke was. Now that you have stopped, the stench will likely strike you as repugnant.

The smell attaches itself to your clothing, your furniture and even your skin. If you need a reminder, just take a walk around a group of people and see which people you can identify as smokers. The smell is powerful – and disgusting.

The final reason you may have stopped smoking relates to wanting to grab back control of your life. Areas include wanting more control over time, personal power and by extension – self-esteem.

Think about how much time you would spend smoking – and preparing to smoke. Morning, noon and night, cigarettes controlled pretty much everything, including where you went and who you spent time with.

If you are struggling right now to keep your quit, consider reaching out to others for support. You can do it online for free. One resource to consider is Quitnet.com. Here, you can join others who are going through similar struggles that you are.

There’s also lots of apps you can download to your smartphone. Just do a search for “Stop Smoking” and you will find many that will pop up. You may have to experiment with several of them to figure out which one works best for your needs. And don’t forget, counseling for addiction can also be a powerful way to help you work through your cravings.

Hopefully, the material presented here was helpful. Be sure to bookmark in case you need some quick reminders about why you decided to stop in the first place.

One day at a time – and sometimes – one minute at a time.

If You Want to Stop Smoking, You’ll Need More Than Pills and Patches

New study dispels myths about smoking cessation medications Are you looking to quit smoking? Hoping to finally rid yourself of this unhealthy and nasty habit? If so, you wouldn’t be alone. Research shows around 40% of […]