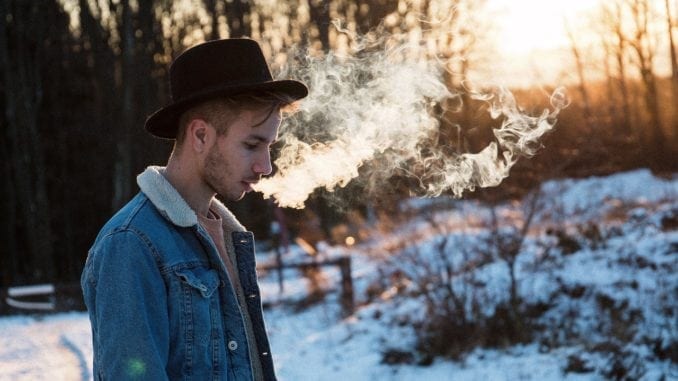 Are you looking to quit smoking? Hoping to finally rid yourself of this unhealthy and nasty habit? If so, you wouldn’t be alone. Research shows around 40% of smokers try to quit each year.

While the numbers are somewhat scattered, current estimates from the Centers for Disease Control and Prevention (CDC) suggest around 15% of the U.S. population smokes.

Attracted to marketing messages put out by smoking cessation drug makers, many people turn to pharmaceuticals as an easy fix.  Examples include nicotine patches and pills designed to quiet urges.

But a new study from the University of California San Diego School of Medicine suggests that merely using these types of aids may not be enough to arrest the habit.

The research, published in the December 21 online Journal of the National Cancer Institute, explored how effective three widely used cessation aids were: varenicline, bupropion, and nicotine replacement therapy (the patch).

The results were not encouraging.

According to the study, thirty-four percent of people trying to quit who only used pharmaceutical relapsed.

“Still, we found no evidence that the pharmaceutical cessation aids that we assessed improved the chances of successfully quitting. This was both surprising, given the promise of smoking cessation seen in randomized trials, and disappointing because of the need for interventions to help smokers quit,” said one of the study’s authors, Eric Leas, PhD.

What is most effective in helping people stay quit appears to be a combination of behavioral counseling and use of pharmaceutical aids, according to the study.

Counseling doesn’t need to take place at a therapist’s office. Instead, people trying to remain smoke-free can call a helping professional on the phone – like The California Smokers Helpline – to gain emotional and psychological support.

What an addictions expert says

Men’s Culture spoke to Dr. Greg Harms, a licensed psychologist and smoking cessation specialist in Chicago about the study.

“Remember, it’s not just the body that becomes addicted to nicotine but also the mind.”

He encourages people to consider joining a support group, be it in person or online. “Long after the physical urges subside, the psychological ones remain – sometimes for many years. That’s why support is needed.”

The University of California study suggests that at present, only 2% of people trying to quit while taking a medication use behavioral counseling.

Addiction, Recovery and men The idea of “self-care” isn’t new. In fact, it’s a pretty popular buzzword nowadays. But contrary to popular believe, it’s not just about “massages and journaling.” It can encompass whatever you […]