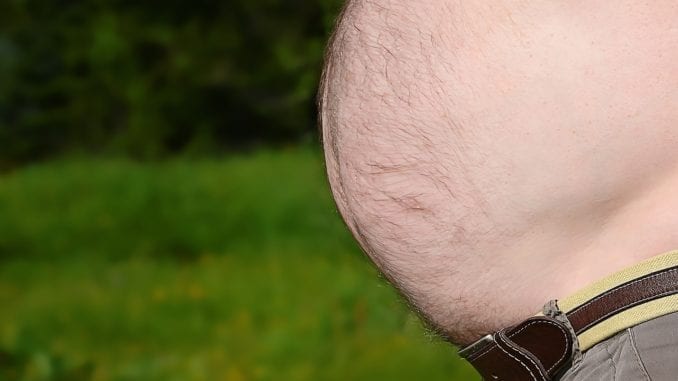 Trending News: What science says about men and beer bellies

It’s clear by now that many men love to have a great drink. While some men may like whiskey and other spirits, others like straight up beer. The only real problem with Beer is that, well, it makes you develop a beer belly. While beer bellies are not exactly horrible to have, they certainly aren’t useful when heading to the beach.

The funny thing is that there are many women who drink beer just as much as many men. In fact, some can put away more beer than any man they know. Yet somehow, they won’t be dealing with the infamous beer belly issue. The question is, why are men developing beer bellies so often while women are not?

Apparently, like most things, there is a scientific reason backing this according to a report from Business Insider.

First, we should not assume that beer bellies are exclusive to drinkers. In fact, many men can get a beer belly and never have a drink of alcohol. The reason behind this happens to be due to fat storage.

If you need to compare men and women and find an area that they excel more in, it’s likely in the world of fat storage. Essentially, it is visceral fat that men have to worry about. Visceral fat is simply the fat stored in the abdomen. It is located near a lot of very vital organs to the human body.

This includes the liver, stomach, and intestines. The real harm about this version of fat is that it can build up in the arteries too.

This very well could be why men deal with heart disease at a higher rate than women. Our fat storage is so different in comparison that we can see fat stored in arteries, thus clogging them and leading to multiple sicknesses or diseases.

Essentially, beer bellies are just a sign that your body is storing fat. It is merely doing so in the Visceral form.

However, women do not store fat in their bellies as men do. They actually store their fat throughout their body. It can be found in a woman’s legs, hips, and arms. Basically, it is spreading throughout the body. This allows them to not get beer bellies but it could lead to extra fat being stored in their hips and legs.

The Harm Beer Bellies Can Cause

Due to beer bellies being caused by Visceral fat, it should not be overlooked as just a little extra belly fat. No one is saying you need to go to the gym and get a six pack to be healthy. Although, if you can get one, why wouldn’t you?

Basically, the Visceral fat problem, if not addressed as quickly as possible, could lead to more problems than you’d think.

Remember how we mentioned this version of fat is stored near vital organs like the stomach, liver, and kidneys? You need to consider a few things. This is important, so put that beer down and listen up men. We’re about to tell you stuff that can save your life, literally.

Visceral fat actually can be horrific on the body. The fat can wrap itself around your kidneys, liver, and intestines. This is where it will release hormones that will actually disrupt their normal function. If this happens, it could lead to some horrific problems you would not even put on your worst enemy.

This fat can lead to heart disease as mentioned above, but it can also lead to things like Type 2 Diabetes. Even worse, it can even lead to cancer. The type of cancer it can cause might very well be numerous since it has access to main arteries.

You’re more likely going to see Tumors from this than other things. However, you can also expect things like Colon Cancer, Rectal Cancer, Pancreatic Cancer, and possibly even Lung Cancer. What’s worse is that there is a potential for it to spread and cause several other issues.

Are beer bellies worth that? We think not!

How You Can Avoid Beer Bellies

How can you avoid beer bellies? You don’t have to just stop drinking beer or other alcohol altogether. The best thing one can do is drink in moderation but simply do it less than you currently do. If you party every weekend, perhaps make it every other weekend, for example.

Eating healthier throughout the week can also be useful. Have a burger or hotdog if you want, but set out a few days where you eat healthier or cleaner/leaner foods. For example, instead of having spaghetti that uses hamburger meat, try using turkey meat instead. This gives you the same type of food but you have an automatically healthier option here.

Obviously, the biggest thing you can do is exercise. This does not have to be going to the gym for 5 hours a day like Dwayne “The Rock” Johnson does. Rather, you can gradually build up to what Rock does or you can do things that fit you. Walking or running for 10 minutes to an hour can be useful. Sit-ups and other obvious exercises can be beneficial too.

Due to how we store fat, men cut weight much easier. It’s one location mostly, so a lot of this is just about doing the right things to cut weight. Trust us when we say beer bellies are not a good thing. You MUST do all you can to get rid of it before the Visceral fat does its thing. Who would want that?

June is Men’s Health Month, making this the optimal time to take control of your health! While it can be easy to fall into unhealthy routines and patterns, it’s important to take time out of […]

Best Ways to Reheat Pizza  If you are like most guys, you love a good pizza from time to time. Here’s one I regularly order from D’Agostino’s Pub in Chicago. Believe it or not, this […]

Money and the heart  Coronary heart disease (CHD) is the leading cause of death in America. A new study published this month in the American Journal of Preventive Medicine found that African-Americans who worry about […]