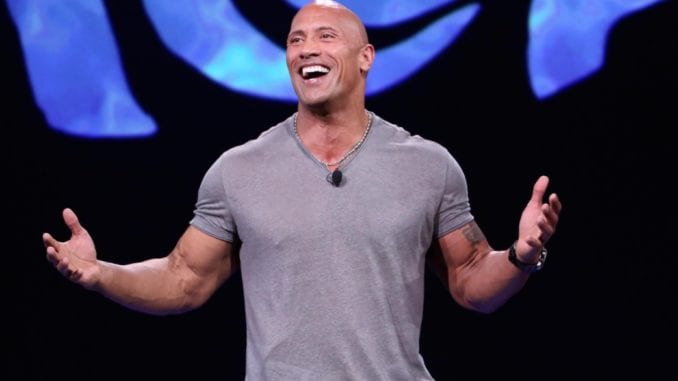 The Rock reminds us all that depression impacts men, too.

NOT SO QUICK VERSION

One of my favorite actors is Dwyane “The Rock” Johnson. I think part of it is because of his life journey. Known for his work as a wrestler and actor, the California born celebrity vibes out masculine.

But as we’ve explored in previous posts on this site, even manly men struggle with depression. You don’t have to take my word for it. Instead, take Johnson’s.

That’s right, the 6’4 movie star just opened up big time about his battle with the blues.

In an interview given with the Express, The Rock details his own struggles with depression, becoming one of the latest men in Hollywood to get real about mental health issues.

In Johnson’s case, he revealed an incident when he was 15-years old involving his mom. Specifically, she tried to commit suicide after the both of them were evicted from their apartment.

“I reached a point where I didn’t want to do a thing or go anywhere,” he shared. “I was crying constantly.”

Watching his mother step into oncoming traffic on Nashville’s Interstate 65, he remembered saving her life. “I grabbed her and pulled her back on the gravel shoulder of the road,” he said.

But there is more.

Before becoming the household name he is today, Johnson badly wanted to become a professional football player. But injuries he suffered prevented this from happening.

On top of that, it was around the same time in his life that he broke up with his girlfriend, which plummeted him into a very dark place.

“That was my absolute worst time,” he shared with the Express.

Like a lot of men, Johnson thought he could ignore his feelings. But it eventually got to a point where he realized his sadness wasn’t going away. It was then he decided to open up and reach out for support.

“We both healed, but we’ve always got to do our best to pay attention when other people are in pain,” Johnson said, referring to himself and his mother, “We have to help them through it and remind them they are not alone.”

What’s significant about Johnson’s revelations is that it pushes back against harmful stereotypes about men and depression.

Recognizing the importance of the interview he gave, he took to Twitter to elaborate.

Got tons of responses to this. Thank you. We all go thru the sludge/shit and depression never discriminates. Took me a long time to realize it but the key is to not be afraid to open up. Especially us dudes have a tendency to keep it in. You’re not alone

We should celebrate guys like The Rock who have the courage to step forward and put a face on male depression. They go a long way in reducing stigmas and create a pathway for other men to share their personal journeys.

Will other male celebs step forward like Johnson? Perhaps. Actor Ryan Phillippe revealed his own issues with depression last year. Time will tell.

One thing is for sure, depression happens with guys – a lot. While the research is somewhat scattered, current estimates suggest 10% of men living in the U.S. struggle with this mental health issue.

How To Let Go of Deep Shame and Heal

Trending News: New study sheds light on shame Have you done something in the past that makes you feel ashamed? Whenever you think about this event, do feelings of sadness start bubbling up? Are you […]