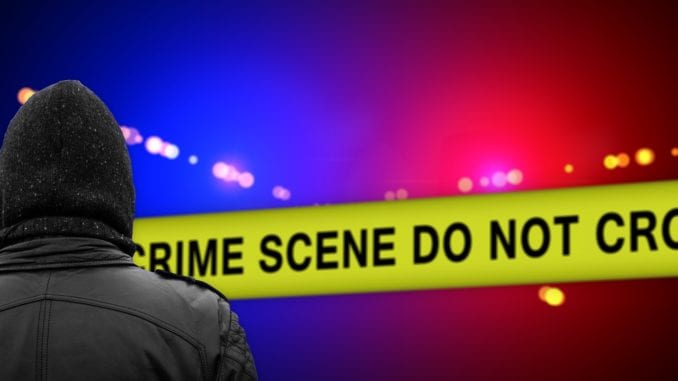 A CAREER AS A CRIMINAL PSYCHOLOGIST

Want to be a Criminal psychologist? Wondering what they do, how much they get paid, and what type of training is required? If the answer is yes, you wouldn’t be alone. Many people are interested in this area of work as a career choice.

As a career counselor and educator, I can’t tell you how many times students have come to me with questions about careers in criminal psychology.

Their curiosity makes sense when one considers how the professionals who work in this field are represented on T.V. You know what I’m talking about, right? Programs like CSI, Law and Order, and Criminal Minds.

At their core, criminal psychologists – sometimes called forensic psychologists – study the traits, characteristics, and personalities of criminals. In other words, they pathologize people who break the law.

WHAT DO CRIMINAL PSYCHOLOGISTS DO?

You are probably wondering what criminal psychologists really do?

The hard truth is much of their work is concerned with studying (and researching) the mindset and behaviors of people who commit crimes.

In addition, they also meet with criminals to assess the likelihood of recidivism; a $10.00 term used to describe someone who may commit the same illegal act in the future. When acting in this capacity, criminal psychologists offer a “best guess” because there is no way to guarantee an individual will not re-offend in the future.

Be it working in private practice or for an agency, forensic psychologists often consult with law enforcement officials on cases. There are many ways this can happen.

The strongest area of interest most people have in this type of work relates to profiling. This is sometimes referred to as forensic profiling offender profiling.

I won’t get into all the history here but what you need to know is “profiling” isn’t a new phenomenon. In fact, it’s been going on for nearly seventy-five years, dating back to the time of the 1940’s when J. Edger Hoover was head of the Federal Bureau of Investigation (FBI).

Think World War II, fighting the Nazi’s (including Adolph Hitler) and others aligned with the Axis Powers against the U.S. and other Allied Nations.

Since that time, the field has largely expanded, turning into a true art form. Today, criminal psychologists are involved with more forms of profiling that you can shake a stick at.

Sometimes, a criminal psychologist will interview people who are already in jail to learn more about their motivations for committing a past crime. In turn, this allows the behavioral analyst to understand the mindset of someone breaking the law in the here and now.

In addition, forensic psychologists study traits that are common among certain types of criminals. Examples include a suspect’s family history, relationships with others, use of substances and even child abuse.

Much of this has to with pathologizing; something that is at times informed by the Diagnostic and Statistical Manual of Mental Health Disorders (DSM).

So, if you become a criminal psychologist, can you expect your career to be like what you see on shows like Criminal Minds and CSI?

Not to bum you out but the answer is – probably not.

We know from a host of interviews given by professionals employed in the field that what is depicted on television and what happens in real life aren’t the same.

None the less, the work itself is extremely interesting. Here are common activities forensic psychologists engage in on a regular basis:

WHERE DO CRIMINAL PSYCHOLOGISTS FIND JOBS?

There are many different places psychologists find jobs in the criminal justice field. Much depends on the person’s area of expertise.

WHAT CREDENTIALS ARE NEEDED TO BECOME A CRIMINAL PSYCHOLOGIST?

You will read all sorts of information on the Internet about the required credentials to become a criminal psychologist. Some places will say you just need an undergraduate degree and others suggest a masters.

Here’s the truth – if you want to have a career as a criminal psychologist, you will need to earn a doctorate in psychology. Examples include a Ph.D. (Doctor of Philosophy) or similar degree, like a Psy.D. (Doctor of Psychology).

The best degrees to consider include:

The degree needs to be a from a regionally accredited school. It is best to choose a program that is also accredited by the American Psychological Association (APA) as well. You may be wondering why?

It’s simple – to become a licensed psychologist and sit for the Examination for Professional Practice in Psychology (EPPP), most localities require an advanced degree from an APA accredited school.

On the job front, there may be some exceptions.

Some organizations may hire you if you have a masters or doctorate in psychology and hold a license in mental health. For example, some people become forensic counselors and offer services to people who are incarcerated or recently released from jail.

Additionally, some governmental agencies will hire people who hold a doctorate in psychology or a closely related field and have a mental health license. The decision to do this, however, largely depends on the requirements of the job.

But to use the title “psychologist”, the vast majority of locations require specific licensure in psychology. I’m just being real with you because you want to know the specifics, right?

WHAT IS A CRIMINAL PSYCHOLOGISTS SALARY?

Salaries for criminal psychologists are all over the map so getting an exact amount is almost impossible. The best I can do is give you a range and qualify the numbers in the process.

According to a 2009 survey published by the American Psychology Association, psychologists employed in the criminal justice arena earned (on average) around $80,000 a year.

The problem with averages is they don’t really give you a good snapshot of what to expect. That’s because salaries are largely linked to:

Additionally, a psychologist in private practice who works with patients while doing consulting work may make a lot more than the averages.

Some clinical therapists who run their own counseling business can earn $150,000 – or more. Again, it just depends on the person, their experience, who they are offering services to and their background.

If you are looking for work in the field of psychology that is compelling, interesting, and fascinating, becoming a criminal psychologist might be a smart move.

That said, it’s not the best choice for everyone. You need to ask yourself if you have the emotional and psychological fortitude to deal with hardened criminals, victims of various crimes (sometimes heinous), and extreme circumstances.

Perhaps the best way to determine if this line of work is right for you is by speaking to someone already in the field. There are many ways to do this, including:

Becoming a criminal psychologist doesn’t happen overnight. The process involves many years of school (undergraduate and then doctorate), plus licensure. Certifications in specialty areas may also be required.

But when all is said and done, this can be a very rewarding area of work that pays extremely well. Your best bet is to think carefully about what you want out of your future.

Remember, not everyone employed as a forensic psychologist works for a law enforcement agency. There are lots of options to consider.

Teams work in stages. How many do you know? If you have ever led a team or simply been part of a group, you may have noticed there is a certain ebb and flow that […]

What Jobs Best Match My Personality?

RIASEC Made Simple Are you looking for the RIASEC test? Trying to understand how your personality best matches a given career or job? If the answer is yes, you’ve come to the right place. As […]