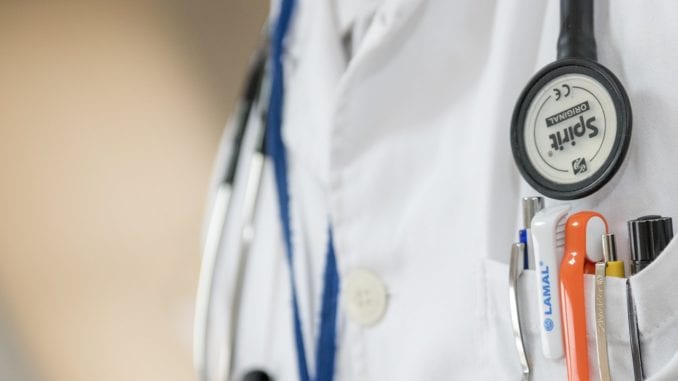 A new Medscape report suggests that a large percentage of medical doctors in the U.S. feel burned out and depressed – with higher rates occurring among mid-career physicians.

The results were based on more than 15,000 practicing medical doctors who came from twenty-nine different specialties.

Survey data revealed 42% of doctors are burned out, 15% are depressed, and 14% are a mixture of both.

Medscape’s definition of burnout is  multi-symptom and includes feelings of physical, emotional or mental exhaustion, frustration or cynicism about work, and doubts and one’s experience and the value of one’s work.

The findings are important because past studies have revealed a significant link between physician burnout and patient safety/quality of care.

Most of the physicians who reported burnout (56%) indicated having less administrative tasks and fewer hours spent working (39%) as things that would help them.

More: Does your personality match where you exercise?

Guy Counseling spoke to licensed psychotherapist John Linger in Chicago about this issue. He specializes in assisting highly stressed professionals, like doctors, cope with feelings of burnout.

“Much of the problem I’ve seen with the physician patients I work with is the unrealistic work requirements. Healthcare organizations expect doctors to see more and more people, in many ways looking at these professionals as profit-centers instead of healers,” says Linger.

Based on his observations, some are taking drastic steps.

“It’s become so bad that a lot of the doctors I help ultimately decide to change the focus of their work entirely. I just had one last year move from being an internist [as his specialty] to doing Botox. Like so many doctors, he wanted to get out of the rat race that has become our healthcare system,” Linger added..

“Can you really blame them? I’ve worked with some MD’s who are employed at large medical practices where the group managers require each physician to see a minimum of 20 people a day. Anyone would burn out in that type of environment,” Linger says.

A new HIV oral swab test promises faster results A new oral swab test for HIV is being developed by researchers at Stanford University that promises to be between 1000 and 10,000 times more sensitive […]