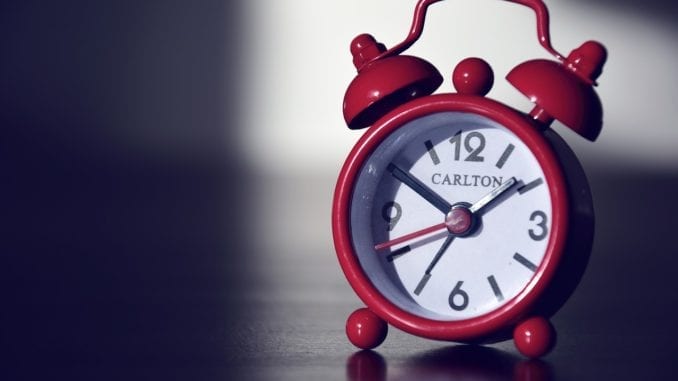 Dreams about being late decoded

Did you have a dream about being late? Did you miss a boat or plane? Arrive late to an important event like a wedding or job interview? When you woke up, were you completely freaked out?

While there is no way to be sure, dreams about being late often speak to something deeper going on in the psyche – well below the conscious level. Here are some possibilities to consider.

Lateness in dreams can indicate you suffer from anxiety. Not necessarily though. To find out, consider the way being late made you feel while you were dreaming. Were you fearful of the consequences of tardiness?

If so, your dream might reflect you are anxious not to let people down in waking life. An interview or date might loom, and it plays on your mind.

Then again, you might be afraid of missing out. FOMO is a common occurrence among people who imagine everyone else is having a good time, or enjoying perks, but them.

Fear of missing out can seep into your slumber and be depicted in your sleep as missing a form of transport that would have taken you somewhere pleasant had you been on time.

Are you angry? Dreams of tardiness can be concealed wishes to get your own back on people who’ve upset you. If you find expressing your feelings hard, lateness, even when you’re fast asleep and your imagination’s running the show, could be passive aggression.

Passive aggressive people often hate letting their anger show. Sometimes they were taught when they were kids being angry wasn’t nice. At other times, they’ve found handling their emotions hard and fear anxiety getting out of hand.

They prefer covertly letting their feelings seep out rather than face dealing with disapproval or the other possible negative repercussions of outing their angst. Some people who dream of being late also have dreams about sharks.

Did everyone but you catch the bus in your dream? If you’re left standing at the bus stop as it pulls away thinking ‘why me’ perhaps you compare yourself unfavorably to people when you’re awake.

What’s more, if your friends on the bus look smug as it pulls away, maybe you feel left out.

You hate being late

Some dreams are almost literal; they depict scenarios closely resembling waking life. Lateness in a dream can show you have an aversion to tardiness in general.

Do you always arrive for appointments early? Do you get mad when your friends are late to meet you? If the answer’s yes, your dreams are in keeping with a perfectionist attitude.

It is possible dreaming of tardiness actually means you are tardy. Are you often late for work? Do you always arrive at restaurants later than your friends?

You know whether you ought to keep time better. If you aren’t making amends, your dreams may show you that deep down, tardiness makes you or people around you uncomfortable.

The easiest way to find out what your dreams of lateness mean is to consider your emotions, both those experienced inside the dream state and upon waking.

Identify fear, anger, annoyance, or discomfort and you’ll be part way to uncovering the answers.

Study shows resistance training can help combat depression SHORT STORY For years, health experts have recommended exercise to help minimize the effects of depression. But the advice has always been somewhat ambigous. Now, a new […]

What Dreams About Being Chased and Hiding Mean

What Is Anxiety Plus How To Work Through Podcast

Anxiety – a closer look At some point in your life, you’ve probably experienced some form of anxiety. Maybe it was just a little or perhaps it was a lot. The point is all of […]