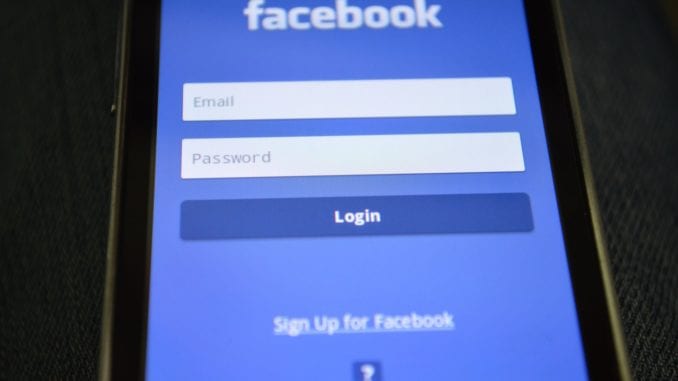 Last month, Facebook’s CEO Mark Zuckerberg made an announcement that sent shockwaves through the digital publishing world. Essentially, news content from smaller websites would no longer enjoy the same level of prominence on user feeds as they did in the past.

Instead, personal posts from friends and family would be given a priority. Exceptions might include “breaking news” stories from pages with high trust scores.

As Facebook continues to roll out updates to its newsfeed, Guy Counseling wanted to know how small sites who heavily rely on the platform for traffic are adapting. What we learned is that topical interest groups have become extremely important.

Days after Zuckerberg’s announcement, some publishers began ringing the alarm bells. Sites like ABC Action News posted “How To” articles with the goal of educating followers on how to make sure their stories would still be seen.

But were these steps necessary?

According to some sources, the answer appears to be yes. Redcode reports well-known brands like Bustle and Vice have already experienced Facebook traffic dips ranging between 18-29%.

Devin Randall, a freelance blogger who authors pieces for various news websites told us the algorithm changes have been obvious.

“Oh, organic traffic is a joke at this point. When I compare the hits my articles used to see on Facebook in December to what is happening now, it’s more than a fifty percent drop,” said Randall. “Recently, I’ve joined several interest groups, where I share my posts. That’s helped things considerably,” he added.

“Smaller media outlets are now faced with the same challenge they’ve always had – how to stay relevant. They are going to have to adapt and do so quickly if they want to survive. An effective way to do this is by creating interest groups. I’ve been telling my clients this for some time now,” said Mesh.

On Facebook, individual users and brands have the ability to create highly focused niche groups that cater to a user’s specific interests.

“Content gets much higher priority on a newsfeed when it comes from a group a user has joined. It’s always been that way,” said Mesh.

But if you think you can just create a group, pop in blog posts, and do nothing else, you may be disappointed.

According to Eric Johnson, Digital Content Director with Minneapolis based Feedback Wrench, Facebook groups require a lot of work.

“Starting a group, recruiting members, and then maintaining it is time-consuming. You constantly have to monitor member activity for spam while making quality contributions to keep people engaged,” says Johnson.

“It’s okay to add a few stories from your site here and there but don’t overdo it. Otherwise, you will get dinged as a spammer and they’ll close your group down,” he adds. Johnson suggests a mix of pictures, videos, and posts, all connected to the group’s focus.

Some have suggested small publishers create Facebook groups around their brand. AdAge, for example, recently ran a piece recommending this approach. But Johnson isn’t sure this is the best strategy.

“Think about it for a minute. If you are a classic car enthusiast, which are you more likely to join [on Facebook] – a muscle car group, operated by fellow classic car fans or a group sponsored by an automobile magazine?” he asks.

“Smaller brands are going to have to really get to know their readers and create targeted, focused gathering places on Facebook.

Unless your website has deep pockets for boosting posts through paid advertising, you’ve got to adapt. This may mean focusing more on high-quality content and then getting it in front of the people who are mostly likely to read it. On Facebook, that means groups,” Johnson adds.

“Organic reach on Facebook has been dwindling away for years. If you’re relying on organic visibility to reach your audience, then it’s time for a change, particularly if you are a smaller publisher.

It’s all about groups now – plus whatever you can budget to boost key content,” says Seymour.

Just how big can some Facebook groups get? Extremely large. For example, the ancestry focused group DNA Detectives currently has 79,000 active members.

“Oh, yes. Facebook groups can be a bonanza for a small publisher when they can get their content in front of big audiences,” Seymour said about groups like DNA Detectives. “But just remember, if you start a group and it grows into something huge, it’s going to eat up a lot of your time. Ongoing interaction is key.”

Trust scores to be assigned to publishers Social media giant Facebook has announced it plans to make major changes to its newsfeed for end users, ranking news stories based on credibility and user evaluations. The […]

Trending News: Social media envy has neurological ties to how people process rewards Envy – it’s one of the seven deadly sins and can lead to the corruption of your sense of self-worth and happiness. […]

What To Do When Your Girlfriend is Addicted To Social Media

What to do if your girlfriend is obsessed with social media His Question: Dear Jack, Let me start out by saying – my girlfriend is great. She’s smoking hot and she’s really down to earth […]