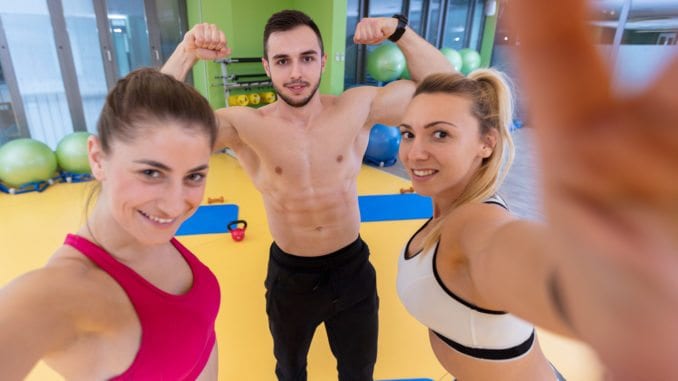 If so, you wouldn’t be alone. Lots of people who are focused on a fitness program use social media to update others on their progress.

But according to a new study appearing in the Journal of Health Communication, some of that behavior may be activating body image issues in your friends.

Investigators from Texas State University and the University of Arizona asked 232 participants to sign into their favorite social media apps and scroll through 30-days worth of their friend’s posts.

Their goal was simple: count the number of fitness-related updates from buddies and then identify three people who posted the most. Fitness updates could include a picture (like jogging) or even plain old text like, “I’m doing curls right now at the gym.”

As part of this study, researchers also had participants complete questionnaires designed to assess:

So, what did the research team discover?

Essentially, they determined that when a person saw more posts about fitness, they became more worried about their own weight and general body image.

University of Arizona Professor Stephen Rains, a co-author of the study, shared in a press release that when a viewer is already struggling with weight issues, seeing these updates may make them feel worse about themselves.

Apparently, when a person perceives a buddy as someone similar to themselves, their fitness updates can have a negative effect.

Curious about the study’s findings, Guy Counseling spoke to Michael Elder, a Chicago based personal trainer for his impressions.

“I’ve had many clients engage in self-directed fat shaming after comparing their bodies to a friend they see on Facebook. But I’ve also had some who find [fitness] updates to be motivational. It really depends on the person,” said Elder.

Indeed, the study itself offers a mixed bag, according to investigators. For certain people, seeing someone dedicated to their fitness goals can be inspirational. A lot depends on how much the individual engages in upward or downward social comparisons.

So, does this mean you should stop sharing your gym selfies and keep your progress to yourself? According to licensed mental health counselor John Linger, the answer is no – but with a caveat.

“Occasional sharing can be a good thing because it can help someone to stay motivated and even help create accountability. But if the updates are constant, they can turn people off because they have the effect of making people feel bad about themselves. Just use good judgment,” says Linger.

Are You a Gym Person? It May Give Clues To Your Personality