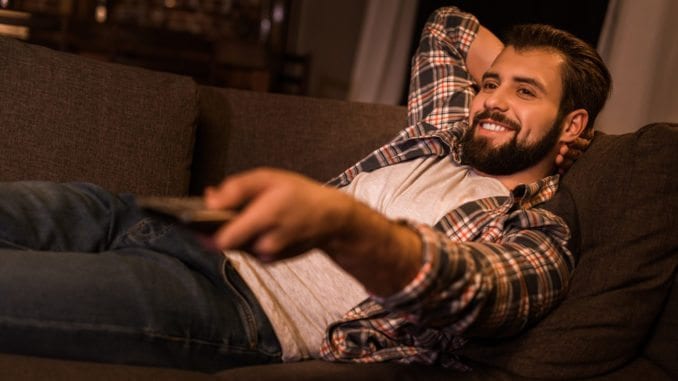 Too much time in front of the television could be putting you at risk for developing blood clots, according to new study. We spoke to a doctor to learn more.

Guess what: spending hours in front of the television watching movies, sports, and other programming can be terrible for your health. That’s what researchers are saying in a study appearing in the Journal of Thrombosis and Thrombolysis.

Led by Master of Public Health student Yasuhiko Kubota at the University of Minnesota, Kubota’s team assessed the risk of prolonged television watching and the development of a condition called venous thromboembolism (VTE).

FYI: The non-clinical name for VTE is blood clots. In many cases, these clots form in the legs. The result can be a VTE dislodging and then moving to an artery, thereby cutting off blood supply.

Should the clot travel to the lungs, it can cause a life-threatening event known as pulmonary embolism (PE). While the data is somewhat scatted, the Centers for Disease Control and Prevention estimate that between 60,000 – 100,000 people die each year because of PE.

Using a longitudinal risk study that started in 1987, Kubota’s team looked at health data from over 15,000 Americans who were between the ages of 45 and 64.

The idea behind this investigation was to identify occurrences of VTE in participants. After reviewing hospital records in detail, they discovered 691 VTE incidents.

The research demonstrated that participants who were frequent television watchers had a 1.7 times risk of developing clots when compared to others who seldom (or never) spent time in front of the T.V.

Guy Counseling spoke to physician Dan Berger with Northstar Health about the study’s findings. “No surprise. I regularly encourage patients to limit television watching to just 60-90 minutes per day. Movement is important because it helps the blood circulate,” he said. “The problem is that many people sit in front of a set [TV] for hours. When you factor in other issues like being overweight, it puts you at higher risk for VTE. And it’s so easy to lose track of time when you are surfing channels. ” Berger adds.

Curious to know more, we also reached out to Kubota directly about the implications for his research. In an email, he shared the following:

“People watching TV more than 5 hours/day appear to have an increased risk of VTE. If people want to watch TV for a long time, they should watch TV while moving around or standing up.”

Kubota warns that even for people who are physically active, their exercise regime may not be enough to offset the negative effects of prolonged television watching. In a press release, he encourages people to be mindful of weight, increase physical activity, and turn off the television.

What’s Your Body Type? One of the keys to building the muscular body that you have always dreamed about is understanding your body type. Generally speaking, there are three body types that you will want […]