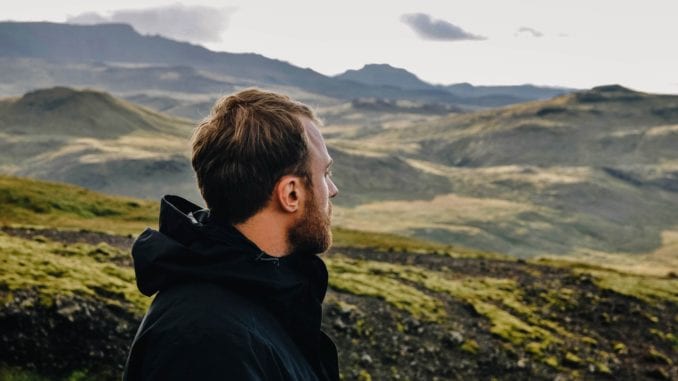 While true for some – it’s not the case for all

In case you haven’t heard, there are reports circulating that suggest men avoid environmentally friendly behaviors because they fear it makes them look – unmanly.

A post published on the Scientific American website – a well-regarded and respected publication – shared a study that explores the differences between men, women and green behaviors.

To quote from the piece: “We showed that there is a psychological link between eco-friendliness and perceptions of femininity.

Due to this “green-feminine stereotype,” both men and women judged eco-friendly products, behaviors, and consumers as more feminine than their non-green counterparts.”

Other websites have begun running similar articles, extending the stereotype that guys don’t give a crap about mother earth.

So, is it true? Are guys (as a group) less likely to recycle, drive fuel efficient cars, save water or engage in otherwise pro-green behaviors?

Probably. But that’s not true for all.

A recent blog post over at The Good Men Project suggests men do care about the environment. In the piece, you’ll find a series of eco-friendly questions directed to men that are designed to stir mindful thinking about the planet.

And they aren’t the only ones.

Over at Outdoor News, an opinion piece appeared in which the author makes the argument that fishermen and hunters deeply care for the planet.

But those perceptions are changing. At this moment in time, it has already been estimated that the male grooming market stands at approximately 50 billion in annual sales (Whipp, 2017.

Moreover, the manufacturers’ such products are promoting green-friendly creams, lotions, and colognes that highlight “eco-friendly” as a selling point.

As an example, check out this article from Men’s Health.

President Teddy Roosevelt, our 26th Commander in Chief, was a champion of the environment. He signed the nation’s meat inspection and pure drug act.

Yes, as a tribe, men need to be more mindful of green behaviors. But it’s not like the whole lot of us are refuse tossing gas hogs that purposely trash the planet because we think it makes us look “manly”.

The problem is that too many people (men and women) equate environmental concerns with identity politics. And that’s sad – because at its core, this shouldn’t be a political issue. Instead, it’s a human one.

As a test, I encourage you to try throwing an aluminum can onto the ground while spending time with a hunter. If that’s not to your liking, try tossing some plastic into a lake while chilling with a fisherman.

In either case, there’s a very good chance you’ll get called out on your behavior – big time. The truth is, a lot of guys do care about the planet.

We just need to be more vocal about it.

About John D. Moore 370 Articles
Dr. John Moore is a licensed counselor and Editor-in-Chief of Guy Counseling. A journalist and blogger, he writes about a variety of topics related to wellness. His interests include technology, outdoor activities, science, and men's health. Check out his show --> The Men's Self Help Podcast
Website LinkedIn

Table of Contents Did you know these facts about  green eyes?In this article, you will learn:Pigmentation and eye color1. How people get green eyes2. Light scattering influences color shade3. As many as 16 genes involved4. […]