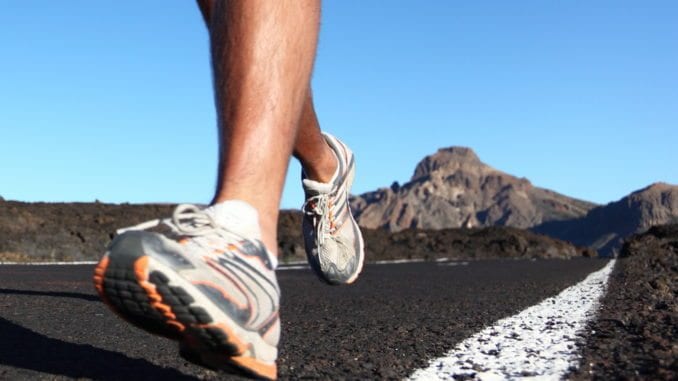 Working up a sweat helps with mild cognitive impairment

Doctors have long since known that exercise holds many benefits for the body and mind. But what about people who suffer from mild cognitive difficulties?

According to a new guideline from the American Academy of Neurology, the answer appears to be yes.

As people age, thinking and memory skills sometimes deteriorate, which can have a negative impact on quality of life. While less severe than dementia, mild cognitive impairment (MCI) is a middle stage between the expected cognitive decline of normal aging and the more troublesome decline of dementia.

“It’s exciting that exercise may help improve memory at this stage, as it’s something most people can do, and of course it has overall health benefits,” said lead investigator of the new guideline, Dr. Ronald Petersen.

He is with the Mayo Clinic in Rochester, Minnesota., and is a fellow of the American Academy of Neurology.

Petersen encourages people to try aerobic exercise. For example, take a brisk walk or jog for 150 minutes each week. It can be done in blocks throughout the week, like 30 minutes five times a week or 50 minutes three times.

The idea is to work up a sweat but not super rigorous. “Exercising might slow down the rate at which you would progress from mild cognitive impairment to dementia,” he says.

The recommendation is part of an updated guideline for mild cognitive impairment published in the Dec. 27 online issue of Neurology, the medical journal of the American Academy of Neurology.

Researchers have found that more than 37% of people age 85 and older and six percent of people in their 60’s may have some form of mild cognitive impairment.

The updated guideline may be particularly good news for guys. That’s because published data from the National Institutes of Health suggests that older men tend to suffer from MCI more than older women.

“If you or others have noticed that you are forgetful and are having trouble with complex tasks, you should see your doctor to be evaluated and not assume that it is just part of normal aging,” says Peterson.

Common symptoms of MCI can include:

It’s important to note that other issues can impact memory that has nothing to do with MCI.

“Sometimes memory problems are a side effect of medications, sleep disturbances, depression, or other causes that can be treated,” Petersen added. “It is important to meet with your doctor to determine the root cause. Early action may keep memory problems from getting worse.”

The recommendation from the American Academy of Neurology comes at a time when a recent study from researchers at Mount Sinai suggest that healthy lifestyle choices can help with working memory.

Memory Can Be Boosted By High Intensity Exercise

Memory and exercise news For some time now, we’ve known the benefits of high-intensity exercise. Higher metabolism, increased mood and more energy are just to name a few. Now, there is something new to add […]