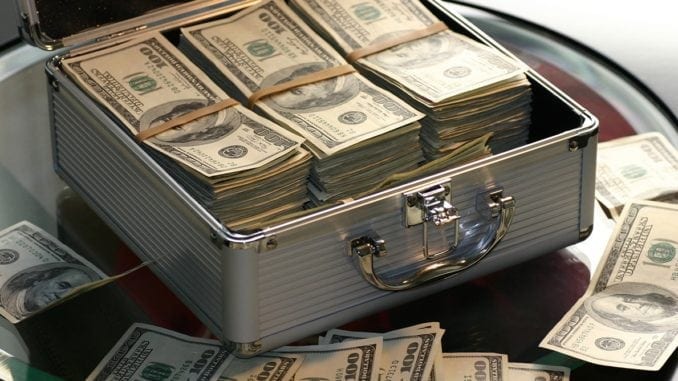 Yes, it’s possible to be addicted to money

Money – we all need it in order to sustain life. Conventional wisdom holds that the more money we have, the better. After all, you may need that extra cash for a rainy day. But is it possible for a person to develop an unhealthy attachment to money? Can money become addictive?

In my experience as a counselor, I’m going to answer that question with a resounding yes. Over the years, I’ve worked with more people than I can shake a stick at who are addicted to money. As a reader, you are probably thinking, “What’s wrong with that? Aren’t there worse things to become addicted to?”

Here’s what I can tell you. Almost anything can become addictive. And while it is true a money addiction isn’t the same as substance dependence (alcohol for example), the consequences are none the less devastating.

At its core, what we are talking about is a process addiction. That’s a $10.00 term used to describe the dynamic where a person engages in compulsive behaviors, despite negative consequences.

So, what exactly is a money addiction? Here is my simple definition:

A person is addicted to money when they prioritize the hoarding of cash over important life activities, including personal health and relationships.

The main difference is when a person is addicted to spending, they have little impulse control over purchasing behaviors. Money addicts, on the other hand, purposely hoard cash because they fear they’ll never have enough.

When you read these symptoms, it’s important to not focus on just one behavior but instead, examine all five in their totality. This will help you to put things into context.

1. Your thoughts are consumed with obtaining money

People addicted to money find that most of their time is spent thinking about cash. As a result, behaviors often revolve around somehow receiving money.

In some cases, thoughts can be intrusive with people experiencing money-themed dreams.

While not true of all, many who struggle with a money addiction engage in risky behaviors.

In the general sense, these individuals may spend an unhealthy amount of time gambling, playing the stock market or buying commodities with the hope of a massive financial return.

These activities happen even though the person may not be able to afford potential losses.

Many who struggle with a money addiction have shared that their self-worth is tied to how much money they have in the bank.

To keep hoarding, they decline social events and isolate themselves from the world. In many ways, their behaviors mimic ritualistic traits seen in obsessive-compulsive disorder.

4. Won’t spend on themselves

In extreme cases, people addicted to money will forgo buying things for themselves, even though they can easily afford. This behavior goes beyond “being cheap” and instead is all about fears of not having enough cash.

When given the choice between buying a life-sustaining medication verses socking dollars away, the addict will struggle with the decision. As a result, the individual’s personal health may suffer.

A strong sign that a person has a money addiction is isolation and depression. Because spending time with friends and family can involve spending cash, the addict will often isolate.

Alone with their thoughts, they may obsess over the obtainment of money and worry about financial resources. Over the course of time, this reclusive lifestyle can cause a deep and serious depression. Almost always, the person’s social life is anemic.

In extreme cases, some people even sleep with cash as a way of boosting their spirits. That’s how attached they are to being around cash.

Getting help with a money addiction is possible. One of the first questions you want to ask yourself is: What does money mean to me? This can serve as the basis for creating a healthier relationship with financial capital.

A terrific book to consider is The Addiction Recovery Skills Workbook (See Amazon). Consider it a starting point on your pathway to recovery.

Obviously, working with a therapist trained in processed addictions is a smart choice, When you look for a counselor, try to find one that has training around behavioral issues.

Money dependency, per se, isn’t listed in the Diagnostic and Statistical Manual of Mental Health Disorders (DSM) however, some behavioral addictions are.

As mentioned at the start of this article, nearly anything can become addictive. This includes cash.

New study suggests potential financial troubles for millennials If your grandmother urged you to save for a rainy day, she did it for a reason. That’s because she likely knew the importance of putting away […]