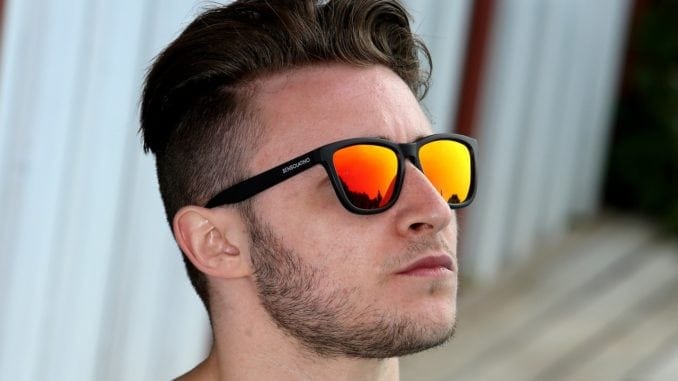 Do you spend time on your smartphone at night, browsing stories on Facebook? Before bed, do you watch videos on Hulu? If the answer is yes, you wouldn’t be alone.

It is thought that nearly ninety-percent of Americans use some type of light emitting device, such as a tablet or phone, in the hours just before bed.

What you may not know is that using these gadgets can interfere with your sleep and contribute to insomnia, according to research.

The intuitive answer is to skip the technology and do something else, like read a book. But are you really going to do this – particularly when mental bandwidth is lacking after a long day of work?

Aware that people living with insomnia struggle with changing their ways, a group of researchers from Columbia University Medical Center decided to conduct an experiment.

The study will appear in the January issue of Journal of Psychiatric Research.

Tablets, smartphones and other wireless devices employ Light Emitting Diodes (LEDs), which have a strong wavelength in the blue portion of the light spectrum.

That’s important to know because previous scientific research has demonstrated blue light at night suppresses melatonin and increases alertness, thereby interfering with the brain process that triggers drowsiness and sleep.

Use of amber-tinted lenses acts as a blocking agent against blue light, which helps to mitigate these effects.

The Columbia researchers, led by Ari Shechter, Ph.D., assistant professor of medical sciences, hypothesized that blocking blue light a few hours before bedtime could lead to improved sleep in people with insomnia.

To test their theory, the investigators recruited 14 people with an insomnia diagnosis to partake in the small study. For seven consecutive nights, subjects wore wrap-around amber frames that blocked blue light or with clear placebo lenses for two hours before bedtime.

Four weeks later, participants switched to the other set of glasses and repeated the protocol.

The results were fascinating.

Investigators discovered that participants got around 30 minutes extra sleep when they wore the amber lenses compared to the clear lenses.

In self-reported surveys, subjects also indicated they slept better, longer, and sounder – after wearing amber frames – thereby reducing the severity of their insomnia.

The findings were consistent with prior lines of research showing a benefit of blue-light-blocking lenses in improving sleep, but stressed replication of the research needs to happen in larger controlled studies, Shechter said.

“Now more than ever we are exposing ourselves to high amounts of blue light before bedtime, which may contribute to or exacerbate sleep problems,” Shechter shared. “Amber lenses are affordable and they can easily be combined with other established cognitive and behavioral techniques for insomnia management.”

Today, many smart-devices allow users to switch from blue-light to amber; something Shechter thinks is a good idea.

“I do recommend using the amber setting on smartphones at night, in addition to manually reducing the brightness levels. But blue light does not only come from our phones. It is emitted from televisions, computers, and importantly, from many light bulbs and other LED light sources that are increasingly used in our homes because they are energy-efficient and cost-effective,” he said.

“The glasses approach allows us to filter out blue-wavelength light from all these sources, which might be particularly useful for individuals with sleep difficulties,” adds Shechter.

Wearing amber glasses also seemed to reduce blood pressure in the study participants, according to data previously published from this line of research in the September issue of Sleep Medicine).

“Going forward, it will be interesting to examine whether this blue-light blocking approach can be useful for improving cardiovascular outcomes like hypertension in individuals with poor sleep.”

Meditation for Insomniacs – A Visit To Ice Station Zebra!

Use this mindful hack to get your sleep on Do you struggle with falling asleep? Are there times when you put your head on the pillow but can’t stop racing thoughts? Hoping to find a […]