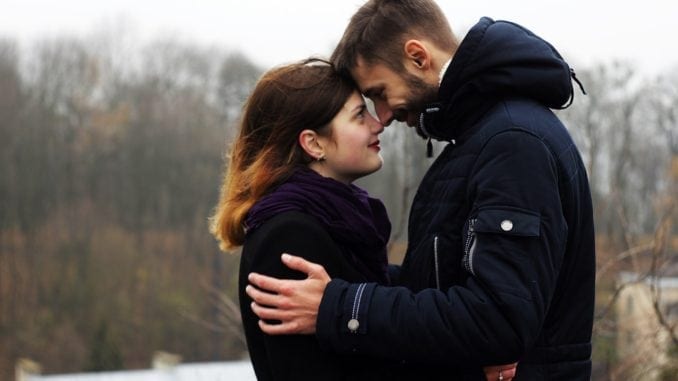 Have you ever had a friend or relative say, “Money can’t buy you happiness.” Did you blow their comment off, chalking it up as an empty platitude?

According to a new line of research published by the American Psychological Association, you may want to reconsider.

It turns out that people who have lots of money tend to experience more positive emotions focused on themselves, while people who earn less take greater pleasure in their relationships – and their ability to connect with others.

“Higher income has many benefits, including improved health and life satisfaction, but is it associated with greater happiness?” asked lead study author Paul Piff, PhD, of the University of California, Irvine. “After all, most people think of money as some kind of unmitigated good.

But some recent research suggests that this may not actually be the case. In many ways, money does not necessarily buy you happiness.”

The study was published in the journal Emotion.

For this research, investigators sampled 1,519 people in a nationally representative survey. Incomes ranged from less than $5,000 to more than $175,000 a year.

Participants were asked about their earnings and responded to a series of questions designed to measure their tendency to experience seven specific emotions linked to the construct of happiness: amusement, awe, compassion, contentment, enthusiasm, love and pride.

As an example, to measure compassion, people rated their agreement with various statements, including, “Nurturing others gives me a warm feeling inside.”

The results from the study proved interesting.

Individuals at the higher end of the socioeconomic spectrum reported a greater tendency to experience happiness when they focused on themselves, specifically, amusement, pride, and contentment.

Participants on the lower end of the money scale were more likely to experience happiness when focusing on other people, primarily love and compassion. People who were poor also indicated they experienced more beauty and awe in the world around them.

There did not appear to be a difference for enthusiasm, according to researchers.

“These findings indicate that wealth is not unequivocally associated with happiness,” said Piff. “What seems to be the case is that your wealth predisposes you to different kinds of happiness.”

“While wealthier individuals may find greater positivity in their accomplishments, status and individual achievements, less wealthy individuals seem to find more positivity and happiness in their relationships, their ability to care for and connect with others.”

It is Piff’s believe these differences may stem from higher-income individuals’ desire for self-sufficiency and independence, whereas the other-oriented emotions assist lower-income persons to create stronger bonds with others.

This bonding also is used as a coping mechanism to work through financial difficulties.

According to Piff, there has been a great deal of research over the past several years focusing on the negative effects of poverty.

“Poverty heightens people’s risks for a slew of negative life outcomes, including worsened health,” he said. “Wealth doesn’t guarantee you happiness, but it may predispose you to experiencing different forms of it — for example, whether you delight in yourself versus in your friends and relationships.

These findings suggest that lower-income individuals have devised ways to cope, to find meaning, joy and happiness in their lives despite their relatively less favorable circumstances.”

Anxiety may be ameliorated through increased brain stimulation A Duke University study reveals that increasing brain activity in certain regions linked to thinking and problem-solving may help ameliorate anxiety. The investigators discovered that inviduals at […]

7 Tips For Reclaiming Your Finances

7 Tips For Reclaiming Your Finances Are you stressed about paying bills? Feel like money comes in one second and goes out the next? Did you recently go through a big financial emergency and now […]