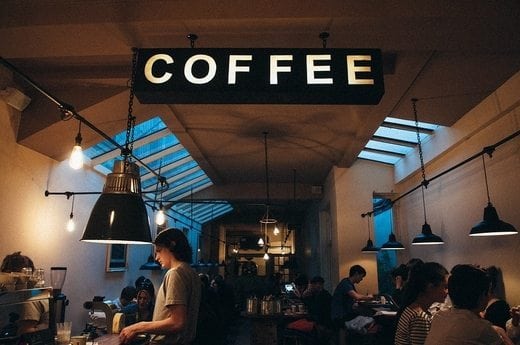 One of the most popular ergogenic aids consumed in the world is caffeine. Caffeine can be found in coffee, tea, coca, soft drinks, and energy drinks. And it may surprise you to know this substance also is an ingredient in many other over the counter products. Body builders often use caffeine to help give them an extra boost before heading into the gym to lift weights.

But should more thought be given to the use of this drug before consumption? Keep in mind I am writing this post on what is now my second cup of coffee.

Caffeine is a CNS stimulant acting on adenosine receptors in the brain; its sympathomimetic effects are similar to amphetamines but not as strong.

The reason why so many body builders and weight lifters consume caffeine on a regular basis is because it gives the body builder more energy during a workout.

A lifter may feel more energized once they consume coffee, energy drinks, or over-the-counter supplements that contain caffeine.

Athletes, including body builders, generally report feeling stronger and more competitive after ingesting a caffeine product, like coffee, because they have more energy during vigorous exercise.

And caffeine is known to have metabolic effects on adipose tissue and skeletal muscle as well as on the CNS. Some research suggests it can increase the mobilization and use of free fatty acids, thus sparing muscle glycogen and prolonging endurance activity.

Research studies have proven that caffeine increases concentration, mood, mental alertness, and many others in high-intensity team sports.

Caffeine is beneficial for athletes who participate in endurance sports such as: running, cycling and cross country skiing, swimming, rowing, soccer and field hockey.  This helps them enhance their work production, accuracy, and speed while competing in competitions.

There are many risks involved in the consumption of daily caffeine.  One of the downfalls of consuming too much caffeine is that it can cause nervousness, restlessness, insomnia, headaches, gastrointestinal problems, and tremors.

Anathlete, such as a body builder, can experience a loss of appetite while in taking caffeine as well as dehydration while performing intense exercises. An example might be a heavy day of lifting at the gym.

Caffeine can become extremely addictive and can possibly lead to body builder fatigue.  How many people do you know, for example, who can’t function, unless they have a cup of coffee in the morning? What about the folks who cannot perform their daily tasks unless they have a constant flow of caffeine?

Many body builders become at risk for health problems when they over-use caffeine to enhance their performance because they may have a negative reaction which is considered ergolytic.

One of the more dangerous side effects of consuming too much caffeine is increased heart rate and blood pressure that can lead to a heart attack if not careful. 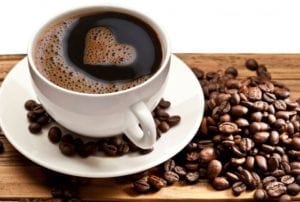 There are many long-term effects of caffeine that can pose dangerous risks to the human body. Long-term dehydration can impact the user’s overall health because it can reduce natural energy levels and decrease functionality of organs.

Since caffeine increases your heart rate, the long-term effects can potentially interfere with normal functioning.

Other long-term effects can include high blood pressure, insomnia, and peptic ulcers. Since caffeine is meant to stimulate your mind and body by helping you to stay awake, a person may be at risk for having insomnia in the future.

In addition, during caffeine withdraw; you can experience side effects, such as depression, anxiety, headaches and addiction.

When used responsibly, caffeine can be a wonderful thing. Most of the current research suggests it is OK to drink up to 4 cups a day of coffee (400 mg). If you are a soda drinker, that is about 10 cans of cola (which is a lot!) or 2 energy shots. Beyond these levels is probably not a good idea because of the side effects mentioned here.

Body builders often will use other substances in addition to caffeine to help boost energy levels. Most of these substances are organic in nature.

The problem however is that we do now always know how caffeine becomes potentiated when combined with other ergogenic aids.

As with most things in life, moderation with the use of caffeine is the recommended approach. If you are concerned about your level of caffeine intake or worried about how caffeine interacts with other things you might be taking, make sure you talk to your doctor.

How to Make Cowboy Coffee that Tastes Amazing in 7 Steps

Cowboy coffee step by step When you’re in the wilderness huddled over a hot-burning campfire in the cold of the morning there’s nothing more satisfying than a steaming mug of freshly brewed coffee. But before […]

How Matcha Green Tea Boosts Your Libido and Sex Life

Surprising Matcha Green Tea benefits Green tea is renowned for its ability to support good health, but there’s more to this popular beverage than most people think. Apart from boosting the immune system and helping […]

Can A Cup Of Coffee Really Help You Burn Fat?

Trending News: Study suggests coffee helps burn fat Do you drink coffee? Tired of reading stories about the perils of coffee drinking? Hoping to find something to help support your java habit? If the answer […]