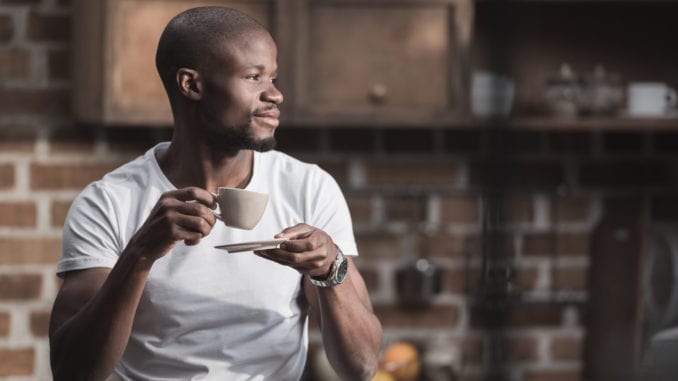 Do you drink coffee? If so, you aren’t alone. Something like 64% of all Americans who are 18 years of age or older have at least one cup of Joe per day, according to current estimates.

But are there any health benefits to be derived from sipping on caffeinated java? According to the results of a new study that appears in the journal Psychopharmacology, the answer may be yes.

Specifically, people who consumed 100 mg of caffeine each day experienced less sensitivity to heat and pressure when compared to those who did not.

For this investigation, researchers recruited 62 participants to take part in the study. They were asked to keep a daily caffeine consumption journal – plus a sleep diary – for a solid week.

In addition, they were asked to wear a small actimetry sensor on their wrist to monitor their sleep activity. Later, the participants took part in pain sensitivity testing.

According to the results, investigators found that with each 100 mg of caffeine consumed, the participants experienced (on average) a 5% increase in their heat pain threshold. Additionally, a 31.2 kilopascal increase was recorded in their pressure pain threshold.

“New research suggests that diet can be a useful intervention for decreasing pain sensitivity and helping people manage pain. Caffeine is a commonly consumed by millions of people as part of their regular diets,” said Burel R. Goodin, a study author and associate professor at the University of Alabama Birmingham.

He went on to state, “Caffeine consumed acutely in a laboratory environment or as a medication additive has known properties that help alleviate pain. However, relatively little is known about the potential impact of dietary caffeine consumption on the experience of pain. We wanted to address this gap in current knowledge.”

So, does this mean you should drink a few cups of coffee each day after banging out some heavy sets at the gym? Not so fast according to Goodin.

“Our study does not allow one to conclude that dietary caffeine consumption causes less pain. This is because our results are correlational,” says Goodin.

For some time now, health experts have suggested that drinking more than 400 mg a day of coffee is probably not a good idea. A standard cup of coffee holds around 95 mg of caffeine. When you do the math, this would suggest no more than 4 cups.

“More is not necessarily better. Research suggests that consuming more than 400mg/day of caffeine can have negative effects on mood and physical health. Therefore, people need to be mindful of the exact amounts of caffeine they are consuming on a daily basis,” Goodin stated.

Related: What is specialty coffee exactly?

Well, there you have it, folks. Yet another study to suggest caffeine in moderation may hold certain benefits, such as pain reduction.

Do you drink coffee? If so, have you noticed that it helps to reduce your level of pain? Share your comments below in the comments area.

Caffeine Pros and Cons for Body Builders One of the most popular ergogenic aids consumed in the world is caffeine. Caffeine can be found in coffee, tea, coca, soft drinks, and energy drinks. And it may […]

How Matcha Green Tea Boosts Your Libido and Sex Life

Surprising Matcha Green Tea benefits Green tea is renowned for its ability to support good health, but there’s more to this popular beverage than most people think. Apart from boosting the immune system and helping […]

What Makes Specialty Coffee So Special?

How much do you know about specialty coffee? Let’s start with what Specialty Coffee is not. Despite what you might think, specialty coffee has nothing to do with the length of a man’s beard who is […]