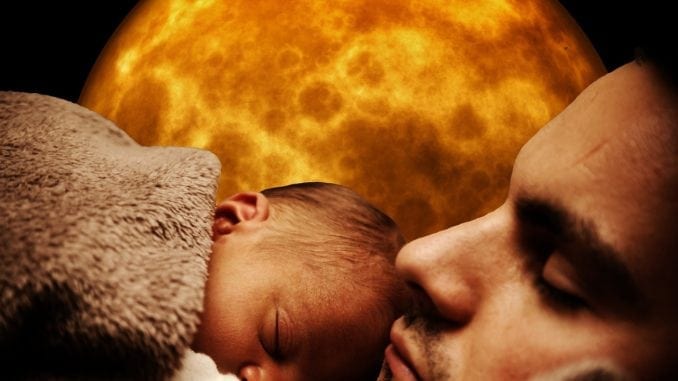 We have long known that new moms are vulnerable to post-natal depression. But what about fathers? Is it possible they experience a dip in mood after the birth of a child?

According to a new line of research out of Sweden, the answer is yes. Specifically, depression among new fathers may be more common than previously believed.

Researchers also determined that current screening instruments often fail to detect this kind of depression, placing new dads at risk because they do not receive the help they need.

It is important to identify depression in new parents not only for their own benefit but also because depressed parents are often less perceptive to the needs of a new child. This is particularly true if the toddler cries a lot.

With extreme cases, depression may lead to child neglect or inappropriate forceful behaviors.

“These behaviors are not unusual — depression does not only involve major suffering for the parent, but also a risk for the child”, remarked Elia Psouni, co-author of the study and associate professor of developmental psychology.

The other coauthors include psychologists Hanne Linder and Johan Agebjörn.

In Sweden, all new moms are screened for depression. Data reveals that around 10-12 percent of women become depressed during the first year after giving birth.

Dads, however, do not get screened. Previous international studies, however, suggest that the number of depressed fathers hovers just over eight percent.

The research of 447 new dads showed that the current method of detecting depression by using the Edinburgh Postnatal Depression Scale or EPDS, fails to detect many depressive symptoms.

“This means that current statistics may not tell the whole truth when it comes to depression in new fathers”, says Elia Psouni.

“The screening method does not capture symptoms which are particularly common in men, such as irritation, restlessness, low-stress tolerance, and lack of self-control.”

Surprisingly, one-third of the depressed fathers in the study had thoughts of hurting themselves. But very few were in contact with their healthcare system.

Data reveals that among those classified as being moderately to severely depressed, over 80% percent had not shared their pain with anyone. While difficult to know, the corresponding figure for new moms is believed to range from 20-50 percent.

“Telling people you feel depressed is taboo; as a new parent, you are expected to be happy. On top of that, previous research has shown that men are often reluctant to seeking help for mental health issues, especially depression; therefore, it’s doubtful that they would reveal their suffering to a pediatric nurse”, says Elia Psouni.

For the study, a new questionnaire was designed that researchers believe could lead to better screening methods for all dads. The method they developed, combining questions from EPDS and GMDS (Gotland Male Depression Scale), appear to be well-suited for identifying dads with multiple depressive symptoms.

In relation to screening for depression with new fathers, Psouni believes that the period to consider should be longer than the 12 months currently applied in studies of new mothers.

“Among dads, depression is common even at the end of the first year, which may be due to the fact that they rarely get help, but there may be other explanations.

Whatever the reason, it is important to monitor dads’ wellbeing as their part of the parental leave usually occurs towards the end of the child’s first year of life.”

Source: University of Lund and EurekAlert