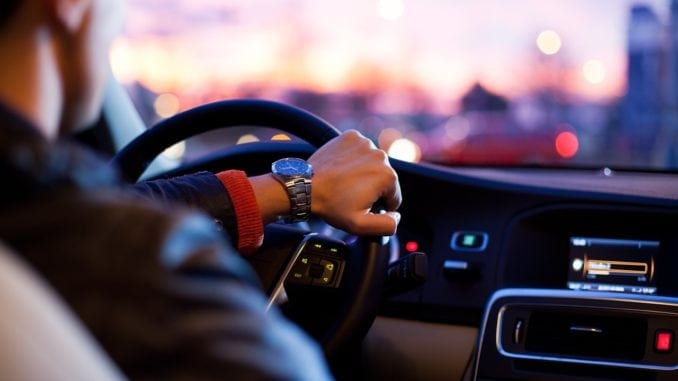 A new line of research has revealed that young men are most likely to be distracted while driving. Other groups also are considered higher risk, including people who drive more often, extroverts and neurotic types.

The study, published in Frontiers in Psychology, also revealed that older women and persons who believed they could control their distracted behavior, were less likely to report incidents of distraction.

According to data estimates from the World Health Organization, over one million people are killed in road related traffic incidents each year.

Driver distractions, which include use of mobile devices or playing with the car stereo system, are a factor in many accidents.

Risks for an accident significantly increases after just two seconds of distraction. By understanding and reducing driver distraction, researchers are hoping to save lives.

To be fair, predicting distracted driving behaviors isn’t easy because people generally don’t intend to minimize their focus when behind the wheel.

Researchers have yet to examine potential links between a person’s attitudes and intentions regarding distracted driving and how often they typically become distracted during driving.

Additionally, the potential links between distracted driving and gender, age, and personality, still need to be explored.

Ole Johansson, a researcher at the Institute of Transport Economics in Norway, explored these issues by collecting data from a sizeable group of Norwegian high-school students and a group of adults from Norway.

The surveys explored several topics, including frequency and type of distractions participants experienced during driving. Attitudes and intentions around driver distractions, plus their personalities, were also explored.

The surveys assessed a number of topics, including frequency and type of distractions participants experienced during driving. Attitudes and intentions around driver distractions, plus their personalities, were also explored.

The results revealed that overall rates of driver distraction were low and that playing around with the stereo was the most common distractor. But the major predictors of distraction were gender and age.

“I found that young men were among the most likely to report distraction,” Johansson said. “Others more prone to distraction include those who drive often, and those with neurotic and extroverted personalities.”

Interestingly, older women and persons who felt that they could control their distractions were less likely to report.

Subjects chose plans to minimize distracted behaviors by matching “if” statements, such as “if I am tempted to drive faster than the speed limit while on the highway” with “then” statements, like “then I will remind myself that it is dangerous and illegal to do so.”

The control group was given information about driving distractions. No plans. A follow-up survey given two weeks later assessed driver distraction in the two groups.

Just being exposed to information about distracted driving and completing the survey may have been enough for the participants to become more aware of their distractions, the researcher explained.

Johansson mentioned one key to successful future interventions may rest with allowing the participants to create their own plans as opposed to choosing from a random list.

This may help to promote engagement.

“Tailored interventions to reduce driver distraction could focus on at-risk groups, such as young males with bad attitudes to distracted driving and a low belief that they can control their distraction.”

Toyota Prius Review Toyota has announced a massive recall of 2.4 million Toyota Prius and Auris models for faulty equipment, but the new Toyota Prius is still the hybrid king. The recall is due to […]

5 Benefits of Yoga for Men That Might Surprise You!

Here’s the real deal why men should partake in yoga  Yoga might not be the first practice that comes to mind when you think of manly fitness regimens. Being a guy in a yoga class, […]