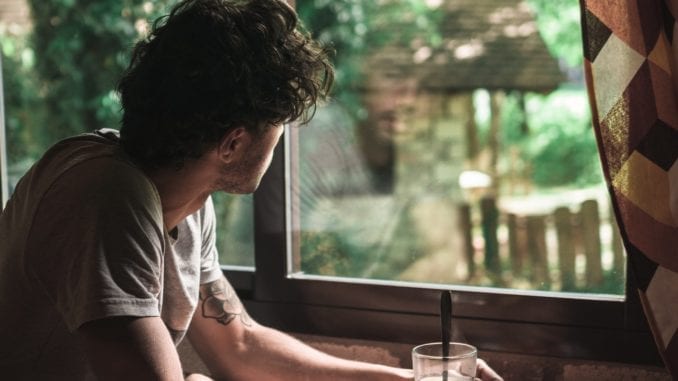 While diabetes is a common and serious medical condition that does not discriminate—seeing as it impacts more than 34 million U.S. adults—it still carries varying statistics for different demographics. Men are known to develop diabetes more often than their female counterparts. If we’re talking specifics, 14% of adult men develop diabetes compared to 12% of women.

Given that men are less likely to have open discussions regarding their health, that number is even assumed to be higher than currently recorded.

Diabetes typically manifests in two primary forms: type 1 diabetes, where the pancreas doesn’t produce enough insulin, and type 2 where the body becomes insulin resistant—which accounts for 90% of all cases. Historically, men are more likely to have type 2 diabetes.

The kicker, however, is that type 2 diabetes tends to fly under the radar because its symptoms are generally less pronounced than those of type 1 diabetes.

Another main reason diabetes can remain undetected for so long is that many initial signs indicative of the disease don’t present themselves as out of the ordinary behaviors. Take increased thirst and frequent urination, for example.

While some might consider these symptoms run-of-the-mill occurrences, for men, these changes can serve as early warning signs of diabetes.

To prevent the development of the disease, it’s important for men to take a moment to familiarize themselves with the early signs and symptoms of type 2 diabetes below:

1. Your Skin May Show Symptoms

When it comes to type 2 diabetes, skin complications tend to be one of the first visible symptoms of the disease. As a matter of fact, the American Diabetes Association estimates that one-third of individuals with type 2 diabetes will experience diabetic skin conditions.

Some of the most common dermatological issues that arise in men with type 2 diabetes are dry, itchy skin, inflammation, and slow wound healing, mainly due to poor blood flow or circulation. Because of this, men with diabetes are also more susceptible to bacterial and fungal infections.

Other lesser-known skin conditions like bullosis diabeticorum (or diabetic bullae), which are characterized by large blisters on the skin, can manifest in men with type 2 diabetes and may be signs of more serious health problems associated with diabetes, like neuropathy.

Not only do these particular blisters tend to occur in men with long-standing diabetes, but men also have twice the risk as females for developing them.

Although certain dermatological symptoms associated with diabetes are mild and therefore appear relatively harmless, it’s still essential to monitor and recognize changes to your skin early on to prevent further damage from occurring.

It’s not unusual for men to experience bladder problems, such as frequent urination, as an initial symptom of type 2 diabetes. With type 2, the body doesn’t use or respond to insulin properly, causing excess sugar to build up in the bloodstream and keeping blood sugar levels high.

When this happens, the kidneys work overtime to filter out the extra sugar by excreting it through urine. Doing so pulls fluids from our tissues, which leads to dehydration and increased thirst, and as we up our fluid intake to satisfy our thirst, the need to urinate continues, and the cycle repeats.

In addition to frequent urination, men with type 2 diabetes may also encounter urinary incontinence or loss of bladder control. Long-term high blood sugar levels can cause nerve damage referred to as diabetic neuropathy (as mentioned previously). With certain types of neuropathy, damage can occur to other parts of the body, such as the nerves that control internal organs, including the bladder.

When there is nerve damage in the bladder, it can be difficult for men to differentiate when their bladder is empty, and when they need to urinate.

As a result, men may be unable to either hold urine (causing leaking urine) or may hold urine for too long, leading to bladder infections.

In either case, it’s imperative to note any time you experience fluctuations in urination as doctors will treat bladder problems accordingly by focusing on symptoms. While it may seem like an uncomfortable subject to talk about at first, you’ll soon realize it’s much better than the physical discomfort that accompanies the issue.

While men and women share several initial warning signs of diabetes, there are also early symptoms of diabetes that are unique to men. By way of example, various experts believe that sexual health complications, particularly erectile dysfunction (the inability to achieve or maintain an erection), can be one of the first indicators of type 2 diabetes in men.

In fact, men who have diabetes are three times more likely to experience erectile dysfunction than non-diabetic men.

To put it briefly, men with diabetes are more likely to have low levels of the sex hormone testosterone. Testosterone helps to regulate blood sugar levels by absorbing sugar in the bloodstream created by insulin.

For this reason, low levels of testosterone can contribute to high blood sugar levels, essentially leading to type 2 diabetes. And seeing as diabetes can damage blood vessels, in this case, it can affect blood flow to the penis, ultimately hindering a man’s ability to achieve an erection.

All in all, diabetes is a chronic condition that can cause significant health complications in multiple aspects of one’s life—especially for men. Fortunately, with early detection, you can stop type 2 diabetes in its tracks before it wreaks havoc on your health.

The key is to recognize the symptoms of type 2 diabetes by paying close attention to any changes to your body, no matter how subtle they may seem. Don’t wait until it’s too late to take control of your health. Talk to your doctor about your risks for diabetes and be sure to mention any symptoms.

Does Coffee Help Men Have a Better Sex Life?

Coffee, men, and the bedroom There is widespread belief that drinking coffee retards the sex drive and causes erectile dysfunction (ED). However, although the caffeine in coffee is a vasoconstrictor that can reduce blood flow, […]

5 Skincare Products Every Guy Should Have!