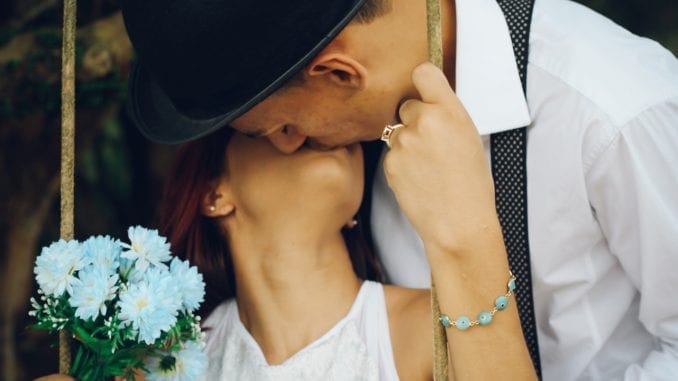 If you are like most folks, you probably want to live a long and meaningful life. If that’s your goal, you may want to make sure your spouse is happy, according to a new study appearing in the journal Psychological Science.

Olga Stavrova, a researcher at Tilburg University in the Netherlands, combed through data from nearly 4,400 American couples over the age of 50 in a nationally representative survey.

Over an eight-year period, participants and their spouses provided updates on issues believed to influence mortality, such as support from their partner, exercise frequency, and life satisfaction.

Other information was tracked as well, including gender, ethnicity, household income, and age at the beginning of the study.

The results showed that at the end of the eight years, around 16% of the participants died. Most of the folks who passed away tended to be older men who were less physically active and less educated. They also were in poorer health and had less money when compared to other participants.

And here is what’s super interesting: The spouses of the men who died were more likely to pass away over the eight years when compared to other couples.

In the final analysis, the study found that couples with higher life satisfaction at the beginning of the study lived longer.  To be more specific, the people who had happy spouses were at less risk for dying.

Commenting on the findings from this investigation, Stavrova shared the following: “The data show that spousal life satisfaction was associated with mortality, regardless of individuals’ socioeconomic and demographic characteristics, or their physical health status.”

The term life satisfaction is a complex term, making it difficult to define. In the general sense, this concept can be thought of as how a person views their life from a quality perspective.

To be sure, specific attributes can influence life satisfaction. These include things like diet, exercise, and spousal happiness.

Stavrova offered the following example: “If your partner is depressed and wants to spend the evening eating chips in front of the TV — that’s how your evening will probably end up looking, as well.”

Translation: couples who are happy tend to be more physically active; a behavior research has consistently shown extends life.

Contextualized by the study, Guy Counseling spoke to licensed psychotherapist Aaron Sternlicht about strategies to create happiness in a relationship. He believes that mindfulness is where it all starts.

“It’s important to understand that becoming mindful is not an event, it’s a process. It takes time, and with consistent practice, you will develop a mindfulness habit,” says Sternlicht.

“As soon as you are aware your mind is drifting to the past or future or thinking about something else, bring your thoughts back to your present moment,” he adds.

Well, there you have it, folks. Your spouse’s happiness could very well impact how long you live. What do you do to create joy in your marriage? Are you an active couple?

Inner Confidence vs. Outer Techniques: What To Focus On?

Fake body language You walk into a bar and spot a gorgeous looking girl and you want to approach her. Your hands start sweating, your heart starts to pump like crazy and you feel hectic […]

Marriage Has Lifelong Impact On Feelings of Happiness

Study suggests married couples more satisfied with life than singles Much has been written about the benefits of marriage. Examples include financial and emotional security. According to new a new study authored by Shawn Grover […]