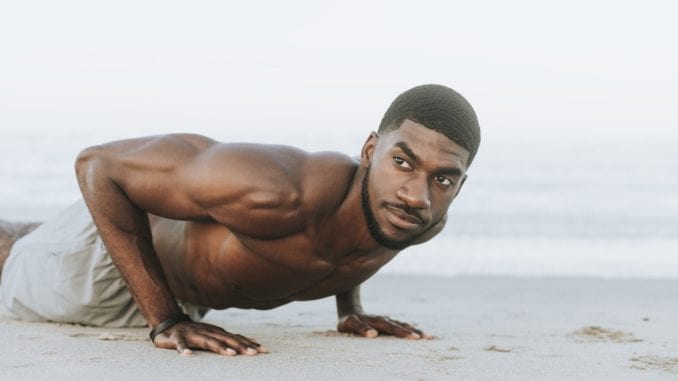 So how many pushups can you do in a minute? 10? 20? If you want to live longer and have a better chance of avoiding heart disease, you might want to get that number up to at least 40.

A recent study released by researchers at Harvard University found that men who could do more than 40 consecutive push-ups had a 96 percent reduction in cardiovascular issues.

The investigation was conducted over ten years using looking at more than a thousand active male firefighters from Indiana with the median age of 39.6. Of those studied, 37 heart disease related events were documented, but only one of them occurred in the men who could complete 40 push-ups.

The study was published February 15th by the Journal of the American Medical Association. Participants had to complete the push-ups in about a minute.

According to statistics from the Centers for Disease Control, about 610,000 people die of heart disease every year in the United States. Cardiovascular issues are the leading cause of death for men and women and annually about 735,000 Americans have a heart attack.

However, scientists did caution that the ability to do a large number of pushups is only one identifier and there are many other factors including age, aerobic fitness levels and a person’s body mass index.

“This study emphasizes the importance of physical fitness on health and why clinicians should assess fitness,” study author Professor Stefanos Kales said in a statement.

Participants were given a physical exam and medical questionnaire every year. Scientists also gave participants a treadmill test, but found that the push-up ability was a more accurate indicator of potential heart trouble. Treadmill tests are often more expensive and take larger amounts of time, so they aren’t done routinely.

Scientists said the next step is to study links between heart disease and push-up ability in less active men and women.

So, how many push-ups can you do? Assuming you do them, are you trying to beat your current number? Does this new line of research motivate you to tack on a few extra?

30 Minutes Of Cardio Before A Test May Boost Your Scores

Trending News: Link drawn between cardio and exam taking Are you a student looking for an extra edge when taking an exam? Hoping to find an honest and effective way to boost your test scores? […]

This Push-Up Guide Is Sure to Get Your Chest On!

Push-Up Guide for Blowing Up Your Chest It’s time to push your fitness routine to the limit. Welcome to the push-up massacre. Do you think that you can’t see gains from bodyweight exercises? You’re wrong. […]