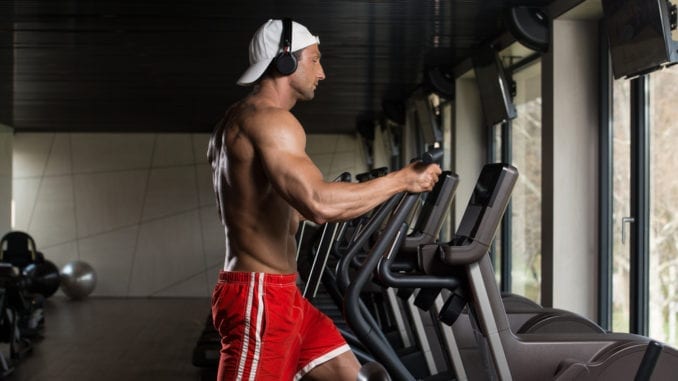 Are you a student looking for an extra edge when taking an exam? Hoping to find an honest and effective way to boost your test scores?

If the answer is yes, listen up – new research appearing in the Journal of the International Neuropsychological Society (JINS) suggests doing 30 minutes of cardio before taking a test may be super helpful.

For this investigation, researchers at the University of Maryland School of Public Health used Functional magnetic resonance imaging (fMRI) to monitor brain activity in a group of participants between the ages of 55-85.

As part of the study, scientists had the participants attend to various memory tasks, including the identification of famous names on two separate days.

That’s where the cardio part comes in.

On the first day of the experiment, participants were asked to hop on to a stationary bike and knock out 30 minutes of moderate exercise. Afterward, they underwent fMRI brain scanning while taking the “Famous and Non-Famous Name Discrimination Task” test.

On the second day of the assessment, the participants had it easier. All they had to do was sit in a laboratory waiting room and chill. Afterward, they took the memory test while undergoing the brain scan.

What investigators discovered was extraordinary. They found that participants who did 30 minutes of cardio just prior to their memory test significantly recalled more names than the waiting room group.

In addition, the fMRI scan results showed an uptick in activity around an area of the brain called the hippocampus for the cardio group.

That is kind of a big deal because the hippocampus is thought to be largely responsible for memory.

Here is what Carson Smith, lead author of the study, said in a statement about the results:

“Just like a muscle adapts to repeated use, single sessions of exercise may flex cognitive neural networks in ways that promote adaptations over time and lend to increased network integrity and function and allow more efficient access to memories,” Smith said.

The study’s authors wrote the following in the conclusion of their research: “Coupled with our prior exercise training effects on semantic memory-related activation, these data suggest the acute increase in neural activation after exercise may provide a stimulus for adaptation over repeated exercise sessions.”

As a college instructor who teaches courses in psychology and business, I can tell you that I’m always looking for ways to help my students earn better scores on exams.

Considering the research appearing in JINS, I’m probably going to encourage my students to do less cramming and more exercise during exam time – particularly in the 30-minutes leading up to a test.

The experiment conducted by University of Maryland researchers involved the use of a stationary bike. But I wonder if jumping on a real bicycle or simply going for a light run might yield similar results?

According to the study, the participants did moderate levels of cardio as gauged by their VO2 Max. It’s easy to imagine replicating “moderate” efforts with other forms of cardio, such as a stair climber, rowing machine or treadmill.

At any rate, there you have it, folks. Thirty minutes of cardio before to taking a test may offer the boost you need on exams.

Are you preparing to take a test? If so, would you consider doing some form of exercise before your exam?

Here’s Why The Number of Push-Ups You Do Matters, Says Study

Trending: Push-ups and cardio health So how many pushups can you do in a minute? 10? 20? If you want to live longer and have a better chance of avoiding heart disease, you might want […]

A new HIV oral swab test promises faster results A new oral swab test for HIV is being developed by researchers at Stanford University that promises to be between 1000 and 10,000 times more sensitive […]