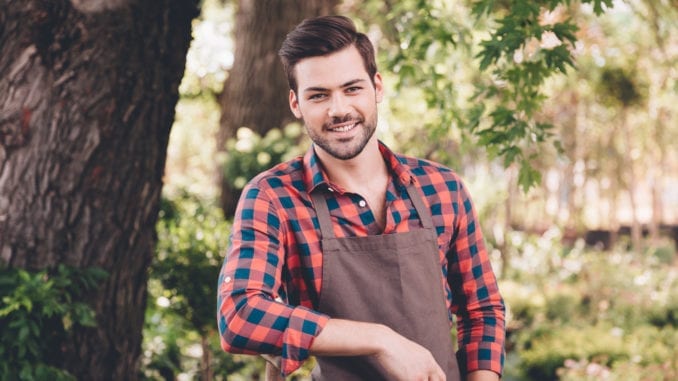 No man is an island and every single one of us wants to belong somewhere.

We are a social being and we want to be respected and liked in our communities. When we look around, we see guys who have this almost naturally.

The charm, the wits, the likeability.

And even though there are naturals- people born with these skills- one can still learn them.

So here are 7 ways to increase your likeability.

1. Be quick to apologize

“I was right” destroyed more friendships than anything else. You won’t get far in the sphere of likeability if you are constantly seeking out matters where you disagree with a person.

Find common grounds with people and find it fast. This will sometimes come easy, but at others, you will be at a disadvantage. The errors will be made from your side and it is your job to be quick to apologize.

Be sincere in your apology and do it as soon as you realize that either you are wrong, the other person is getting emotional or that the situation could get out of hand.

2. The tone is everything here

You could use the same words of “I’m sorry” to convey an apology or use it convey that the other person is losing her cool and starting to go out of control.

Be quick to apologize because admitting to others that you are wrong shows strength, courage, confidence, and willingness to be wrong. This will make you magnetic in the company of others.

Stubbornness and ego might destroy friendships, but judgmental attitude destroys everything, including trust and likeability.

People who have an attitude of no judgment tend to have other people open up to them in a real and honest way. They can sense when you just want to hear their story because you are curious and that no matter what they tell you, you won’t throw rocks at them.

Related: How to be more witty and charming

There is a phrase by a famous Bosnian writer which goes “What is human isn’t foreign to me.” It’s easy to judge- anyone can do that. But to withhold judgment and have an honest conversation, that takes work.

If you can master the ability to withhold judgment, you will increase your likeability by 10 fold.

Nobody likes a downer so don’t be one. There is far too little sincere optimism left in the world and that’s because it’s quite easy to be a pessimist, but it takes work to be an optimist.

When you smile at people, you are giving them the invitation to talk to you because you’re in a good mood, you are spreading joy and fun around you and that you enjoy the company of yourself.

There is a law of state transference which means that the other person will pick up your mood and emotions in the time being so if you’re smiling and enjoying yourself, there will be an almost immediate effect on other people with the same kind of emotions.

Most people would tell you that chit-chat would make you likeable. Well, most people are wrong even though it seems like that. The thing is that the people who can be liked by almost everyone are not the people who only chit-chat with others and find a common ground (build rapport), but they also “go first.”

When you “go first,” you open yourself up with a story or a piece of information which shows your vulnerability as a person. This gives permission the other to do the same and build even deeper connections with you, in fact turning you more likeable.

When you go first, you are exposing a much deeper part of yourself and with that, the rapport that you build with the other person is greater.

So don’t be shy to push the conversation into more depth, that’s exactly what likeable people do.

5. Be specific with your compliments

There are two things that kill a compliment: generalisation and agenda.

By generalisation I mean this: Wow Bruno, I really liked your article on likeability (wrong).

Wow Bruno, I really liked the flow in your article on likeability. It felt like a conversation with a friend (right).

Be specific when giving compliments to other people because that shows sincerity. You didn’t say you liked something just because the sake of it, you said it because you really liked it and you emphasized the part which you liked the most.

The other thing which can destroy a compliment is agenda. Agenda means that you are telling the compliment to a person not as an end, but as a means to an end.

You are telling a girl her curly hair makes her beautiful face stand out not because you like that, but because you want her to like you so that you can have something more with her.

When giving a compliment, don’t think about it as a way of achieving some goal. Tell them because you want to tell them-Period.

Only a self-confident person can make jokes about himself in front of other people. First of all, this not only makes you “go first” with those kinds of jokes but also makes you appear more attractive to everyone.

I met my friend’s sister on a rooftop party and I just returned from a date with another girl or at least I thought it was a date. We went for pancakes and afterward, I walked her home. Everything was going well until she told me, half-way of walking her home, that she has a boyfriend for 2 years already and that for her, this was a friendly coffee.

Oh well, I couldn’t do much there so I simply walked her home and hugged her at the end. It felt stupid but nonetheless, it was a good story to share.Everyone laughed at the story and we had a good time on the rooftop. Later on, my friend’s sister hit me up and we went out on a real date. She told me that the reason for this was that I didn’t start bragging about my life, but told a story about my failure in a funny way. That made me stand out in her eyes.

If you can laugh at your expense, you will become the people’s favorite.

A single touch is worth just as much as two hours of talking. So touch other people, but do it in a proper manner. Don’t touch guys on top of their shoulders (like a father would do) because that implies that you’re preaching to them. Asses the situation and act accordingly.

Start small and just do a light pat on the back, a fist bump, high five or any low-risk move like that.

People who are not afraid to touch others are secure in their own body, sexuality, and have self-confidence. These are all likeable traits and you can convey them by touching people appropriately. Invite girls to dance, invite guys to games where you cheer and hug because it’s appropriate. This all would make you even more likeable.

And there you have it, the 7 ways to increase your likeability.

All that is left now is to go out there and do it.

Trending News: Study reveals attraction styles If you are like most people, the last person you want to attract to your life is a psychopath. You know what I’m talking about, right? These are folks […]

5 Tips For Getting a Girl Interested In You That Work!

Want to get a girl interested in You? Use these tips “Nobody talks to girls in real life anymore,” said a friend of mine recently. “It’s all just likes and stuff online.” That statement is […]

Trending News: Men are into women who dig other women SHORT VERSION A new study suggests a substantial number of men prefer women who are occasionally into other females. LONG VERSION It’s no secret that […]