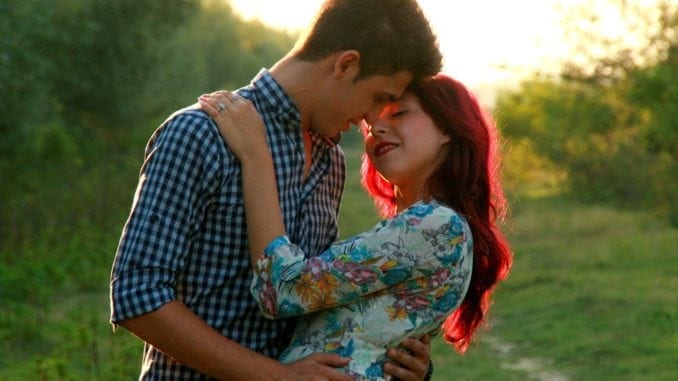 Trending News: Men are into women who dig other women

A new study suggests a substantial number of men prefer women who are occasionally into other females.

It’s no secret that many men harbor fantasies of getting it on with two women at once. In fact, it’s the story line behind many adult-themed videos. It also happens to be a topic that is not often talked in public because of social taboos.

That’s why a new study appearing in Personality and Individual Differences is so fascinating. According to the research, men substantially prefer women who are occasionally attracted to other women.

The investigation, which involved 949 participants from China and another 305 people from the United Kingdom revealed that a large number of guys preferred a mate who was attracted to both sexes.

One of the study’s authors, Menelaos Apostolou of the University of Nicosia, said the following: “I am an evolutionary psychologist and same-sex attraction constitutes a major puzzle that remains to be solved by evolutionary-minded scholars.”

Women who were attracted to both sexes equally or women who gravitated more towards women were less desirable.

“Across different cultures, there are many heterosexual men who find same-sex attractions in women desirable,” Apostolou said.

And what about the women who took part in this study? Do they like guys who are attracted to other men? According to the data, the answer is – not as much.

The men who took part in this research were 6.49 times more likely than women to prefer a partner who was attracted to both sexes.

Guy Counseling spoke to licensed psychotherapist Bill Ferrand about the findings to get his impressions.

“This is an interesting study. But it is important to recognize this is a relatively small sample that is confined to two regions [China and the UK]. We’d need to see more research on this topic before we can make wide sweeping generalizations.

Still, the results are fascinating because it helps to open a knowledge window into human attraction and sexuality,” Ferrand said.

What are your thoughts? Do you prefer women who are sometimes attracted to other women?

Do beer goggles make people more attractive? According to a study released by National University of Ireland, Galway (NUIG), 58% of the men have hooked up with someone they typically wouldn’t have if they were sober. […]

7 Ways To Increase Your Likeability Every Guy Should Know

Here’s some hacks to become more likeable No man is an island and every single one of us wants to belong somewhere. We are a social being and we want to be respected and liked […]