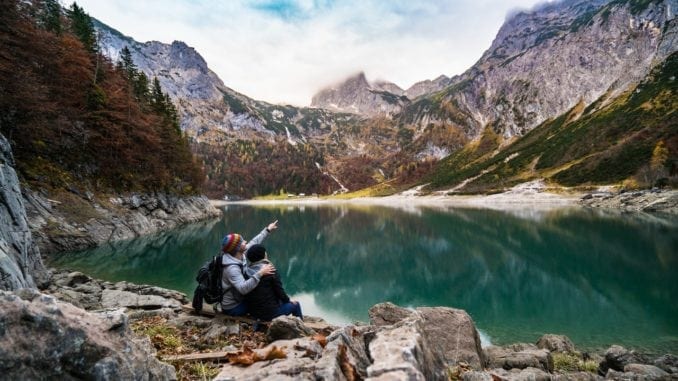 Much has been written about the benefits of marriage. Examples include financial and emotional security.

According to new a new study authored by Shawn Grover and John Helliwell of the Vancouver School of Economics in Canada, happiness can also be added to the list.

According to their findings, married couples were more satisfied with their lives when compared to singles. Additionally, people living as a couple, but unmarried, responded much like married persons.

If you are thinking satisfaction in life was confined to the so-called honeymoon phase phenomenon – think again. The study found feelings of content continued into old age.

The research has been published in the Journal of Happiness.

What’s interesting is that the beneficial aspects of marriage – meaning feelings of well-being – occurred most profoundly during middle age.

This is a time in life that is often associated with the dreaded “mid-life crisis”.

As highlighted in the study, unmarried people experienced much deeper dips in life satisfaction during this time period.

“Marriage may help ease the causes of a mid-life dip in life satisfaction and the benefits of marriage are unlikely to be short-lived,” says Helliwell.

The researchers also discovered that people who are best friends with their mates experienced the largest well-being benefit.

“The well-being benefits of marriage are much greater for those who also regard their spouse as their best friend,” shared Helliwell. “These benefits are on average about twice as large for people whose spouse is also their best friend.”

Researchers also concluded that the happiness associated with marriage apparently flows through social channels. This may explain why the benefits of marriage remain unaltered as time marches on.

Intuitively, this makes sense when one considers couples often provide one another unique social support for various life-challenges.

The close friendship in these types of relationships might help to explain why persons who live together but unmarried enjoy a sizeable “well-being” benefit of marriage, particularly if a partner is considered a best friend.

Investigators caution that their conclusions can only be applied to other western countries where similar surveys are available.

Funding for the study was made available by the Canadian Institute for Advanced Research.

The Secret To A Longer Life May Be A Happy Spouse

Trending News: Link drawn between spousal happiness and longevity If you are like most folks, you probably want to live a long and meaningful life. If that’s your goal, you may want to make sure […]

10 Steps For Cheating Husbands To Heal Their Marriage

Table of Contents If you are a cheating husband, here’s how to forgive yourself and heal your marriageWhy Husbands CheatCheating Husbands and Self-Forgiveness1. Own Your CheatingOwning your cheating suggestions2. Avoid Graphic DetailsTips for talking about […]

How Perceptions of Power In Marriage Are Impacted By Surname Use

Marriage, power perceptions, and surname choices One of the topics that often comes up in premarital counseling is changing last names. Specifically, we’re talking about the long-standing custom of women dropping their maiden name and […]