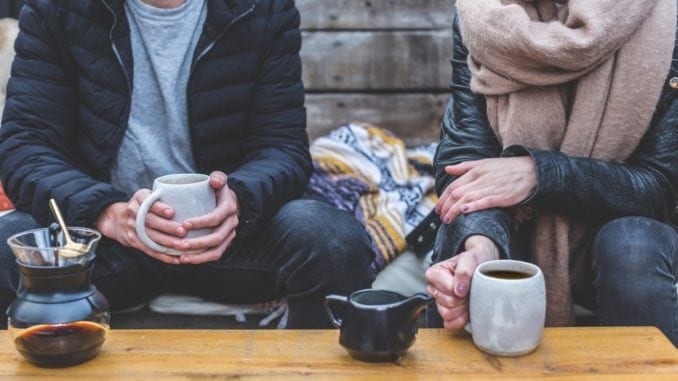 “His palms are sweaty, knees weak, arms are heavy
There’s vomit on his sweater already, mom’s spaghetti
He’s nervous, but on the surface, he looks calm and ready”

What are they going to think of me?

What am I going to say?

Should I hug or shake hands?

Meeting the parents of your loved one can be one of the most nerve-racking experiences of your lifetime. You’ve fallen in love with someone and you guys have decided to test out the waters with your parents, but there’s no getting around the awkwardness of this particular moment.

You might have seen all the disastrous scenarios of how things can go wrong in Ben Stiller’s hilarious comedy Meet the Parents (2000). Don’t make the same mistakes.

Here are the do’s and don’ts of meeting the parents.

You can give a wave out of the car window when you arrive for a date or arrange for a chance meeting at a local coffee shop. Just a quick smile and hello can go a long way. By the time you make it to the formal dinner, they’ve already gotten used to the idea of seeing you around.

Related: Should I take my cheating girlfriend back?

Think of this as a job interview and make yourself presentable. Consult your partner on this one because they know their parents better than you do. Their parents might prefer a more casual look, or perhaps they’re really impressed by a swanky suit and tie. How you dress says a lot about you.

Get it right and you could impress the parents without having to say a word. Put your hygiene under the microscope, as well. Trim your nails, your facial hair, and wear clean clothing.

Have something insightful and interesting to say when you meet the parents. Do some research beforehand and get a brief overview of the current events. You should be able to carry on an intelligent conversation and display your ability to speak eloquently on world affairs.

Ask open-ended questions about their opinions. Give them quick and concise answers about yours. This is a defensive tactic that takes the heat off. Get one of them talking and you’ll be able to cruise through the evening by just nodding your head and saying um-hm.

Respect house rules. Sometimes, meeting the parents can involve an overnight visit. You might be tempted to enact some late-night shenanigans with your partner, but you must resist the temptation to break Mom and Dad’s house rules.

This might mean that you need to sleep in separate bedrooms, refrain from smoking or wear conservative PJs when moving about the house. You might have aced the formal dinner, but you can lose every point you gained by treading through the kitchen in your loose-fitting superman boxer shorts.

Get your story straight. Sometimes, people give their parents a glossy version about how they met their new flame. You and your partner need to get on the same page about the details of your relationship.

If the official story is that you met at a church breakfast, then your version of events had better coincide with the details that were already given. Work out a timeline so that your relationship story matches your partner’s tit-for-tat.

Don’t show up empty-handed. Even if your significant other tells you that it’s okay and you don’t have to bring anything, you’d better bring a gift. Don’t spend a lot of money on the gift because you don’t want to seem like you’re trying to buy their acceptance.

You want to choose a thoughtful gift, something that carries a meaning. For example, Dad might be a big baseball fan. Don’t bring him season tickets. Bring him a present that highlights his favorite player or team. It shows that you’ve done your research and you’ve made a personal connection with him.

Try not to engage in controversial subjects such as politics, religion or sex. This will take a considerable level of skill because parents seem to always want to talk about those particular subjects.

That’s partly because they want to see how you handle the pressure. Also, they’re trying to gauge how you stand on the big topics that might affect a deeper commitment down the road.

If you wind up talking about any of these contentious issues, then keep your answers brief and general. Your stance is your stance, but you should always at least appear to be empathetic toward their world views. Don’t get into any heated debates.

Keep away from the P.D.A. There should be no public displays of affection when meeting the parents. Your intimate encounters are already the elephant in the room, so don’t make it obvious by going overboard on the affection.

The parents already know that you two kids are crazy about each other, so public displays of affection aren’t required. This isn’t like meeting the best friends or co-workers of your significant other. There’s no need to validate. So, keep your hands to yourself and you’ll score big points.

Don’t fake it. The parents of your significant other don’t expect you to be perfect. So, there’s no need to lie or appear to be someone that you’re not. You have to be genuine at all costs. Telling little white lies about your life might work in the short game, but in the long run this will come back to haunt you. Don’t try to be too polite or overly-nice because these behaviors might not work as well as you think.

Parents are very perceptive, and they’ve been right where you are. Come off fake with a bunch of trumped up attributes and you’ll ruin the chance to genuinely impress them with your real qualities.

Don’t tell jokes. You might think that a little humor will ease the tension and keep things running smoothly, but you’re wrong. The problem is that humor is subjective. What’s funny for one person might be offensive for the next person. Telling one bad joke could lead to a heated blow up that you’ll be powerless to diffuse.

It’s also one of those things that nobody ever forgets. Save the jokes for when you’re better acquainted with their ideas, opinions, and beliefs. The best thing you can do is allow the humor to flow naturally. So, don’t tell pre-canned jokes.

You are going survive this and probably enjoy the experience. After all, meeting your girlfriend’s parents will help to fill in the background of the person you are spending time with. The trick here is to just be yourself.

That’s not too difficult, right? 🙂

Is it OK to wear cologne on a first date?

What To Do When You Want to Date a Hookup

How To Have A Killer Date: Four Dimensions Of A Person

Get to know her – like a man We have all been there. You are sitting on a date with a beautiful woman, the dinner comes to the table, wine is poured in and you […]