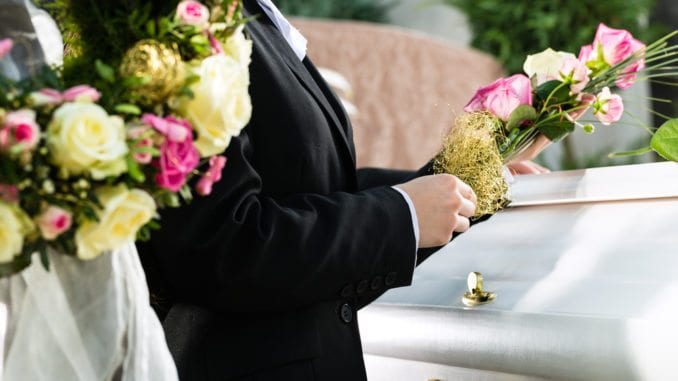 Are you a man trying to figure out what to wear to a funeral? If so, you wouldn’t be alone. Lots of guys struggle with this question, particularly if they don’t own a suit.

As a counselor, I can’t tell you how many times men have called me about this topic. “Is it OK to wear slacks and a button-down?” and “Would it be OK if I have on khaki’s?”

My sense is that most of the guys who phone me do so because they are too embarrassed to ask their friends. Let’s face it, funeral attire and etiquette aren’t the sexiest subjects.

Moreover, the topic of death wigs some dudes out, especially if it means having to open up about feelings. I’m not saying this is true of all men but in my experience, it applies to many.

At any rate, back to the reason you are here – what should I wear?

Seeking answers on this topic, Guy Counseling turned to an expert. His name is Eli Turnbough, a licensed funeral director with Lakeview Funeral Home in Chicago. He offered the following insights:

“Much depends on the relationship the man had with the deceased. What you wear to a co-worker’s service might be different than how you would dress for a close family member or friend,” Turnbough said. 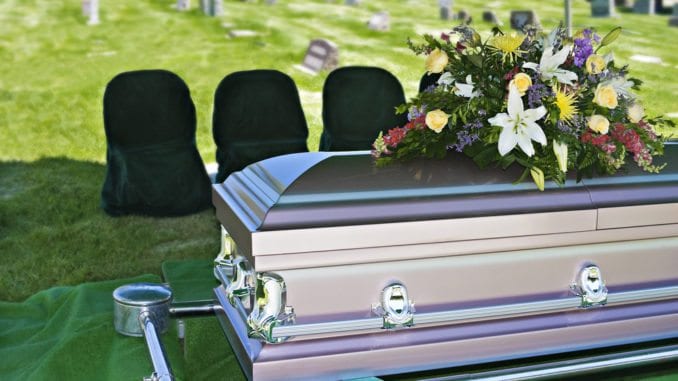 Do Men Have to Wear a Suit?

In our conversation, I was curious about the conventional wisdom that holds guys should always wear a suit – preferably black or grey.

“I’m not sure that’s accurate. If you are attending the memorial for a colleague or non-close relative, it’s perfectly fine to wear a pair of slacks and a button-down shirt with dress shoes. A tie and blazer add a nice touch,” said Turnbough. “But it doesn’t have to be a suit,” he added.

One major theme I picked up from our discussion was that guys should try to keep it simple. “Nothing bright – I wouldn’t walk in with a Hawaiian shirt,” Turnbough said.

Based on his advice and doing some checking around the web, I found several options for guys to consider. Now keep in mind that I’m the same person who purchased a coffin from Costco for my aunt. So, take these suggestions for what they are worth.

If you aren’t an immediate family member of the deceased and are attending a wake, memorial or funeral service, here are some ideas:

If you are an immediate family member, close friend or colleague of the deceased, it is best to wear a suit. This also applies if you have been asked to be a pallbearer. Tips:

What If I Don’t Own a Suit?

Let’s be real. Not everyone can afford a suit. The higher quality ones can be very expensive. I’ve seen some cost north of $1500.00. So, what do you do if you can’t afford one?

I’m going to tell you straight out the real deal.

The most important thing about attending a funeral is your presence. While attire is certainly important, that’s not what people will remember you for (particularly family members).

What they will recall is that you showed up and paid your respects. That doesn’t mean you should walk into final services with jeans and sneakers on. Here again, use common sense.

If you don’t own a suit, consider the options mentioned above for non-immediate family members. Again, it’s your presence that really matters.

That said, there are other options if money is tight.

Should you decide to go the rental route, it’s important to be direct with the sales associate. I spoke to Morgan Klinker, a men’s formalwear expert in Chicago who shared the following:

“Just tell the person you will be attending a funeral and need something basic. I encourage guys to go with charcoal for versatility,” Klinker said. “Remember, the person you are working with is there to help you,” she adds.

Can I Wear Cologne or Aftershave?

Another thing guys ask is: “Can I wear cologne or aftershave to a funeral?” It’s a legitimate question with an answer I’ll offer that might surprise you.

Yes – it is okay to wear men’s cologne to a funeral but with an important qualifier. The fragrance you put on needs to be super subtle and not overpowering.

In other words, not too much.

What About Funeral Etiquette?

A lot of men are curious about funeral etiquette. What do you say and to whom? Here are some basic tips that apply in almost all situations:

If you are a man attending a funeral, it’s only natural to wonder about attire. Hopefully, the suggestions made here will help you with the decision-making process.

Bear in mind there may be cultural or religious traditions to consider. The type of service also matters. For example, some memorials are planned many weeks after a death and are typically informal. Ash spreading ceremonies can go either way. Military funerals tend to be very formal. Much depends on the situation.

Finally, it’s worth mentioning again that your presence is what counts the most. In the final analysis, people tend to remember who showed up as well as who didn’t.

Are Men Overworking Themselves To Death? One Study Says Yes

Trending News: How much work is too much? In 2019, one would assume that working and at least having a job should be commendable. However, despite what some claim to be a booming economy, more […]

Is It OK To Wear Jeans To A Funeral?

Jeans and funerals – Is It OK? Are you wondering if it’s OK to wear jeans to a funeral? Curious if showing up in denim might be considered rude? Hoping to find the answers but […]