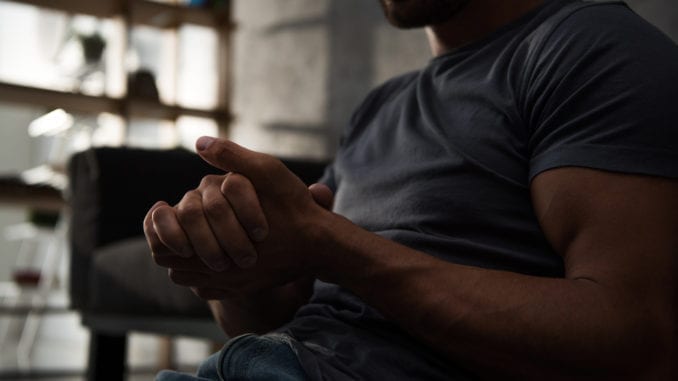 In 1969 psychiatrist Elizabeth Kübler-Ross published a seminal article entitled On Death and Dying, inspired by her work with the terminally ill. In it, she outlined five stages of grief: denial, anger, bargaining, depression and acceptance.

These have become known as the grieving process. The five stages have been assimilated into popular culture and are referenced in jokes and memes.

But what do they actually mean?

The first thing to understand is that Kübler-Ross never intended her model of grief to be prescriptive. The five stages aren’t the best (or the most-healthy) way to process grief.

In fact, she never intended that they be viewed as a simple progression in which you start at denial and end, a few months or a few years later, at acceptance.

Instead, they were intended to be descriptive, or a way of giving a label to feelings that seem overwhelming or incomprehensible.

Related: What men should wear to a funeral?

The stages of grief aren’t an instruction, telling you what you should do when you’ve experienced loss; they’re a way of understanding, and helping you know that you’re not the only person who feels this way.

Some people don’t ever experience all five stages; some people feel as though they’re permanently stuck in one of them. Most people who are dealing with loss will go between different stages of grief in the space of days, hours or even minutes.

With that in mind, here’s a brief description of each stage, but listed alphabetically to emphasize that there’s not a correct order to feel these things.

This means recognizing that although the world has changed, that’s the way things are from now on. The person who has died is no longer walking and talking; they’re not going to come back home or call you.

The job you lost is finished. The relationship you hoped would be permanent didn’t actually work out.

This is one of the stages of grief that Kübler-Ross needed to normalize, or to explain that almost everyone feels this at some point.

Many people find it hard to express anger anyway; it’s even harder if those around you expect you to be sad and withdrawn, but you’re filled with rage.

It’s also one of the stages of grief that people return to again and again. Almost nobody responds to loss by being angry for a time and then never feeling that way again.

Everyone uses bargaining at some point in their lives. It might mean thinking, “I’ll go out and spend some money this weekend, but then I’ll work an extra few hours next week to make up for it.”

It might involve another person, it might be between you and God or Life or The Universe, it might be a deal with yourself, but everyone will bargain at some point.

What’s more, you’ll continue to do it long after your experience of loss. Every time you have a “what if?” daydream, you’re bargaining, and you’ll probably never stop.

This is your mind giving you an anesthetic. Your feelings are too painful to bear, so you allow yourself to feel numb for a while.

And just as some people need painkillers constantly in order to get through the day, while others take one dose and then feel fine, your need for denial will be different from someone else’s.

Because this is usually listed as the first stage of grief, there’s a lot of expectation that you’ll somehow need to get past or get through denial in order to get on with grieving. But denial comes and goes; some days you need a bit more anesthetic.

Because depression is a diagnosis in its own right, there’s a lot of confusion about whether someone who’s grieving is actually depressed.

There’s an idea that sadness is normal, but depression is a problem.

However, since the person who is grieving may show the same symptoms and experience the same feelings as someone who’s clinically depressed, there’s little point arguing over the difference.

Related: 10 things to never say at a funeral

If you’ve experienced a loss, then depression may be part of your reaction to it. It might last for a long time or be over quickly. It might come and go, so that you feel maybe you’re not actually depressed at all.

But your feelings are real, and they’re no less valid just because you know what’s causing them.

The five stages of grief – denial, anger, bargaining, depression and acceptance – are a useful way of understanding how someone feels when they’ve experienced loss.

However, they’re not a prescription for the way that grief should proceed, moving from one stage to the next in a set order, but rather a way of helping a grieving person accept and understand their own shifting and conflicting emotions.

Is It Wrong To Skip a Family Member’s Funeral?

Would you skip a family member’s funeral? Not long ago, a gym buddy of mine named Steve shared with me that his brother Nick had just died. Feeling sorry for his loss, I offered my […]