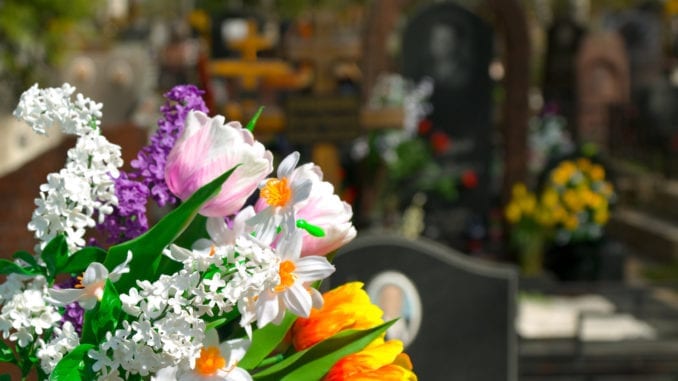 Would you skip a family member’s funeral?

Not long ago, a gym buddy of mine named Steve shared with me that his brother Nick had just died. Feeling sorry for his loss, I offered my heartfelt condolences.

“I can imagine this is a very difficult time. Is there anything you need?” I asked. Steve, being the independent person that he is, replied, “No, but thanks man – I appreciate.”

As our conversation continued, I was curious to know if his family had made funeral arrangements. If possible, I wanted to attend whatever services that might take place, such as a wake or memorial.

To my surprise, he responded by saying, “I am not sure. But then again, I haven’t asked my parents. The truth is I have no plans on going to any of it,” he said with a deadpan face.

As you can imagine, I was taken back. Why would anyone ever skip the funeral of a close family member, like a sibling? Wanting to know more, I gently prodded for details.

“I really don’t want to go into it all right now, but I can tell you we weren’t very close. In fact, we hadn’t talked in years,” said Steve, whose face showed no signs of sadness.

As I digested his words, it occurred to me that he had never really talked about his family, let alone his brother Nick. In fact, this was the first time I had ever heard him mention a sibling at all.

As a counselor, I knew better than to keep digging. The hard truth is no two people ever experience grief in the same way. While folks may share common traits, such as what we see in Elisabeth Kübler-Ross’s Five Stages of Grief, the process of loss is different for everyone.

Fast forward two weeks later – after Steve had shared the initial news of his brother’s passing. I had bumped into him at the gym and asked him if he wanted to grab a coffee at a nearby café.

My motivation was twofold. First, I was genuinely interested in hearing about how he was feeling. Second, a part of me was curious if he stayed true to his comments about bailing on his brother’s funeral.

Now here is the thing. Steve isn’t a dummy. He knew full well this wasn’t going to be one of our typical bro-talks. But because of our friendship, he felt safe sharing.

Carefully, inquired about how he was getting on.

“I’m OK – I guess. It’s been a few weeks. During the first couple of days, I was numb. But since then, things have been up and down,” he said while staring into his cup. “My wife tells me I should talk to someone,” he added.

A few seconds of silence passed. I asked him straight out about the funeral. Did he go? Here’s what he said.

“Yes – but barely. I skipped the wake entirely. Church services, too. I wasn’t going to go to the funeral either but at the last minute, I showed up for the graveyard service.”

As our conversation continued, Steve revealed that his brother had been abusive to him when they were younger and I’m not talking about verbal or physical violence. No, instead, he had been inappropriately touched.

Related: Things to never say at a funeral

I learned there was a 10-year age difference between them. While he didn’t share all of the details, it sounded like Steve had been sexually abused by his brother during childhood. Apparently, it had gone on for some time.

Suddenly, a lot of things started to make sense. Examples include his never mentioning family and his response to my question about funeral plans.

We continued chatting. “I ultimately decided to go because I knew that I couldn’t live with myself if I didn’t,” he revealed.

When we finished our coffees, I could sense he had experienced some catharsis. Given that his wife had encouraged him to talk to someone [code for a therapist], I gave Steve the digits to a psychologist who specialized in trauma.

All of this leads to the main theme of this post. Is it ever OK to skip a family members funeral? Had Steve decided to skip the entire thing, would that really be wrong?

Yes, in the final analysis, he made himself go to graveside services. But what if he had chosen not to? Would that make him a bad person?

Are there some family relationships that are so horribly damaged that showing up to final services might do more harm than good?

What are your thoughts on this topic?

Does Buying a Coffin From Costco Save Money on Funeral Costs?

Costco Coffin Review after death of my aunt Would you buy a funeral coffin from a place like Costco? Does the thought of doing something like this creep you out? I can’t say I blame […]