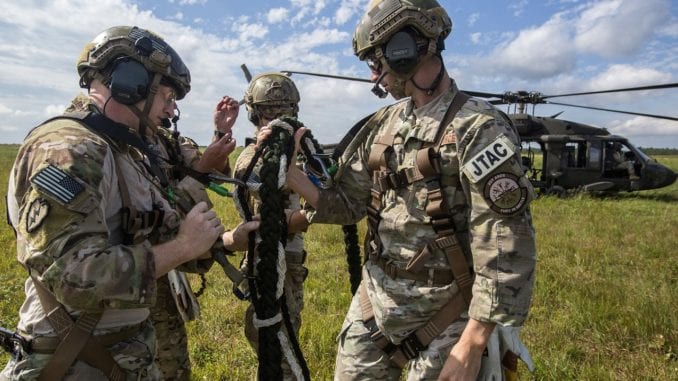 We’ve known for some time now that the suicide rate among military members is much higher when compared to the civilian population. For many, the holiday season only serves to intensify feelings of sadness.

What a lot of folks may not know is that National Guard Members are at greater risk for suicide when compared with active duty members.

You may be wondering why? It’s simple.

Guardsman are expected to immediately jump back into their civilian lives after returning from a deployment; an adjustment that can be extremely hard. This is particularly true if a Guardsman has been in a combat situation.

As a result, many return and find themselves struggling with a variety of mental health issues. Examples include depression, anxiety, and post-traumatic stress disorder (PTSD).

All of these are considered risk factors for a person’s suicide risk; topics that are often not discussed among service members because of a fear of being judged.

That’s why a recent study conducted by Michigan State University is so fascinating – and hopeful. In short, investigators wanted to know what role, if any, a loving, supportive relationship plays in helping to reduce the risk of suicide.

The answer? Indeed, being with a partner who understands the service member’s feelings and helps them to feel valued acts as a buffer against self-harm.

In this study, researchers surveyed 712 Guardsman who lived in Michigan and had been deployed to Afghanistan and Iraq between the years 2010-2013. Those who were surveyed were in committed relationships. There were three variables being assessed: 1) mental health symptoms 2) suicide risk and 3) relationship satisfaction.

The soldiers were asked a variety of questions, including how enjoyable their relationship was and if they had ever thought about or attempted suicide. Other questions were asked as well, including the frequency depression, etc.

To no surprise, there was a high degree of association between mental health challenges and suicide risk. In fact, the more intense the symptoms, the greater the risk for self-harm.

But here’s the interesting and promising part. If a soldier was in a loving, supportive and satisfying relationship with another, their risk of suicide dropped dramatically.

Adrian Blow, a study author, said the following in a press release. “Our findings show that more needs to be done to enhance the quality of relationships to improve the satisfaction level and through this decrease the suicide risk.”

He went on to add, “Having a partner who understands your symptoms may help the service member feel understood and valued. There are family support programs available, but we need to do more to enhance relationships post-deployment. Relationships do not get enough consideration in the role they play in preventing military suicides, and I would love to see more attention devoted to this issue.”

The study was published in the journal of the American Association of Suicidology.

Navy May Be Changing Its Working Uniform for Sailors

Upper brass considering 2-piece khaki Are you in the Navy? Well, there could be some big changes on the horizon for what you wear to work. According to a series of reports, including The Military […]