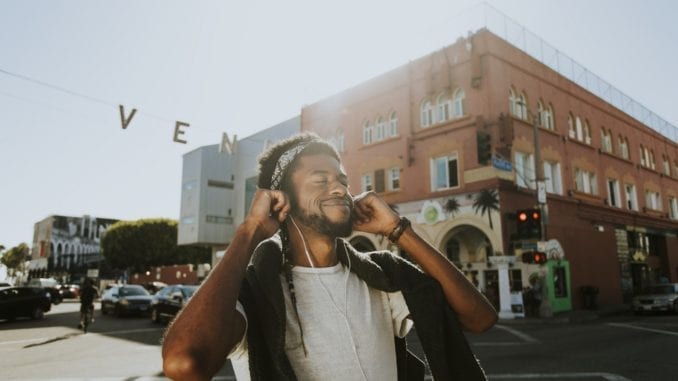 Trending News: Link made between pleasure chemical and music

Have you ever been in a funk and reached for music? When you popped in your earbuds and listened to your favorite tunes, did the experience of joy quickly follow?

If the answer is yes, you wouldn’t be alone. Lots of people find that music offers powerful mood-lifting benefits. Speaking only for myself, I know that when I’m feeling down, streaming The Eagles or ELO with my Air Pods is restorative.

Now, thanks to a recent study appearing in the Proceedings of The National Academy of Sciences, we have a better understanding about the relationship between mood, music, and the release of a happiness related brain chemical called dopamine.

FYI: dopamine is a neurotransmitter that ferries information between areas of the brain and ups feelings of pleasure.

Here’s a quick cook’s tour of the study. Investigators altered the dopamine transmission of 27 study volunteers as they listened to music.

Over the course of three separate sessions – which were at least one week apart – the researchers gave each person a dopamine precursor.

One was levodopa, an amino acid that amps up dopaminergic availability. Another was risperidone, a substance that reduces dopamine signaling to the brain. The final pill was lactose, which was used for control purposes.

So, you may be wondering what investigators discovered? Long story short, they found that risperidone interfered with the volunteer’s ability to feel musical pleasure.

Conversely, they also found that the folks who took levodopa reported enhanced feelings of happiness while piped into music.

Laura Ferreri, an associate professor at Lyon University and one of the study’ authors, shared the following with PsyPost:

“This study shows for the first time a causal role of dopamine in musical pleasure and motivation: enjoying a piece of music, deriving pleasure from it, wanting to listen to it again, being willing to spend money for it, strongly depend on the dopamine released in our synapses.”

On some level, the results make sense. Risperidone is often used as a medicinal treatment for people living with bipolar disorder.

But the levodopa results are somewhat surprising, given that this substance is often associated with the treatment of Parkinson’s disease.

Ferreri makes sure to point out that the goal of this study wasn’t designed to find a magic pill to boost happiness while listening to music. “We were interested in finding the neurochemical mechanisms underpinning the music-evoked pleasure, and we used a pharmacological approach to address this question,” she said.

But here’s the real takeaway from the research, according to Ferreri. “Listening to the music you love will make your brain release more dopamine, a crucial neurotransmitter for humans’ emotional and cognitive functioning,” remarked Ferreri.

Well, there you have it, folks. If you want to pull yourself out of the dumps, a bit of music therapy might be a natural and effective way to kick-start dopamine, thereby increasing happiness.

Kind of cool, don’t you think?