Owl Symbolism: What Do the Tattoos Mean?

Owl tattoos are amazing to look at. Much of what attracts people to get an owl tattoo can be traced to what an owl symbolizes and its meaning. While the numbers are not exact, it is estimated that only around .05% of America’s tattoo wearing population has an owl. This makes the person having one extremely unique.

To give you a snapshot of just how special owl tattoos are, we think that around 45 million people in the United States have some type of tattoo. Going by the math, this means only 225,000 people have this animal inked somewhere on their body.

If you are one of these individuals, consider yourself special.

This article will explore everything you ever wanted to know about owls and owl tattoos. We will examine what the owl symbolizes and the owl’s spiritual meaning. For fun, several owl myths have been listed along with a number of owl facts. Other information about owls has been woven into the page, including specifics on why people are so attracted to them.

Owls: What Are They?

Owls are among the oldest forms of life on earth. Fossils of the species date back to the Paleocene era; which was some 66 million years ago. They are classified as birds and can range in size from a small sparrow to a large eagle. Owls are considered to be nocturnal birds of prey. This is a fancy way of saying they like to hunt at night.

All owls hold the universal trait of having a facial disk. There are two different kinds of owls: 1. Strigid Owls (circular face) and 2. Tytonid Owls (heart shaped face).

One of the magnetic characteristics about owls relates to their eyes. Owls typically have forward-facing eyes that are elongated, wide, and with somewhat thickened corneas.

Owls have a high number of light-sensitive rods in their retinas in comparison to other birds. The rods (plus the big eyes) allow them to have a keen sense of vision, particularly in dim light.

A common misnomer is that owls can see in total darkness. It’s simply not true. What they can do is pick up on movements in the dark in ways that other animal species cannot. Although not commonly known, owls have extreme hearing.

At night, they combine their special auditory capabilities with their specialized nocturnal vision to hunt and capture prey. When you see video of an owl diving deep into the snow to snag a meal, it’s because they are using sight and sound to hone in on their prey.

Owls have come to symbolize many things since ancient times. Archeologists have discovered the mummified remains of owls in Egypt not far from the Pyramid of Giza. These birds of prey have been depicted in ancient Egyptian hieroglyphics. The Mayans also record Owls in rock walls and etchings of statues.

Throughout human history, owls have been part of our collective psyche for reasons we understand and many we do not. These particular birds hold spiritual significance among many cultures and peoples. Let’s take a look at a few:

Tribes that make up the various Native Indian (aka Native American) groups in the Western Hemisphere believe different things about owls.

And so depending upon the tribe, you will get different meanings for this bird.

Owls have often been associated with the afterlife. Part of this has to do with the fact that this animal is a creature of the night. As such, it has been assigned ghoulish traits and characteristics. Examples include owls representing evil spirits or “the dead”.

If you see an owl in your dream, it is supposed to represent wisdom and intelligence. An owl in flight suggests a thirst for knowledge. An owl resting in a tree or looking through your window is thought to be a message from the spirit world to communicate observation.

Some people believe owls are connected in some way to various Zodiac signs. The primary one happens to be Pisces (February 20-March 20). A full discussion of this Zodiac sign and its association with Pisces can be found on this Pisces symbols post.

Spirit Animals (also referred to as Life Animals) by Native Indians contain the owl. Owls are thought to be sent to us from a time and place that is beyond our understanding. This is similar to the phenomenon of hypnosis, which is thought to open up portals of understanding. Their goal is to impart various messages. Some of these owl messages include:

Owl tattoos are a favorite among many people, particularly men. People get them in all shapes and sizes with some of the more popular ones adorning individual chests and backs.

Many people choose to get an owl tattoo to symbolize something unique about themselves. Others want to send a specific message. Common Owl symbolism tattoos are designed to communicate: 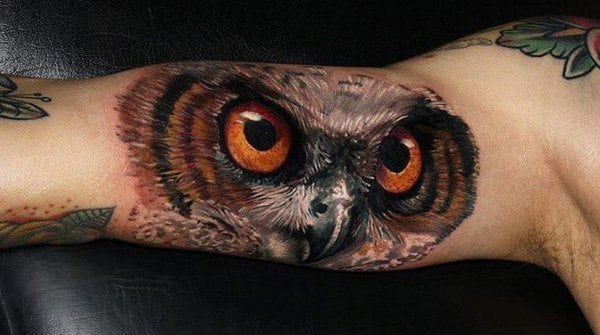 There are a number of variations to choose from when it comes to owl tattoos. Much will depend upon the message you are trying to communicate to others.

What follows are some options to consider, based on the current data observed from the Internet as well as conversations with tattoo artists.

If you want to send the message to people you are mysterious, you might want to go with a barn owl tattoo. When you think about a barn owl, they are rarely seen when you try to look for them. The mysterious thing is you know they are present and can feel their eyes watching you – somewhere.

To Communicate Elegance and Class

Some people wish to send the message of elegance or being “classy”. If this is something you would like to do, consider a Snowy Owl. Snowy Owls often appear majestic and dignified, particularly in flight.

To communicate evil, darkness or death

To this day, many cultures view owls as a spiritually evil entity. It is for this reason some people choose to get an owl tattoo. A simple black ink tattoo often sends the desired message. You can also get an owl tattoo depicting its face as a way of communicating death.

To communicate life and spiritualism

If you want to communicate to others the opposite death and instead life, you may wish to get a colorful inked tattoo of an open winged owl. Many choose this as a way of sharing with others their deep sense of spiritualism. Owl tattoos that represent life and spirit often have color. 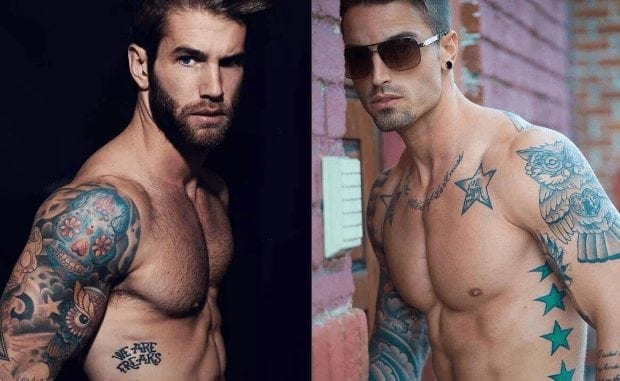 Where you choose to put your owl tattoos is entirely up to you. The larger the owl tattoo, the more you communicate the message you want to send about yourself to others.

Keep in mind that over the course of time, your owl tattoo will change shape and size because of the aging process. Your skin will also transform over time, taking away from its original look. Because owl tattoos tend to be somewhat intricate, many tattoo artists suggest medium to smaller sized ones.

Owl tattoos look great as a standalone tat or in combination with other representations. It just depends on your personality and what you are looking for.

Here are some of the common areas people get owl tattoos inked to their skin:

Owl symbolism is steeped in myth. Some of these myths are based on actual spiritual teachings, passed on from the ancients. Others however, are nothing more than the stuff of non-sense. Here are a few owl myths: 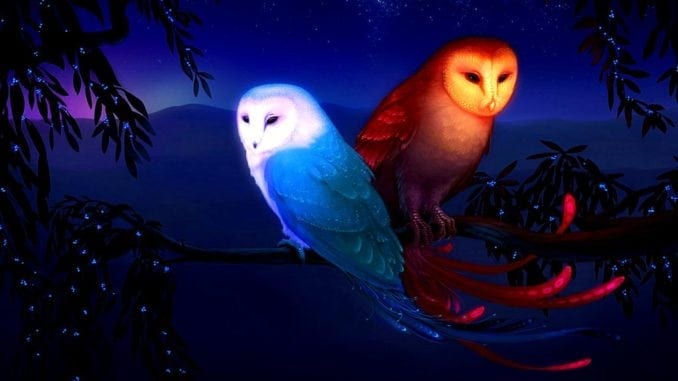 A lighted owl is thought to attract good luck, according to ancient lore. It is thought that the owl’s eyes in some way transmit positive energy towards all who it casts its gaze upon. Some people have reported that the lighted owl acts as some kind of lucky charm and will touch it before leaving the house each day.

As mentioned throughout this page, owls mean different things to different people. Just for the sake of fun, a poll has been made available for you to share what owl symbols mean to you.

Because of their unique appearance, some have suggested that owls are really aliens that have been sent from outer space. One of the urban legends regarding this bird is that they come from a race of aliens that live in the Noctua system, deposited on the earth to observe mankind.

As the myth goes, the owls communicate through some type of psychic means with Noctuan aliens, regularly reporting their findings. More than a few individuals believe this to be a fact and point to the owl’s mysterious eyes and keen hearing as some type of proof.

I hope you found this post helpful. Thanks for visiting.