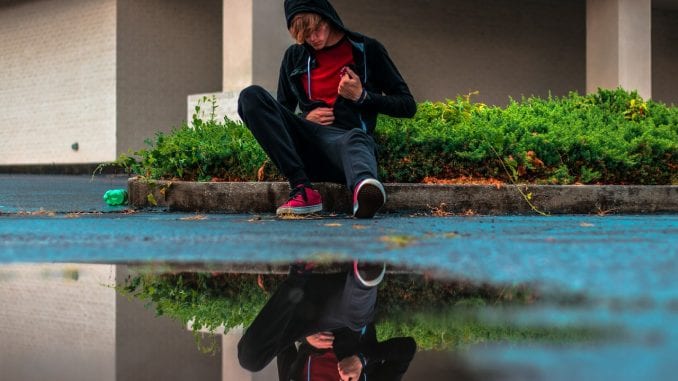 Feelings and Emotions: A Closer Look

Do you ever struggle with emotions? Do you ever find yourself wondering what you’re feeling, whether you’re angry or sad or just confused? Emotions and feelings are temporary but they’re very important indicators of our well-being.

Sometimes, men fail to properly identify how they’re feeling, or they might even manipulate their feelings so that they’re always angry or pump themselves up with a false sense of bravado and confidence just because these emotions are easier to recognize and understand.

Why is this important? Well, there is scientific evidence that suggest men have a difficult time recognizing different emotions. Women seem to handle the task much better than men. A research team from the University of Montreal published their findings in a 2019 issue of Neuropsychologia.

The women greatly outperformed the men in this study. Some evolutionary psychologists believe that women are just hardwired to recognize emotions better than men because of their roles as caregivers. However, there could be other reasons such as the importance of social hierarchy.

One of the lead researchers pointed out, “These gender studies are necessary for researchers to better understand mental diseases which have a strong gender component. That means they affect men and women differently. Autism is a good example, because it affects more men than women and one of its features is the difficulty in recognizing emotions.”

Well, we want to level the playing field when it comes to recognizing emotions and feelings. Language can be a powerful tool in understanding what’s going on inside your head. You might not want to acknowledge that you’re feeling sad because that has such a negative or weak connotation for men. However, if you reframed sad to look something more like dismayed or heavy, then you might be able to process it better.

Let’s break this down into two categories – negative and positive emotions.

It’s one of the most primal emotions and one of the easiest emotions for men to access and understand. You might recognize it if you feel bitter, disgusted, or furious. Your body might get warm, or you might start to sweat. Anger can also look like resentment, irritation, and annoyance as it creeps to the surface.

As mentioned earlier, sadness can be difficult for men to process because you might have been conditioned to think of sadness as a form of weakness. Men feel sad. It can feel like a heaviness in your chest or a dull ache in your limbs. You might be sad if you feel dejected, frustrated, upset, or heartbroken.

Confusion is a type of emotion; it’s a feeling that relates to anxiety. When you feel confused, you’re conflicted about what actions you should take and what words to say. Confusion can be reframed as feeling embarrassed, hesitant, or lost. You might notice a tenseness in your back or shoulders. It might also make you feel pessimistic about the future and even the present moment.

Feeling hurt is another one of those difficult emotions for men. It’s often seen as a weakness and some men try to turn those feelings into anger or suppress them altogether. Feeling hurt is hard to manage because it implies that someone has taken advantage of you and that makes dealing with trauma difficult for men. Try to remember that even lions are wounded and it’s no symptom of weakness to have suffered. How you overcome it is a testament to your strength.

It’s perfectly normal to feel fear. Yet, you might not be able to recognize fear because of your perceptions about the word itself. Yet, you can reframe fear as simply feeling overwhelmed, terrified, or scared. Fear might feel like a tightness in the pit of your stomach or tenseness in your back. You can release fear through breathing exercises and logically challenging the object that triggers your fear response.

Related: Do You Know These Five Hidden Emotions?

You might think that happiness is an easy emotion to recognize. You smile and you feel great inside. Did you know that being amused, delighted, enthusiastic or even joyful are other ways to describe happiness? By exploring deeper meanings for happiness, you can open yourself up to even more opportunities to feel one of our greatest emotions.

Most men want to feel strong. It’s physical language that is often used to describe how we’re feeling. You might say that you feel strong when you’re meeting your goals, being tenacious, or making bold decisions. Yet, you shouldn’t confuse this emotion with other feelings or thoughts. Try to keep the word strong in reserve for expressions of physical temperament so that you don’t overuse it.

This might be a better expression to use when you’re feeling strong. When you feel confident, you’re being brave, assertive, and self-loving. You might notice that you stick your chest out more and hold your head higher. You feel relaxed in your body and energized. Feeling confident is great, but when you abuse confidence, it manifests itself as egotism and vanity. So, keep confidence in check.

When was the last time that you remember feeling curious? It’s an amazing emotion that men often don’t recognize. It comes about when you’re feeling enchanted by the world around you, when new experiences or new people spark your passion, or when you are pleasantly surprised. You might feel tingly in your body, energized, or even playful. Curiosity helps you to create new ideas and experiences. So, be sure to look for things and people who provide you with a sense of exhilaration and mystique.

This is a positive feeling that often leads to increased productivity and confidence. When you feel focused, your mind, body and spirit are in alignment. You feel more creative, healthy, and refreshed. Yet, you might think that this is just a sense of confidence or strength. Of course, feeling focused is related to those other feelings, but in a singular state, feeling focused and recognizing when you’re not feeling focused can help you better understand your own temperament.

Emotions and feelings come and go. Sometimes, before you’ve even processed why you felt a certain way, the feeling is gone again. According to scientific research, men have a difficult time recognizing emotions and part of the reason could be that men lack the language to describe what they’re feeling.

Some emotions carry negative connotations that men simply don’t want to associate with. In those cases, it might be helpful to think of other ways to describe how you’re feeling. For example, if you don’t want to admit that you feel hurt, then you can reframe that emotion in a way that’s more beneficial for you. Getting to know your emotions is a way of getting to know yourself and a better understanding of your own inner mechanics will benefit you and the world around you.

What You Need To Know About Touch Deprivation

Touch Deprivation Explored One of the greatest impacts of the COVID-19 pandemic is that people just don’t casually touch one another anymore. You might not think it’s important if you’re married and have a family, […]

Trending News: Social media envy has neurological ties to how people process rewards Envy – it’s one of the seven deadly sins and can lead to the corruption of your sense of self-worth and happiness. […]