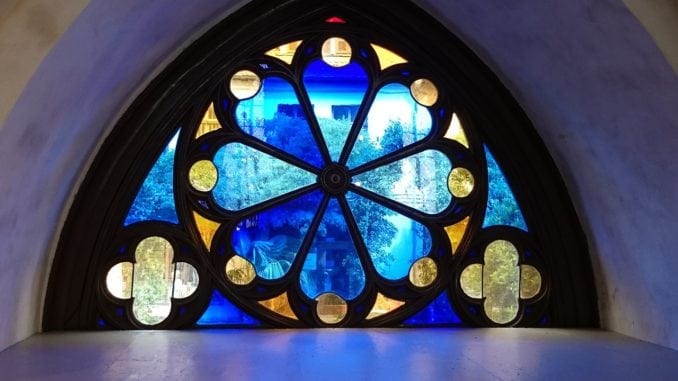 Going to a wake? Here’s what to expect

Recently, a client phoned me to ask: What is a wake? Apparently, he was too embarrassed to query his friends and decided to obtain the answer from a discrete source.

That’s the interesting thing about being a counselor. You get all sorts of questions from folks that aren’t always related to mental health.

In my client’s case (let’s call him Ryan) he shared that a coworker had suddenly passed away after some type of accident. Not wanting to pry, I offered my condolences and went about the business of answering his questions.

In a nutshell, here’s what Ryan asked and my responses.

What is a wake?

In the traditions of the Catholic faith, wakes are gatherings where mourners pay their condolences to family members and other loved ones of the departed.

In the United States, wakes are almost always held at a funeral home and typically occur one or two nights in advance of the burial.

In many ways, modern-day wakes are similar to visitations.

Why are they called wakes?

The word wake is a shortened version of “awake” with its roots coming to us from the Celtic traditions of Ireland.

Back in the day when someone died, family members and close friends would stay up all night long in the presence of the body.

You may be wondering why?

It’s simple. Some believed that the dead person’s soul was vulnerable to possession and needed protection until the body was planted into the ground.

To ward off evil spirits, mourners would remain “awake” throughout the night and act as a living shield, through prayer, on behalf of the soul. Typically, prayers were would start at dusk and end at dawn.

After the body was buried in the ground, the deceased person’s soul was considered safe.

What happens at a wake?

Nowadays, wakes are similar to standard visitations. Some refer to this as “calling hours”.

While each wake is unique, typically friends and family members come to a funeral home where the body of the departed rests in a casket (coffin).

Sometimes the casket is open and sometimes it’s not. Much depends on the circumstances surrounding the person’s death and the decision of family members to show the remains.

If you are going to attend a wake, there’s a good chance you’ll walk into the funeral home and find the deceased person’s name on a marquis.

Upon entering the room, you’ll likely see chairs and couches positioned in rows directly in front of the body. In addition, there’s a very good chance you’ll see a memorial book nearby.

It is customary for mourners to sign their names to the book and even write a note. Even if you didn’t know the person who passed or wasn’t particularly close to them, you still want to sign the book. It’s just proper etiquette.

Oh, one more thing about the book.

If it is a true Catholic wake, there’s probably going to be prayer (funeral) cards positioned nearby. Typically, the card shows a religious symbol on the front and a spiritual message on the back.

The name of the person, their date of birth and date they passed, also appear somewhere (usually backside).

Just like signing the book, it is considered proper etiquette to take a card.

How long do wakes last?

Much depends on what kind of arrangements were made by family members. Some wakes start early in the day, like 2 pm and go until 9 pm. Others start much later, like 6p, and end before 10 pm.

As a general rule, the closer you were to the departed, the more time you will probably spend at a wake.

If you didn’t know the person or only casually knew them, you probably won’t spend much time there. Again, it just depends on your relationship with the deceased.

Once you sign the book and grab a prayer card, you have some options. If you are of the Christian faith, you would most likely walk up to the casket and say a brief prayer.

Regardless if you approach the casket or not, you will want to offer your condolences to the family. Most often, immediate family members are seated near the casket, such as on a couch or a row of chairs.

As an aside, here are 10 things you never want to say at a funeral or wake. Doing so can cause deep pain for those left behind.

After you’ve shared your sorrows with the family, you can either take a seat towards the back of the chapel or if invited, with a family member towards the front.

Here are some other things to look out for at a wake:

What should I wear to a wake?

If you are invited to a wake (or visitation) of someone, think semi-formal. That’s because wakes are not the same as funerals where it is expected that you dress up.

Here’s a handy guide on what men should wear to a wake or funeral with clothing examples. Bear in mind the closer you were to the departed, the more formal the attire.

If I go to the wake, can I skip the funeral?

Close family members are expected to attend the wake and funeral of the departed. Others, such as casual friends, co-workers or acquaintances, aren’t held to this same standard.

Like most everything mentioned above, much will depend on your relationship with the departed or their family members.

In the case of my client Ryan, he really wasn’t all that close to his coworker and only knew her casually. Ultimately, he ended up paying his respects and staying for thirty minutes.

What Do the Five Stages of Grief Actually Mean?

5 stages of grief explained In 1969 psychiatrist Elizabeth Kübler-Ross published a seminal article entitled On Death and Dying, inspired by her work with the terminally ill. In it, she outlined five stages of grief: […]