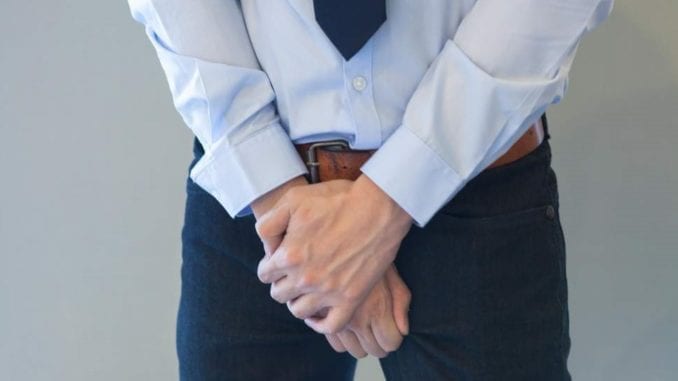 When you are embarrassed about your equipment size

It’s taken me a long time to write this note because it’s so embarrassing. Perhaps the best way to do this is to just come right out with it.

I’m ashamed of manhood. It’s not ugly or anything. But I do think it is a lot smaller than most guys. Over the years, I’ve become more and more conscious about it. Now, at 25, it’s gotten to the point now that it’s ruining my love life.

When it comes time to do something intimate with a woman, I end up chickening out because I’m afraid that “it” won’t be enough.

For what it is worth, I think it’s around five inches, give or take.

First, I want to applaud you for taking the time to write about a topic that is not often discussed and widely misunderstood. Please know that you aren’t alone on this journey and there are lots of other men who also struggle with this issue.

That said, this must be difficult for you. On the one hand, there is a part of you who yearns for intimacy and really wants to be (in the biblical sense) with a woman.

On the other hand, there exists a mental barrier that is walling off any possibilities. And let’s be real – this isn’t an issue you casually bring up with your buds over a beer.

You probably already know this but I’m going to say it anyway. The size you disclosed, at least according to the research, isn’t “small”. In fact, if you head on over to Science, you’ll find that the average man is just over 5-inches when fully erect.

In other words, if what you have measured is correct, your manhood is right about where most guys are. But as I said, I’m thinking you already know this because most men concerned about size do a lot of research on this.

While you never mentioned this in your note, I’m wondering if you had a bad experience – in the past – where you were made to feel shame around your size?

Obviously, this is something you’ll have to think about to find the root cause. For example, did a girl say something that caused you to feel embarrassed? When you were younger, perhaps even in school, were comments made in the locker room?

On that last point, I’m reminded of a guy (let’s call him Billy) that I used to go to high school with. We were both in our freshman year and attended many of the same classes. One of those courses happened to be physical education (P.E.).

Long story short, part of P.E. was learning how to swim. I don’t remember the exact number, but I think there were twenty of us in that class. Anyway, at the end of pool time, all of us were required to take a shower. I don’t know if that was because of state law or what but I can tell you it wasn’t optional.

At any rate, Billy really got bullied by other guys. The reason? Some of the other swimmers who were more developed (read between the lines) gave him the nickname of “smalls”. I can still remember girls giggling in the hallways as they passed him by, saying things like “Hey Smalls – what’s up?”

Billy would go on to graduate high school and eventually joined the U.S. Navy I haven’t talked to him in years, with the exception of the occasional interaction on social media. But I can’t help but think that dude wasn’t traumatized, at least in some way, by the nickname.

Related: Being confident when meeting a stranger

Trauma can visit us in other forms, particularly when it comes to genitalia. So, if what I mentioned above doesn’t resonate, you may want to search your memories to identify what might.

Believe it or not, parents and siblings can also inflict psychological damage in ways that directly relate to the topic at hand.

I’m not going to go into all of the different possibilities because if I did, this reply would never end. But I do encourage you to think about this more and consider talking to a helping professional, like a therapist, about what you have shared.

There is an excellent article on this topic over at Mental Help. I highly recommend.

Finally, I want to touch upon another issue you didn’t directly mention but instead, hinted at. Specifically, I’m talking about the game of comparisons. If you look at what you wrote, you said, “I think it’s a lot smaller than most guys.”.

My question to you is how do you know this? Is it because of what you’ve read somewhere else (which is probably inaccurate) or are you comparing yourself to imagery?

If the latter is the case, I’m here to tell you that what you see isn’t necessarily “accurate”. That’s because digital images are often altered to make equipment look larger than it really is.

And for what it’s worth, the same holds true for digital images of women. In other words, what you see may be purposely exaggerated, thanks to clever camera positioning and airbrushing.

I guess what you are hearing me say JS is simply this – avoid playing the game of comparisons. Not only is it toxic for your mental health, it’s unfair (meaning to yourself).

Here’s the real deal bud. Most of us are right where that Science article mentioned above suggests. Moreover, and I know this sounds cliché, it’s not about size but instead, what you do with it.

And I’m not just saying that. You can check out some research on this topic for yourself in this U.S. News and World Report article.

Finally, I’ll leave you with this. Sometimes, the root cause of a man’s anxiety in the intimacy department relates to confidence. Here, I am talking about feeling strong enough inside to please a partner and ultimately, satisfy them.

In the absence of that confidence, it’s not all that unusual to get caught up in distortions – meaning false narratives about ourselves that can negatively influence self-perception.

Should this ring true, there is a book I’d like to recommend called The Dating Playbook for Men (see Amazon). Inside, you’ll find a focus on male psychology, dating, and the importance of confidence building.

JS, all of us carry personal demons but that doesn’t make us broken people. But I do think the concept of yourself may be limiting your happiness – and full potential. That’s why I want to encourage you again to think about working with a professional to explore some of what may be going on.

Be sure to write back and let us know how things are going. Thank you – seriously – for being brave enough to reach out.

What Is Anxiety Plus How To Work Through Podcast

Anxiety – a closer look At some point in your life, you’ve probably experienced some form of anxiety. Maybe it was just a little or perhaps it was a lot. The point is all of […]