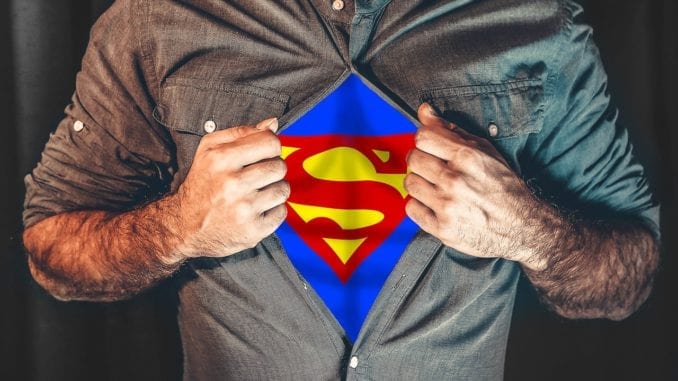 Trending News: Superheroes inspire you more than you think

Are you a fan of Superman? How about superheroes in general, like Thor, Spiderman, Captain America or The Flash? If so, you wouldn’t be alone. As children, most of us grew up with a favorite superhero and remained attached to that character well into adulthood.

Speaking only for myself, I can tell you that I always dug Superman, in all of his different debuts, including Smallville. Perhaps you can relate?

Well, it turns out that watching those caped crusaders doing their superhero thing may have impacted you more than you think.

Yep, that’s right. According to a new study published in the journal Frontiers in Psychology, folks who are exposed to superhero images, like Green Arrow, for example, are more likely to engage in superhero behaviors.

Specifically, I’m talking about prosocial behaviors; a $10 term used to describe actions that are designed to benefit others and society as a whole.

Investigators exposed 245 participants to common household images that contained subtle echoes of a superhero, like Superman or Spiderman.

What researchers discovered were the participants who were shown these images were significantly more likely to engage in prosocial behaviors when compared to folks who were not.

Related: Here’s how to get Thor’s beard

Dr. Jeffrey Green, a study author and associate professor of psychology at Virginia Commonwealth University, shared the following about the study.

“Heroes come in many shapes and forms. Some are fictional and others are real-life role models. We decided to study the effect of well-known fictional heroes, such as Superman or Spiderman, as people may tend to be more motivated to emulate behaviors where there is little realism,” said Green.

Investigators believe that future research may help us to better understand real-life superheroes, like firefighters and other emergency responders, with the goal of better understanding what motivates them.

Guy Counseling spoke to Alan Tsang, a psychotherapist in private practice to get his reaction to this study. “The research is interesting. It makes sense that heroic actions, even when seen on film or T.V., inspire people to move beyond themselves and focus on the needs of others. It would be interesting to see future studies and assess if some people were inspired early on to help others and how that influenced their career choices,” Tsang said.

Well, there you have it, folks. Maybe watching all of those Avengers movies provided more than fun entertainment. It’s possible the imagery sparked your inner-helper.

Who is your favorite superhero? Has this character had an impact on you in some way?

Are Men Overworking Themselves To Death? One Study Says Yes

Trending News: How much work is too much? In 2019, one would assume that working and at least having a job should be commendable. However, despite what some claim to be a booming economy, more […]