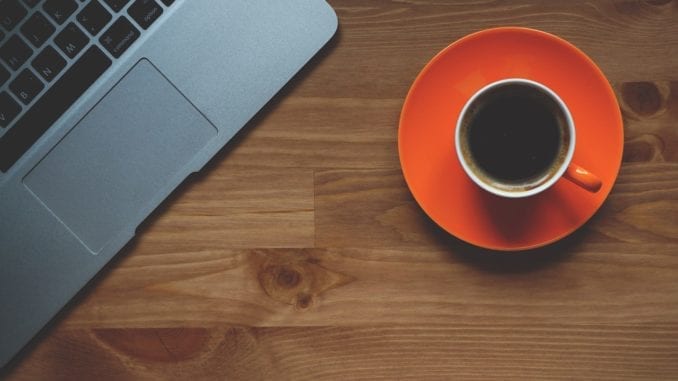 Look around your office for a moment. Is it neat and clean? For example, are papers stacked into piles or are they scattered everywhere? How about your binders and books? Are they standing upright and straight or are they strewn about haphazardly?

Believe it or not, your answers to those questions may reveal something about your personality. Well, that is if you believe the results of a new study that suggests having an messy office may telegraph to others that you are an uncaring, neurotic jerk.

Yep, you read that right. According to a University of Michigan study, folks who have messy workspaces [unintentionally] send a negative message about their personalities to coworkers.

The findings have been published in the Journal Personality and Individual Differences.

“I think this line of research is thought provoking but I’m not sure we can generalize the results to everyone because different workplaces have different norms,” said Costa Provis, a Licensed Psychotherapist who Guy Counseling spoke to about the study.

For this investigation, researchers conducted three experiments involving 160 people. Participants were randomly assigned to three offices that were identically decorated.

The first was clean and uncluttered. The second was “somewhat” messy. The third was a complete disaster.

So, what did the findings show? Well, participants who sat in the second office (“somewhat messy”) assigned negative traits to the occupant, such as being less agreeable and more neurotic than the neat office.

And the impression of folks who sat in the third, unkempt workspace? They assigned super undesirable qualities to the occupant, such as being uncaring, highly neurotic, and lacking contentiousness.

Related: Do you have a jock personality?

There are limitations to this research. Probably the biggest drawback is that the offices were designed to give participants the impression they were occupied by a man.

Second, some workspaces are naturally going to be “messy” because of the nature of the job. An example might be someone working in the creative space, where clutter is the norm.

Finally, there is an argument to be made that an overly organized office may telegraph other undesirable personality traits, such as being a control freak or anally retentive.

“Perhaps the biggest takeaway from this study is that people do form first impressions, based on subjective experiences,” commented Provis. “Still, it might not be a bad idea to tidy up your workspace at the end of the day,” he said with a laugh.

What does your workspace look like right now? What impressions do you think it broadcasts about your personality?

What Jobs Best Match My Personality?

RIASEC Made Simple Are you looking for the RIASEC test? Trying to understand how your personality best matches a given career or job? If the answer is yes, you’ve come to the right place. As […]

Office affairs can spell trouble Thinking about having an office affair? Are you crushing on a coworker and hoping something happens? Do you get the sense an office-mate wants to hook up? If you are […]

Being an alpha male is more involved than you think When people hear the term “Alpha Male” it, it usually conjures up mental imagery of a super good looking guy who holds the traits of […]