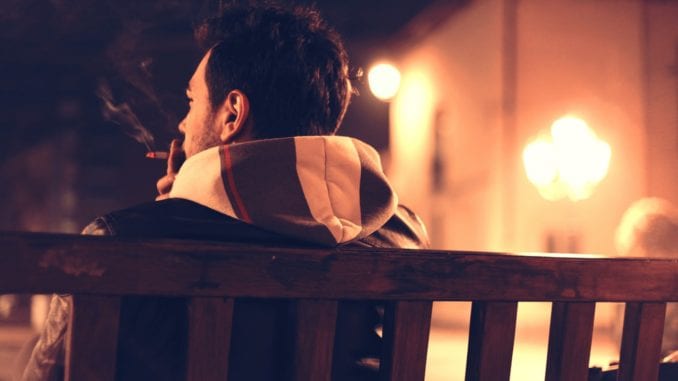 Vaping has been all the rage among teenagers for the last several years. But new a new line of research conducted by investigators at the University of California, San Francisco (UCSF) suggests  many of these adolescents will eventually move on to smoke real cigarettes.

Moreover, the transition happens within a year.

“We’ve seen the prevalence of youth cigarette smoking decrease over the past 20 years, but the rising popularity of these non-cigarette products is a fairly recent development that poses new questions for tobacco control and youth smoking prevention,” said lead study investigator, Benjamin Chaffee, PhD, of UCSF to CBS News.

The study, which has been published in JAMA Pediatrics, details the findings of a national survey of 10,000 adolescents aged 12 to 17 from across the United States who indicated they have never smoked cigarettes.

A year later, researchers followed up. When the teens were asked once again about their use of tobacco, the responses were telling.

The data showed that teens who vaped and/or used other forms of non-cigarette tobacco were twice as likely to have smoked cigarettes within 30-days of the one year follow up.

Chaffee also observed that all the different forms of non-cigarette tobacco explored in the study were linked to the same increase in risk of future cigarette smoking.

“These products are different in terms of how they are used and marketed, but as risk factors for youth smoking, they appear to be nearly the same,” he said.

The research also showed that teens who used more than one tobacco product were more likely to move on to traditional cigarettes.

Previous studies have found evidence to suggest that e-cigarettes (plus other non-cigarette tobacco products) act as a gateway to conventional smoking.

The Food and Drug Administration banned sales of e-cigarettes to teens back in 2016. But Chaffee thinks a lot more needs to be done. He suggests banning flavored vaping products and increasing the minimum purchasing age to 21.

“Measures that reduce the appeal of these products to adolescents, like banning flavors, increasing the minimum purchase age to 21, and taxation, would help keep youth from starting to use tobacco in any form,” he said to CBS News.

A recent study appearing in Royal Society Open Science found that people who smoke cigarettes are viewed as overwhelmingly unattractive.

Men who drink and smoke too much at risk of aging prematurely A new study Danish study strongly confirms what many people already know: that heavy alcohol use and smoking are linked to the tell-tale […]

Teen Use of Marijuana May Contribute to Adult Anxiety (Study)

Trending News: Link drawn between weed and anxiety When you were in high school, did you smoke marijuana? As you grew older, did you develop anxiety? If so, would your condition qualify as an anxiety […]