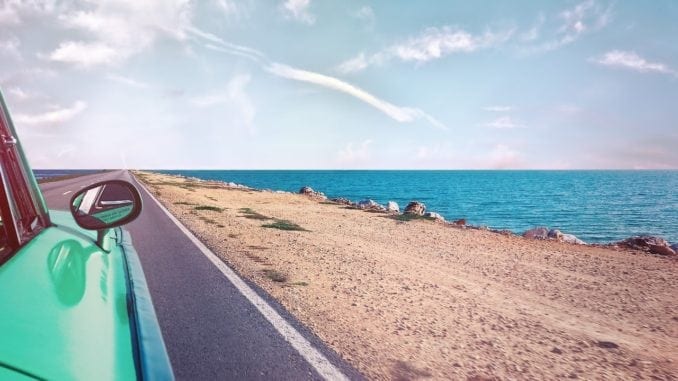 Which auto wins out? We review and compare

Crossovers and SUVs aren’t expected to have much off-road prowess these days, but that’s not the case with the 2019 Subaru Outback and the Toyota RAV4.

These are highly capable vehicles that opted out of the trendy gimmicks of wide front fascias and oddly futuristic body styles. Instead, Subaru and Toyota have doubled down on long-lasting value and the promise of adventure.

The Subaru Outback has an impressive interior with lots of cargo space, standard all-wheel drive and a ton of safety equipment. The four-cylinder Boxer engine under the hood of the Outback achieves 28 combined miles per gallon and is mated to one of the best CVT automatic transmissions on the market today.

The RAV4 is Toyota’s highest-selling vehicle and comes into 2019 with both barrels blazing.  The 2019 Toyota RAV4 dazzles with the new XSE HV model trim.

The XSE HV has the aggressive body kit of a sporty crossover and the fuel economy of a hybrid car all wrapped into one vehicle. Also, for the first time, the RAV4 is available with multi-terrain select and all-wheel drive torque vectoring.

So, it can truly compete with off-road capable crossovers from Jeep and Land Cruiser, not just Subaru’s Outback.

When it comes to the vehicle’s exterior, the Subaru Outback leans more on function than form. It looks more like a wagon than a crossover, with a long 189.9 inches body and roof rails that raise the height to 66.1 inches.

The Outback is well-suited for off-road adventures with a ground clearance of 8.7 inches. The front end is rather muted with a small front grille, but the fog lights and LED headlights that track in the direction you’re driving are a nice touch. The profile and rear of the vehicle are bland in every model trim level, but the adjustable power rear hatch makes hauling items a breeze.

The exterior of the 2019 Toyota RAV4 is more stimulating. At first glance, it bears a striking resemblance to the Toyota Tacoma. The front fascia is somewhat busy with chiseled, segmented panels that jut out in sharp angles.

All three models have signature styles of their own. This RAV4 sits high with available roof rails; at 66.9 inches from the ground, it’s lower than previous models. It’s also wider at the wheels.

The Limited Edition towers over the road with 19-inch wheels, and the XSE HV model looks positively mean.

The 2019 Subaru Outback has two powertrain options. There’s a 2.5-liter flat four-cylinder engine that produces 175 horsepower and 174 pound-feet of torque.

Anyone intending to do some serious hauling or off-roading will be better served by the 3.6-liter flat-6 that puts out 256 hp and 247 lb. ft. of torque. Both powertrains are expertly managed by the continuously variable transmission (CVT). The Outback has best in class fuel economy with 32 mpg on the highway and a combined rating of 28 mpg.

All-wheel drive is standard on all models and it’s symmetrical, meaning that it’s lined up down the center line of the vehicle for optimal performance in adverse conditions.

The 2019 Toyota RAV4 has two powertrain options, as well. Most models will come with a 2.5-liter inline four and an eight-speed automatic transmission.

Toyota has been tight-lipped about the horsepower and torque specs but promises at least 15 percent more power over the previous RAV4.

Most impressively, the RAV4 has a hybrid model  — the XSE HV. It has sport-tuned suspension, CVT transmission and of course, a battery pack. For off-road performance, the 2019 Toyota RAV4 has shaved the front and rear overhangs.

It’s also raised the vehicle by a little over half an inch. The chassis is 57 percent more rigid and the Adventure model has an all-wheel-drive system that has rear driveline disconnect. The interior has a control knob that can toggle between terrain settings for the optimal traction control.

The 2019 Subaru Outback starts the discussion with a flexible interior space and 60/40 split-folding seats. The Outback boasts a total passenger volume of 108.1 cubic feet and a maximum cargo volume of 73.3 cubic feet.

Base models can feel a bit bare bones, but the Touring models get java brown leather, a power moonroof, a heated steering wheel, heated front and rear seats, and signature wood trim. For infotainment, the Outback comes with front and rear USB ports and 4G LTE Wi-Fi.

For the best equipment, the Limited model comes with a 12-speaker audio system, 8-inch touchscreen with navigation, and an electro-luminescent instrument cluster.

Now, the 2019 Toyota RAV4 doesn’t scrimp on the amenities either. It has 60/40 split folding seats and rear seat passenger space that is on par with the rest of the class.

Each model trim has some signature accents that are sure to excite the senses. The Limited has a 7-inch multi-information display screen, digital rearview, and a panoramic moonroof. WiFi is standard as well as Apple Car Play and Android Auto compatibility.

Up to five USB ports and a wireless charging station are optional add-ons.

The 2019 Subaru Outback has benefited from some new updates to its safety systems. Active lane control, adaptive cruise control, and automatic emergency braking were offered only on mid-level and higher models last year, but now they are standard on all Outback models for 2019.

The package is sweetened for the Premium, Limited, and Touring models by including blind spot monitoring. A rearview camera is standard on all models.

Toyota counters by offering the same standard features in the Toyota Safety Sense suite and adding automatic high-beam headlights and pedestrian detection to its automatic braking system. The optional safety features are also similar, but the 2019 Toyota RAV4 has an optional surround-view camera and rear cross-traffic braking.

When it comes to safety-first design, the Subaru Outback edges ahead. The frame of the 2019 Subaru Outback has slender roof pillars and a low beltline that provides some of the best outward visibility in the segment.

The RAV4 has added a rearview mirror for 2019 that utilizes a camera system so that those chunky roof pillars impede your visibility less.

Side mirrors have also been placed lower, the beltline dropped, and the rear quarter glass enlarged. That’s not enough to beat the 2019 Subaru Outback’s safety choices from the frame up.

At the Finish Line

The Outback has a niche market: people who want a capable SUV that somehow also manages to fit into the crossover realm. The Toyota RAV4 has already proven itself in the crossover domain and is now stepping on the Outback’s toes, so to speak.

The 2019 Subaru Outback banks on safety features and interior space, but that’s not going to win the overall contest. This matchup comes down to a love of all things new.  Car buyers and automotive enthusiasts are attracted to excitement and novelty.

Both the Subaru Outback and the Toyota RAV4 have made some upgrades this year, but Toyota has taken a more aggressive approach to the RAV4’s improvements.

Subaru has always been a conservative automaker and in the case of the new Outback, their decision to leave it virtually untouched from previous designs has probably failed them.

The 2019 Toyota RAV4, with a new model trim and updated body style and chassis, has thrown its hat into the off-road ring with torque vectoring all-wheel drive and multi-terrain select features.

However, the RAV4’s off-road capabilities are unproven.

It’s a new platform, but the Subaru Outback has been up and down those trails already. If this were a marathon, then the 2019 Subaru Outback would be a sure winner. However, in this comparison, the 2019 Toyota RAV4 wins the dealership sprint by offering something new on an already popular vehicle.

5 Facts About the 67′ Chevy Camaro

1967 Chevy Camaro Facts Are you a fan of the 1967 Chevy Camaro? When you see this car on the highway, does it grab your attention? Curious about the history of this automobile? If the […]

What Dreams About Car Problems May Mean

Trending News: What car trouble dreams may reveal   Do you have dreams about car troubles? In your dream, do you see yourself trying to pump the breaks, only to discover they don’t work? Does the […]