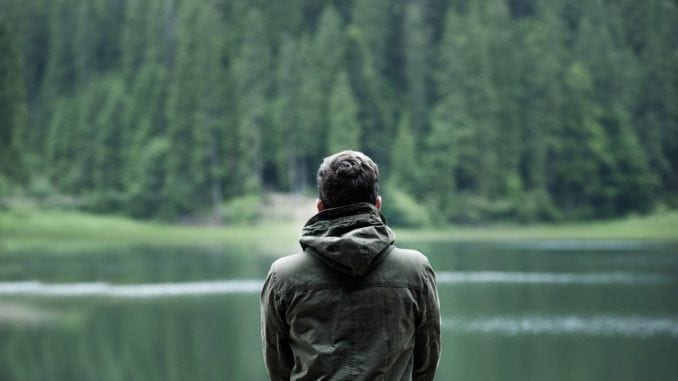 Have coworkers hinted your you have bad body odor?

Have you ever had a coworker say that you smell? Do your officemates complain about your body odor? Sounds horrifying, right?

Well let me tell you – it was for my client.

That’s right. Not long ago, I had a 28-year old man visit me in complete distress. For the purposes of this blog post, I’ll refer to him as Bryant.

Here’s a little background to help bring things into context. Bryant is a 28-year old man who and works as a data analyst for a large software company.

One day while at work, he decided to leave his cubicle and go outside for lunch. “When the weather is nice, I try to walk along the riverfront,” he explained to me in an anxious voice.

Apparently, when his break was over and he returned to his desk, he found a type-written note, accompanied by a miniature bottle of men’s body wash.

Pulling the crumpled piece of paper from his pocket, he handed it over to me. Here is what it said:

Nobody here wants to tell you to your face, but you’ve got bad BO. Have you ever noticed people avoid you around the office? Start using this today. You smell and it’s annoying.

When I handed the letter back to him, I could see the embarrassment in his eyes. “Do you know how messed up this is? People think I stink. I’m so ashamed,” he said.

After processing some of his feelings, I wanted to know more about what may be happening. Was there a history of workplace bullying? Had he experienced discrimination? What was his insight into who may have left the letter?

As we got to talking, Bryant opened up a bit and said that since taking the position a year ago, he’s never experienced problems with others. Identifying as biracial, he also said he’s never felt discriminated against at work.

Halfway through our dialogue continued, he said that he’d recently broken up with his girlfriend and that as a way of coping, he was drinking beer at night.

“Sometimes, I have a few bottles before going to bed. It keeps me from picking up the phone and calling her. I know that’s probably not the best approach but I’m just being real with you.”

I knew from experience that alcohol can cause body odor. Beer is one of them. Beer can be particularly bad. The truth is when a person drinks too much, their system has to work extra hard to push out the toxins. Most often, this happens through urination and sweat.

When I asked Bryant if he was getting up on time, he replied, “Yes – but when I leave my house, I’m in such a rush that I don’t always get a chance to shower.”

At the end of our session, I suggested he report the issue to his human resources department. I also encouraged him to give serious thought to his alcohol use.

Fast forward to a few weeks later during a follow-up session.

Bryant told me that he had stopped drinking. He also said that he made it a point to take the time to shower each morning. When I asked him about the breakup and how he was dealing, he said he’d begun to reach out to friends.

The point of my sharing this with you isn’t to suggest that people who drink smell. That’s simply not true. But it is to say that when some folks develop a problem with alcohol, it can have unintended consequences.

In Bryant’s case, he was using beer to medicate his emotional pain: an activity that interfered with his ability to engage in self-care (showering). Moreover, also didn’t realize the impact alcohol was having on his life.

One of the ways you know you’ve got a problem with a substance is by looking at the toll it takes on your life. In Bryant’s case, he was able to quickly see the cause and effect.

Will he remain sober forever? That’s hard to know. For now, his body odor issues seem to have gone away.

Can you relate to Bryant’s experience?

Can Family Alcoholism Make You More Likely To Drink?

Your brain may be primed to drink according to research SHORT STORY If you have a family history of alcoholism, your brain may be conditioned to desire a drink. LONG STORY Have you ever wondered […]