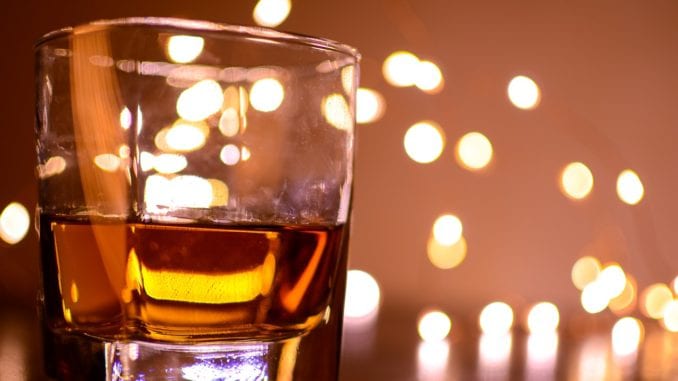 There really is a drink that includes a frozen toe

There’s just no way to make a quick version of this.

Honestly, just when you thought you have heard everything, along comes a story that makes you scratch your head and think, “Are you for real?”

Believe it or not, there’s a bar in Canada where you can order a whiskey cocktail that includes a brown, frostbitten toe as garnish. I’m not making this up. It’s for real.

Since 1973, this downtown hotel in Dawson City, Canada has been offering patrons the Sour Toe Cocktail to folks who might be interested. Apparently, the first frostbitten digit was donated back in 1890 per a report in the Mirror UK.

Our mouths dropped when we took a look-see at this cocktail.

According to various reports, the tavern has served up this unique drink over 100,000 times. They have a number of rules, however, according to the Mirror’s reporting for folks who are brave enough to down this puppy.

“You can drink it fast, you can drink it slow, but your lips must touch the toe,” per the Mirror’s piece. No swallowing of the digit is allowed. Folks who have done this got nailed with a $500 fine. If you can do all of these things, you get a certificate at the end.

What else can we tell you? Well, there was a Marine Commando who lost three of his toes back in February, due to severe frostbite. It was then he decided to send his digits to the bar.

“When I was going into the theatre I asked the surgeon if I could save my toes and told him what it was for,” 46-year-old British explorer Nick Griffiths told the Mirror. “He found it quite amusing.”

Griffiths then added: “I wrote to the Downtown Hotel to tell them about my toes and what had happened, and they said they’d love to have them.”

So, are you down for this cocktail?

Cutting Back on Alcohol May Help You Stop Smoking

Trending News: Reducing Alcohol May Help You Quit Cigs Are you thinking of quitting smoking in the new year? Hoping to increase your chances of staying quit for as long as possible? If so, you […]