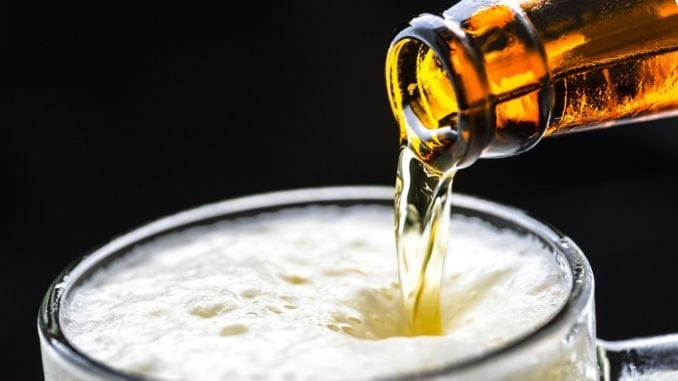 A new line of research suggests may be good for your sperm volume.

On this blog, we try to be somewhat balanced when it comes to alcohol use. Most of us already know that booze, at least too much of it, can have a negative impact on physical and mental health. Example: If you drink a lot, it can worsen depression.

That said, this doesn’t mean occasional drinking is a bad thing. In fact, there is some research to suggest moderate drinking has benefits.

Case in point: The Journal of Andrology recently published a study that offers interesting news. Researchers observed 323 men over a two-year period and asked them how many drinks they downed per week.

In order to better understand their drinking habits, the guys were divided into four categories. 1. Men who never drank 2. Guys who had one to three drinks per week 3. Dudes who had four to seven a week and 4. Men who had eight or more.

Here’s what investigators learned: The men who had four to seven drinks a week had higher semen volume and count when compared to the other groups.

And according to what they are saying over at Men’s Health, this means their fertility rates were higher than the other categories.

Now before you get too excited, bear in mind that this study was all about self-reporting; a factoid that can’t be discounted because historically, people tend to lie about how much they drink.

And to be fair, there have been other studies to suggest that moderate alcohol use can have a negative impact. If your goal is to increase size and count, there are natural options to consider. These include getting plenty of rest and eating citrus fruits, walnuts, and fish.

Still, the results of this study are interesting. Do you think alcohol is helpful or harmful to sperm count and volume?

About John D. Moore 376 Articles
Dr. John Moore is a licensed counselor and Editor-in-Chief of Guy Counseling. A journalist and blogger, he writes about a variety of topics related to wellness. His interests include technology, outdoor activities, science, and men's health. Check out his show --> The Men's Self Help Podcast
Website LinkedIn

7 Benefits I Experienced After Quitting Drugs and Alcohol

I was addicted to drugs and alcohol– and still am. My sobriety has been an amazing gift  Nine years. That’s how long ago I decided to make the positive change in my life and get […]